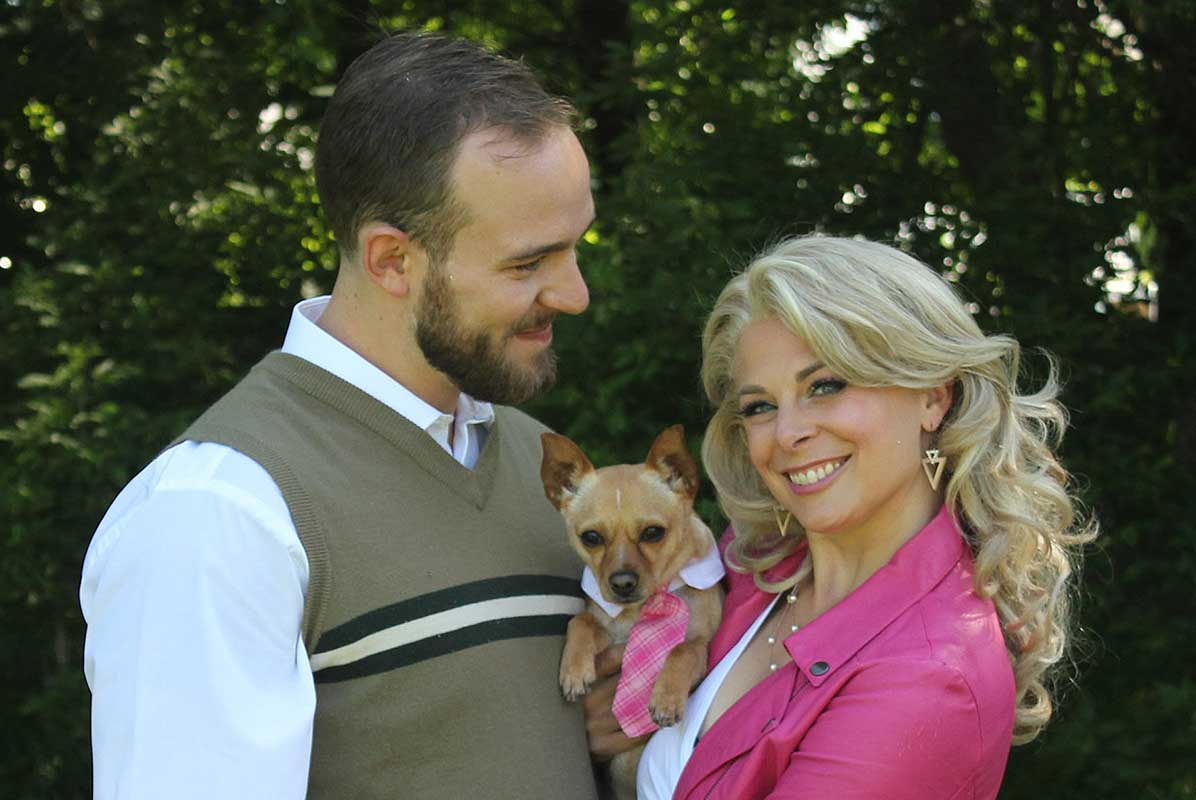 Much meaning for Legally Blonde: The Musical, running through July 6 at Cortland Repertory Theatre, depends on the shade of pink. Our heroine Elle Woods (Lara Hayhurst), who proves she has guts and brains when she wows Harvard Law School, is often outfitted in pink. In dressing her, costume designer Jennifer Dasher rejected all the banal choices, like cotton candy or Barbie, in favor of an intense Elsa Schiaparelli pink. A small decision itself but indicative of a show and production that blow away the 2001 film it’s based on. If you have only seen Reese Witherspoon’s fluffier-than-air hit movie, you’ve missed all the fun.

top-zaymov.ruThe 2007 musical version of Legally Blonde is the creation of the husband- and-wife team of Laurence O’Keefe and Nell Benjamin, who also produced the ultra-dark cult hit, Batboy: The Musical. Their book by Heather Hach is generally faithful to the plot turns of the movie but has an entirely different texture, filled with parody, understated wit and allusiveness. The rock score freely borrows from Gilbert & Sullivan, the Shaker hymn “Simple Gifts” and the Irish phenomenon Riverdance. In the hands of director Trey Compton and choreographer Matthew Couvillon, it is a floor-thundering dance show where the male and female choruses continually push themselves to the limits.

Outwardly, the plot is a deadpan spoof of a Hollywood rom-com from 80 years ago. Elle, a fun-loving cheerleader at UCLA, is rejected by her boyfriend Warner Huntington III (Jeffrey Keller), who has been accepted by Harvard Law and aims to be a senator by the time he is 30. Elle missed the memo that any WASP with a “III” after his name is a cad. He does not find her sufficiently “serious.”

Scowling Vivienne Kensington (Madeline Hudelson), also going to Harvard, looks to be a better asset for ambition. Still hoping to win Warner back, Elle crams for LSATs, scoring 179 (180 is perfect), and shows up at Harvard herself.

In Amanda Brown’s novel that preceded the movie, the law school was supposed to be Stanford. Then the humorless prigs of Palo Alto objected. Moving the venue to Harvard, who loved being in on the joke, also opens the door to O’Keefe, who is not only an alumnus but a player in the Hasty Pudding satirical show, which unmistakably influences the musical.

Thus the production flashes the Harvard seal, Veritas, with approval, and portrays the imperious Professor Callahan (Greg Bostwick) employing rapier wit to urge students to turn themselves into courtroom sharks. “Look for the blood in the water/ Read your Thomas Hobbes/ Only spineless snobs/ Will quarrel with morally dubious jobs./ Yes, blood is in the water/ Your scruples are a flaw.” Experienced local pro Bostwick has long been at home in both dramas and musicals, and skillfully keeps hidden some other sharkish aggressions.

Additionally, the move to the East Coast adds more tensions: Pink is more out of place when everyone is wearing black. Further, competing social classes lie in closer proximity in Boston than they do in Los Angeles.

Elle soon begins to work closely with a schlumpily dressed fellow student named Emmett Forrest (Woody Minshew). Far from being a member of the elite, Emmett, from the scruffy Boston suburb of Roxbury, has found his place in law school through the meritocracy. He proclaims the smashed stereotype in “The Harvard Variations,” with other outsiders like geeky Aaron (John Neurohr), lesbian Enid (Eric Wilpon) and immigrant Sundeep (Usman Ali Ishaq). Wrongly perceived as an airhead, this is where Elle fits in.

She also forms bonds with people who work for a living, like plus-sized but bumptious African-American hairdresser Paulette (Kennedy Salters). Plagued with loser boyfriends, Paulette longs for a dream guy from the Emerald Isle in “Ireland,” a top applause-winner in the first act. The role of Paulette was not written for a black singer, but director Trey Compton has astutely cast Atlanta-based Salters, an electric scene-stealer in last summer’s Newsies and Saturday Night Fever. She owns the number.

Nothing, however, will be taken away from lead Lara Hayhurst, who appears in 12 musical numbers, many calling for hoofing and split-second costume changes. Despite extensive New York City and regional credits, many in the audience may not know Hayhurst’s name but they begin to feel they do. Her last Cortland Rep appearance was in The Andrews Brothers (August 2010). Many applaud her first entrance through an archway for the mock Valley Girl talk, “Omigod, You Guys.”

Hayhurst’s vibrancy never flags, even when the back of her Playboy Bunny costume (an allusion to Gloria Steinem) begins to come apart. Hayhurst is also credited as the “Animal Handler,” keeping hairless pooch Bruiser on cue, even exchanging tongue-tangling kisses with him.

Along with being artistically and intellectually more compelling than the movie, Legally Blonde is also a bigger dance show than commonly perceived. For the sheer numbers of calories expended, it could rank with 42nd Street or Sweet Charity. Shelley Barish’s mobile and impressionistic set design allows for the maximum space for ambitious, how-can-theydo- it numbers. In one number, jailbird Brooke Wyndham (Caitlin Lester- Sams) leads an ensemble in “Whipped Into Shape” with synchronized rope-jumping.

Jacob Carll leads a dynamic ensemble of eight musicians. At one time producers thought it impossible to fit that many players into the century- old Little York Pavilion. The one drawback is that Carll and his people produce enough volume for a much larger space, drowning out the words of the chorus and some subtler performers. Despite this, Cortland Repertory’s breezy adaptation beats the original.