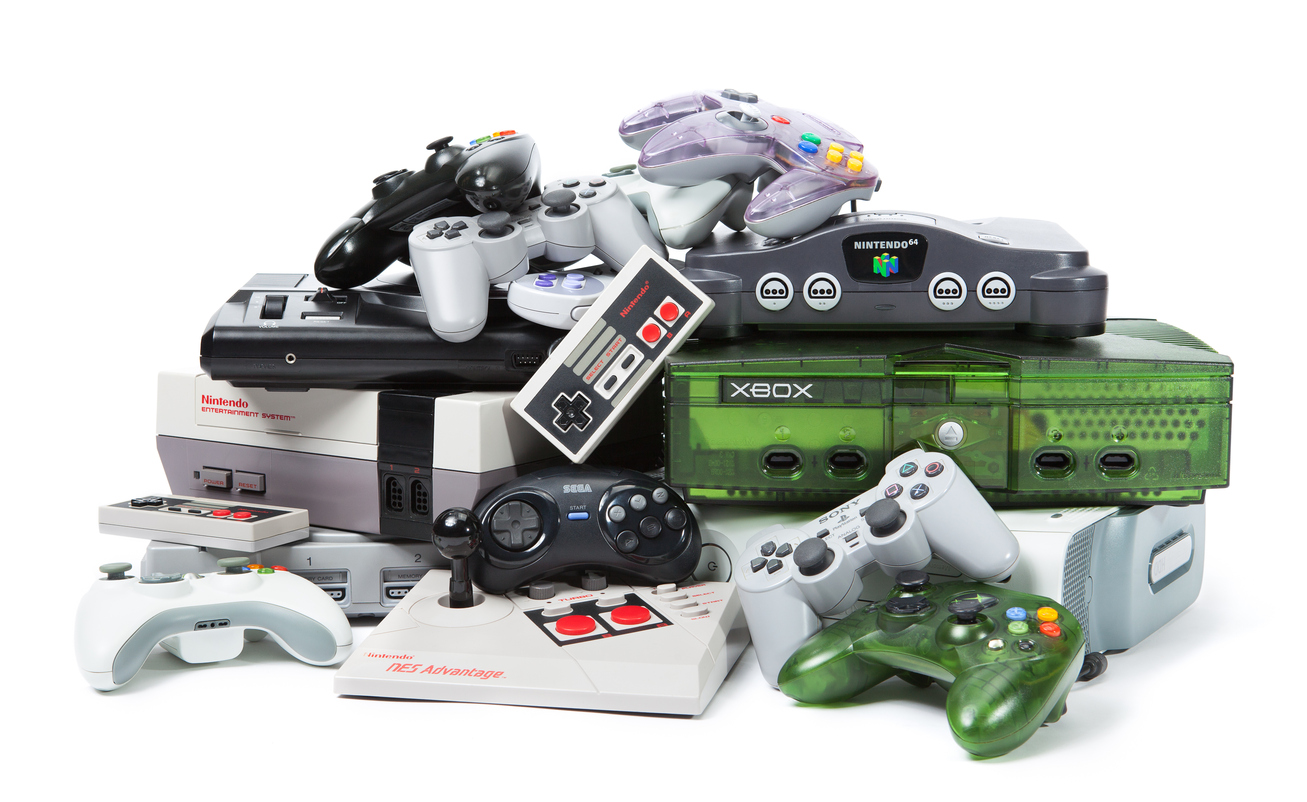 The convention celebrates the art form, culture and nostalgia of video games.

The convention celebrates the art form, culture and nostalgia of video games. To achieve these goals, some of the industry’s most influential figures will participate.

For fans who were around during the golden age of Pac-Man on the Atari back in the 1980s, David Crane, the man who created Pitfall (the second best-selling game behind Pac-Man), will be in attendance. Crane was also the co-founder of Activision, today’s largest video game publisher in the United States.

Renowned game programmer Garry Kitchen will also make an appearance. Kitchen helped develop popular games like Donkey Kong for the Atari. Crane and Kitchen co-founded the Absolute Entertainment and Skyworks Technologies companies that were responsible for publishing many video games and the advent of advergaming (advertising using games). The pair will hold a keynote presentation on Saturday at 2 p.m.

Local shop Classic Trilogy Tattoos will be taking walk-in clients and appointments, with Thom Bulman, Derek Zielinski and other artists in charge of the inkings. They specialize in creating video-game, comic book and pop culture body art.

Popular YouTubers with backgrounds in video games such as TheGamingHistorian, Pete Dorr, Rerez, Grimsie42, and Pat the NES Punk will hold meet-and-greets and question-answer sessions regarding the historical rise of video games as a critical aspect of youth culture.

There will be free play tournaments featuring Mario Kart 8 Deluxe on the Nintendo Switch, Goldeneye on the Nintendo 64, and even Tetris. The tournaments serve as an introduction into the world of competitive gaming, also known as eSports. Players with enough skill and competitive acumen may be scouted out by professional eSports organizations, which may provide sponsorships and opportunities for higher levels of competitions at major video game tournaments.

Those willing to test their skills in competitive video games can pay $10 to enter Cusetown Beatdown, upstate New York’s largest Smash Bros. tournament series. It will feature every Smash game, from the original Super Smash Bros. on the Nintendo 64, to the most current Super Smash Bros. for Wii U.

“The tournament attracts hundreds of smashers from upstate New York and beyond,” said organizer Erik Garb. “In Melee, we’ve seen MIOM (Melee It On Me) Top 100 players like dizzkidboogie and DJ Nintendo show up, and for Smash Wii U, we had the legendary Ike Main San in attendance among all of upstate’s other heavy hitters. Expect a similar caliber of players this year. Be ready for the Beatdowns!”

There will also be a variety of tabletop games and pinball machines, provided by Wizards Pinball and Syracuse PINheads, for RetroGameCon attendees to geek out.

The convention raises money for Extra Life, dedicated to supporting Children’s Miracle Network hospitals. Attendees can participate in raffle baskets for charity, with 100 percent of the proceeds donated toward the Upstate Golisano Children’s Hospital.

The convention has earned rave reviews, especially from people willing to trek long distances to enjoy the fun. Justin LaClair, who is traveling from Virginia for the weekend, said, “It’s well worth it. The cosplay is awesome, the free to play area is massive with every console you could imagine! The best part is the massive selection of games! No, wait, it’s the panels! No, it’s the musicians! I can’t decide!”

John Denman, who hails from Rochester, said, “This has been one of my favorite conventions in the region. Between the guests they bring in, the phenomenal video game music acts, and tons of rare video game vendors, I look forward to it every time it comes up.”

Syracuse resident Brandon Sternburg noted, “It started out in a small hall in Driver’s Village and has expanded to be my event of the year. I always leave it smiling ear to ear. It’s turned into a reunion with high school and college buddies.”

And fellow Syracusan Tyler Harris commented, “RetroGameCon is easily one of the best conventions I’ve ever been to. The crowd and community that it draws are always so friendly and happy to be around other gamers, which is something that I can’t really say for many other conventions. There is so much to do there. It’s almost like a second home for some people. If gaming is something that interests you, it’s definitely worth checking out.”

A weekend pass is $20, while it costs $15 for Saturday and $10 for Sunday. Families of four (two adults and two children ages 16 and under) can get a weekend family package for $60, and children 6 and under may attend for free. For more information, visit retrogamecon.com.[snt]

Bergan Brothers Clothing is more than your average retailer
Photo Gallery: South Side Story
To Top