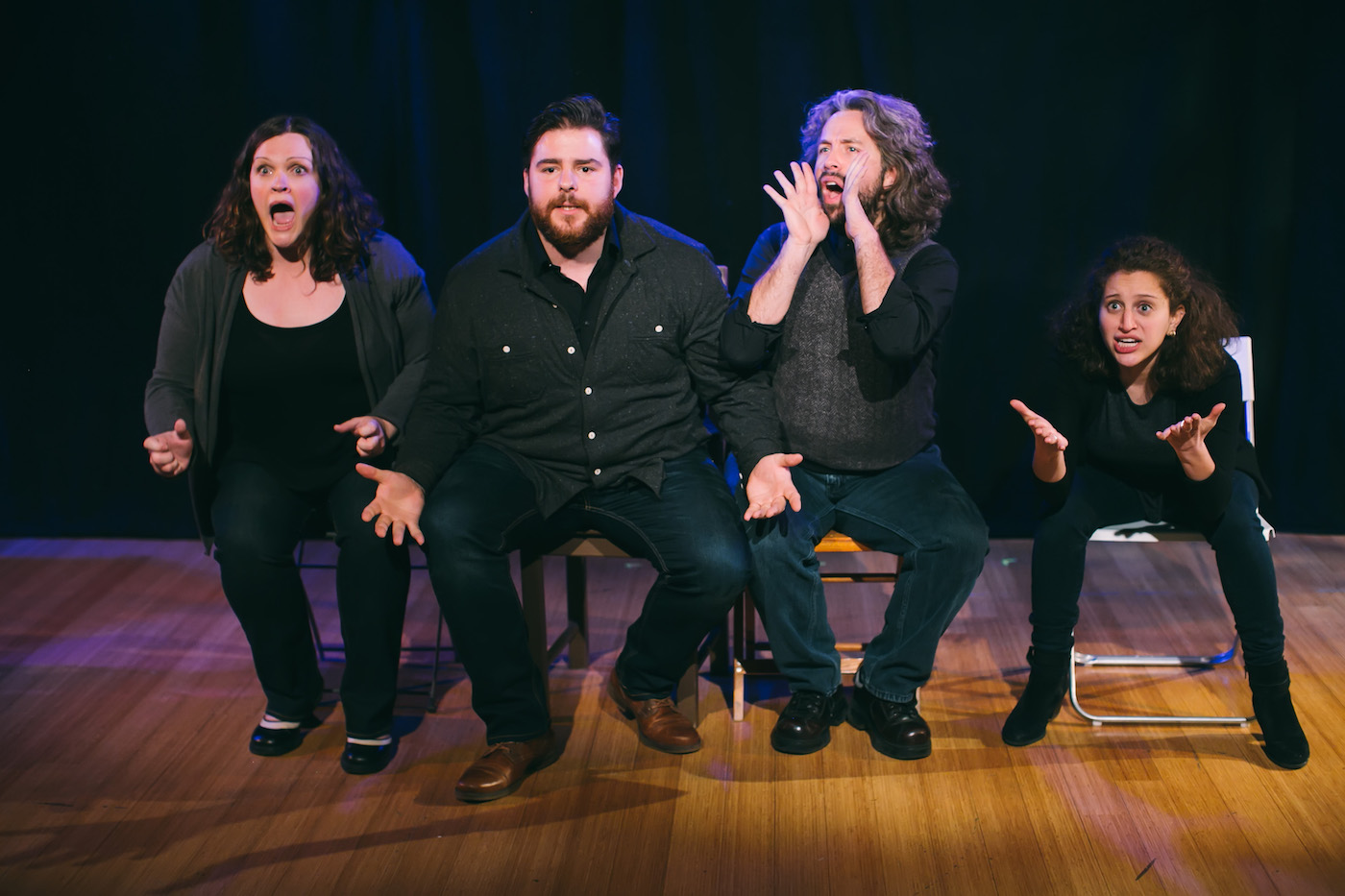 An evening of William Finn compositions wears well at the Redhouse Arts Center.

“The composer laureate of loss” is the sobriquet The Washington Post bestowed upon prolific lyricist William Finn, now in his 65th year. More celebrated in Manhattan than the hinterlands, the Tony Award-winning Finn lacks a single signature number that everyone knows, like “Send in the Clowns.”

That means Make Me a Song (2006), the third revue based on Finn’s output, will introduce many surprises to local audiences. The show runs through Saturday, Jan. 28, at the Redhouse Arts Center, 201 S. West St.

In these parts Finn is best-known for the Falsettos trilogy, which has been performed separately or in parts a half-dozen times, and A New Brain (1998), produced by the Syracuse University Drama Department in 2011, both of which are quoted in Make Me A Song. His most popular show, The 25th Annual Putnam County Spelling Bee (2004), is not cited this time.

The first two numbers of the show, starting with, appropriately, “Make Me a Song” and “Heart and Music,” point to the directions the enterprise will take. They are also aesthetic statements, emphasizing heart and art that give life to music. That does not mean that the entire 90-minute evening is of the same tone.

Although no song list is given, there appear to be more than 20, depending on how you count medleys or blends, many of them written for specific dramatic contexts and repositioned here. The gnawing sense of loss cited by the Post is indeed well represented. But so is a barbed, sometimes caustic wit, as in “Four Jews in a Room Bitching” and “The Baseball Game.”

Under John Grimsley’s spare direction, Make Me a Song has the most severely minimalist — make that Spartan — production values you will see this year. The set consists of a bare, wooden floor, an upright piano, and four uncomfortable-looking chairs. After the piano keys are plunked a few times, the piano is rolled to stage right where music director Jacob Carll does all the heavy lifting and joins in a few numbers. The costuming is down-market casual, with cast members looking as though they had been interrupted while doing a domestic chore, like taking out the trash.

Up front we are introduced to four performers. The men include Ben Sheedy, beefy, dark and given many comic numbers, and Dan Williams, long-haired and slender, whose voice glides easily into falsetto. The women feature the tall Lilli Komurek, with a voice that commands upper ranges, while the shorter Melanie Harrison sings more often of heartbreak in lower registers. Komurek, then known as Lilli Melnikow, won a Syracuse New Times Syracuse Area Live Theater (SALT) Award as Miss Adelaide in a memorable Wit’s End’s production of Guys and Dolls about a decade ago.

William Finn is among the most autobiographical of composers, and any lyric including the pronoun “I” is likely to refer to him regardless of its original dramatic context. Thus when Dan Williams sings of “Hitchhiking Across America,” we hear of attending posh Williams College, or recognizing his homosexuality, and a certain discomfort with Red State middle America. It’s tempting to think that Williams’ role is Finn’s alter ego, although to some degree each singer is. Williams has Finn’s voice again in “I Went Fishing with My Dad.”

Ben Sheedy also mimics Finn’s voice in the ongoing comic routine, “Republicans,” which comes in four parts. Finn, not much of a singer, has a YouTube loop of this, evidently a party piece that has a life of its own apart from any show. It’s small praise to say that Sheedy’s delivery gets more zing from the zingers. Sheedy reprises this tone in “Stupid Things I Won’t Do.”

The guys, however, can celebrate fulfilled love in numbers like “You’re Even Better Than You Think You Are,” something the women do not find in heterosexual relationships.

All the same, the women achieve some of the finest moments in this production. Melanie Harrison sings of powerful but layered emotions in the early “Passover Song,” and even more in “Trina’s Song” from Falsettos, perhaps the most easily recognizable number in the show.

Lilli Komurek reaches Finn’s finest moment late in the show with “All Fall Down,” the most lyrical and wrenching expression of loss.

An evening of William Finn compositions wears well, and makes you wonder why we haven’t seen more of his shows around here.