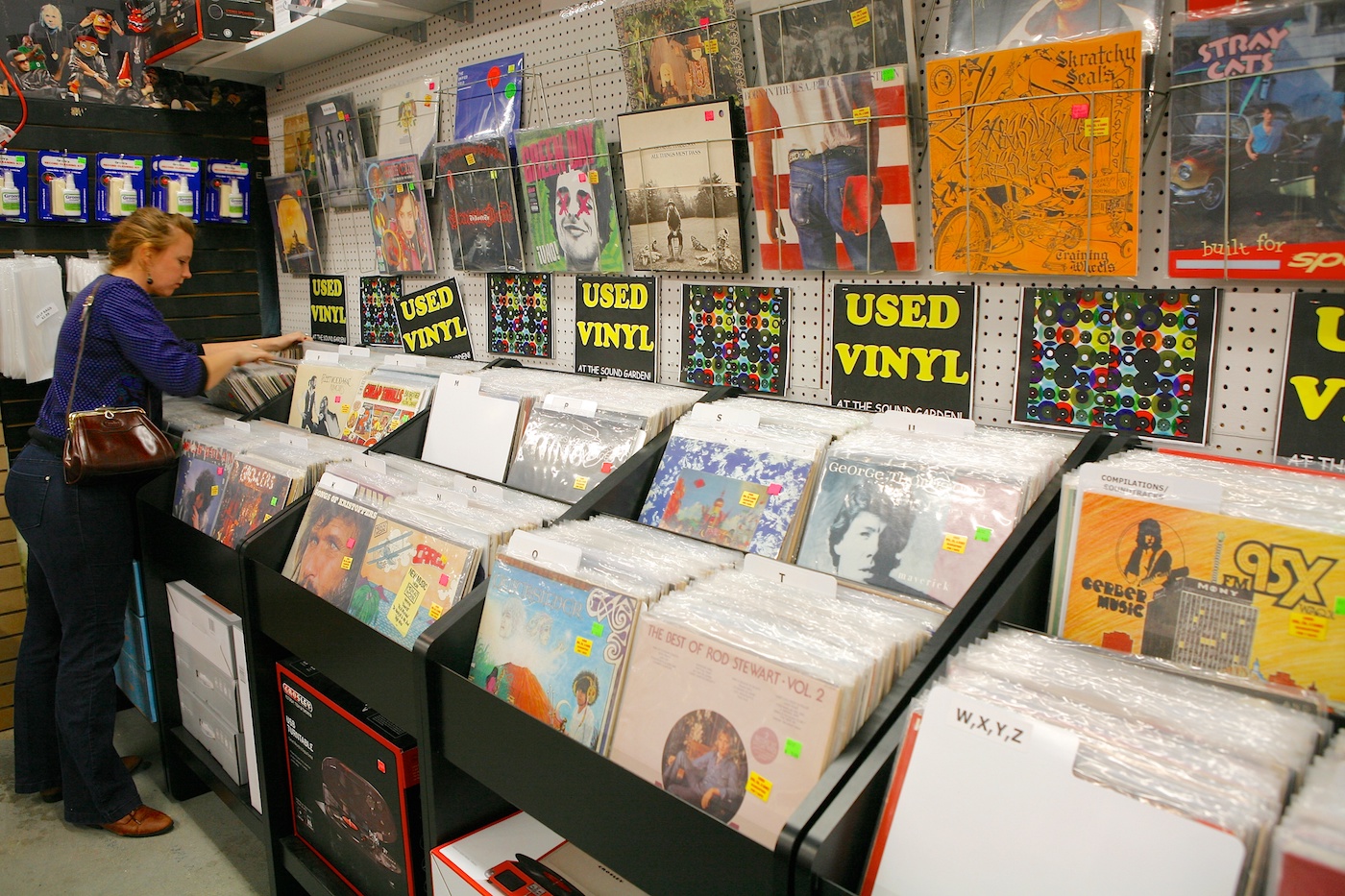 Record Store Day, the international of celebration of music on vinyl, returns on Saturday, April 22 — and this year the 10th annual event falls on Earth Day. As it’s a day to celebrate the natural basics of life, it’s a day to also recognize the most natural way to listen to favorite tunes.

The Free Comic Book Day-inspired offshoot recognizes musicians from across the spectrum of genres and the stores that sling the sleek mediums. The independent record stores continue to have a united voice in continuing the tradition on a day-to-day basis.

The Sound Garden, 310 W. Jefferson St. in Armory Square, will be participating for its 10th time. General manager Nick Shelton said the staff is very excited for another year. Record Store Day attracts people from neighboring areas and those traveling across the Canadian border, and it yields lines that snake out the door.

“We’ll be opening at 9 a.m.,” said Shelton. “This list of releases is the best we’ve seen in four to five years. We’ve also marked down a whole bunch of new and used vinyl.”

Although Sound Garden is the only in-town record shop participating, there are seven other regional independent stores helping celebrate the occasion. Road trips can be made in less than two-hour drives in case particular albums can’t be found in a store of preference.

A little-known fact of the origin of Record Store Day: It has Central New York roots. “(Former Mohawk Valley resident) Chris Brown was the brainchild behind it,” said John Keller, owner of Off-Center Records, 116 Bleeker St., Utica, and a Record Store Day participant since 2008. “If there can be a day for comic books, why not hold a day for records?”

Brown is currently the manager of Bull Moose Records, a Portland, Maine-based record store chain. In an interview last year with Cindy McMullen from WODZ-FM 96.1 (The Eagle), Brown said, “Record stores I shopped in growing up in the Mohawk Valley and Syracuse really influenced my idea of what a music store ought to be. My memories of those stores is what influenced or inspired Record Store Days.”

To commemorate each annual shindig, various artists have albums re-pressed, whether they are reissues of studio or live albums, and new or rare material. More records have been added through the years to the roster of collectable ear candy.

Plus there are annual ambassadors assigned to help push the event. In 2008, Lars Ulrich and his Metallica boys were the premier ambassadors of the first Record Store Day, and they spent their time doing what they do best: playing music and meeting fans. The baton will be passed from the “St. Anger” musicians to art rock goddess St. Vincent this year.

While each store orders as many of the limited releases as they’d like, getting them delivered is another matter. For example, 1960s rockers The Pretty Things are pressing 350 copies of The French EPs, while Blondie is offering 750 copies of the band’s latest single “Long Time.”

“We ordered everything. It depends on the distributors,” said Shelton. “There are certain regional ones that we won’t get to see.”

Record Store Day affects music on the local level, too. “There are definitely more musicians pressing vinyl records,” said Shelton, “like Good Night Forever and Bleak.” It gives active listeners another avenue to enjoy hometown-composed tunes as well as their hometown-product producers.

Local record companies such as L.R.S. Records see this annual April event as a positive, even if they don’t have specific releases slated for the day. Unfortunately, there are some downsides.

Mark Turley from L.R.S. Records said the process of pressing records in the last few months has been slowed. Both he and co-owner Nick Oliver — who is also involved with media consignment shop Books and Melodies, 2600 James St., which has a healthy collection of used vinyl — have seen a shift in the production process.

“There are only so many pressing plants,” said Turley. “Being a small record company, we get bumped due to Record Store Day deadlines because Sony and other major companies want to reproduce all of Bruce Springsteen or other artist’s albums. These vinyls already exist, but it’s appealing to collectors.”

L.R.S. has been in the business for four years, and they currently order through A to Z Media and receive products from the Czech Republic. They’ll normally order 200 to 300 records from the pressing plants. Initially there was a six- to eight-week waiting period to receive a shipment of records, but they’ve seen an increase in wait time over the past few years. Now they work around a 16-week waiting time.

Turley and Oliver aren’t angry about it, but they’ve learned to embrace their patience. “Record Store Day did what it intended to do,” said Turley, laughing. “It did it too well.”

“Its popularity is going to keep growing. Records make such a difference,” said Havens. “The music is warmer. When you’re putting on vinyl, you’re investing your time into the music.”

Keller’s Off-Center Records, which opened in 1992, has seen a consistent desire for records. “Even without Record Store Day, I was here for 15 years. Places have gone to CDs. Vinyl has outsold my CD sales.”

Shelton said that digital is not only “impersonal,” but it has affected the music business. Several artists, like Chance the Rapper, aren’t releasing through a label, while some are making their music available for online only. “It’s an unfortunate thing,” lamented Shelton. “Their fans are missing out on something.”