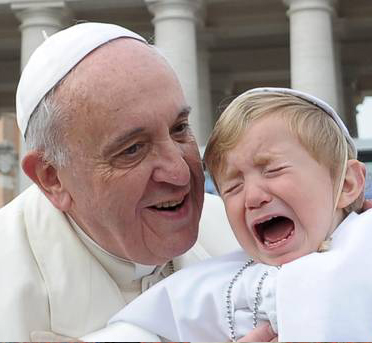 It’s currently back to “me time”

Aside from the clouds raining frogs, the strangest thing that happened this week was receiving a letter from the Syracuse Diocese, asking me for money. Actually, they were asking Mr. and Mrs. Christopher Malone. Looks like I’m off the market.

If only it was that easy.

Of course, it is that easy! With genetic engineering and cloning, the ability to build your own spouse is such an easy process. It’s expensive, but it is ready and available. Men and women of all shapes and sizes have the ability to not only freely marry in New York state, but can they create  a life partner to have and to hold until Death places its cold hand upon your shoulder. Genetically-engineered clones live forever, of course.

It’s strange not because I’m “not the best Catholic,” but because I applied for a job and never heard from them since, which was months ago. The letter read:

“We apologize for the lack of communication regarding the social media position, but
Catholic Guilt got the best of us, and we decided to check in to see how you were holding up.
Would it be possible for you to send us money?“

The good thing about Catholicism is that the religion is honest about needing money, and there isn’t a false promise of sending good vibes or assurance of employment when you give donations. It strictly “goes to the church,” and that’s that.

But this isn’t about Catholicism as much as it is about communication, which many businesses in our city lack. By the way, I do think Pope Francis is pretty awesome. While unemployed, I’ve realized how well I definitively became my own worst enemy. It’s bad enough as it is, dealing with myself and my tendencies. At first I went through a stage of revitalization and excitement to move onto the next chapter of life. And then, somehow, I convinced myself because of no responses that places were not hiring at the end of the year. My closest opportunity, a marketing position with the Adirondack Museum in Blue Mountain. Unfortunately, much had to be considered:

Freelance became the option. Aside the emphasis of “free” – ask me about Cracked – every project forward has proved lucrative for the mind and spirit.

The longer I was turned down or inquiries were ignored, my self-worth deteriorated (or so I thought).

From early this year to this point there have been several instances of drastically low points: where moving from my bed for a couple days was seemingly not an option, where holding my breath and placing it in a water-filled sink was a method to wake myself up, where driving to a coffee shop while so exhausted wasn’t the brightest idea. Still the writing and editing were adhered to and embraced, taking precedence over job hunting and figuratively beating my head against a wall. The borderline delusional moments: where driving in my car just because while listening to music, taking the long routes and procrastinating, where hoping conversations with the cat provided better ideas than humans. And accepting these oddities with great Syracuse Improv Collective moments truly helped define my integrity and passion. But there were other continually great moments: where time with family and friends was reassuring aside not understanding why every other life aspect was in the shitter, where a cup of tea never awakened my senses more than any run, where walking in the cold rain didn’t feel as bad when my face was cupped by clouds of warm exhaled breaths.

Last week I applied for an entry-level job with a local agency. Was/Am I qualified for the job? Yes, in my opinion. It would be worth it to work for this company, start from the bottom and work my way to a higher rung should the opportunities rise and/or jump to the next level. The agency is great, well-known, and my knuckles rattled from nervousness before clicking, sending the resume and cover letter. Less than 24 hours later, I received an email from one of the heads, telling me that the position had been filled. He apologized, he reassured keeping my resume on file: “Sorry about that. I’ll certainly keep you in mind for any future opportunities.”

And I am absolutely grateful about this. I could print the message out and frame it. Rejection. Finally, a respectable and honest and timely message that is to-the-point and not misleading. He told me that my “experience and writing samples are certainly worth considering for this opportunity.” However, they offered the position out, and the person accepted it.

It’s currently back to “me time,” but without the sadness or delusion, and both will creep up again. However, there is no anger when the mind is focused on self’s passion.

I ignore the desk-bound, college-kid-catered, and/or robotic jobs that serve little purpose as opposed to more eye strain and no outside, person-to-person interaction. As of a few weeks ago, I dismiss opportunities similar to an event company with an ear picking HR department; perhaps this is the reason she didn’t pay attention to my words. I write off opportunities that I’ve inquired about, positions (seriously) titled “Client’s/Customer’s Best Friend” for an agency that does not have a contact that replies. Meanwhile, at a headhunting agency: my contact has been telling me for the past couple months that she sees nothing, there is nothing available, but she will keep me posted. And this past week, a colleague of mine tells me that this same agency has fetched some opportunities for him.

All of these are aspects of the Syracuse job market. The good and the bad. It’s mostly currently ugly. The instances don’t define Syracuse in its entirety, but these situations reflect and affect.

I’m probably driven or overqualified or have a different mindset to be the type of person just sitting at a desk, lying about terrible products via phone and email. But then again, why am I not a contributor to some prestigious magazine or exploring the world with Anthony Bourdain? I know my shortcomings; ergo, I continually work on them.

But writing is my baby, and we all get to watch it grow. How Important is Daddy?
The Espresso Shot (#026)
To Top