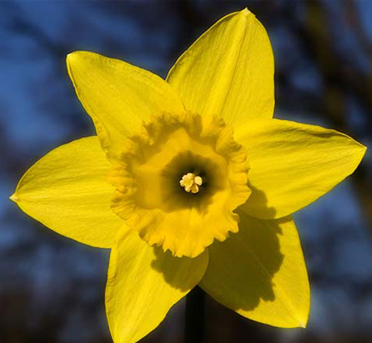 That connection, gazes meeting, is a breath of fresh air.

When it comes down to bare bones, everyone is out for themselves, and this is even true when they say everyone is out to get them. The bullet taker wants to be recognized as the bullet taker, and for their other selfless acts. The coffee fetcher for De Niro wants more. We grow into our ways, grow accustomed to doing things to our liking, we feel how we feel, and that’s that.

What do you do when it comes to maintaining relationships other than yourself?

And Oliver replies, “I’d wait for the lion.”

And Hal responds, “That’s why I worry about you.”

It’s gratifying, a relief, to wake up in bed next to someone or something … for the appropriate reasons. Your dog may be snoring away with its head on the pillow next yo you. You’re cat may be creepily watching you and occasionally patting your nose with its paw. Perhaps your bird or ferret wanted to perch or Eskimo kiss you.

In the movie, Arthur, the dog, is overly dependent. He cries and whines, and Oliver — the caring owner he is — brings him everywhere, including the party that he meets Anna at. (The dog is narcissistic.) This brings about Oliver’s dependency on the dog. Like Jon to Garfield, we still don’t quite understand that relationship, you see Oliver’s thoughts come through the dog. It’s a positive psychological projection. It’s of hope. He’s establishing an aspect of the relationship that he either never had or felt inadequate with his father, or perhaps both parents.

And this is where animals come into play. When Oliver says, “This is what I’m supposed to feel like,” Arthur responds: “I hope it lasts.” Oliver then says, “Yeah. Me, too.”

Adrien Brody turns to ventriloquism in Dummy. Ryan Gosling resorts to ordering a doll on the internet in Lars and the Real Girl. Elijah Wood in the stateside adaptation of Wilfred. Tom Hanks and his volleyball in Cast Away. The list could go on. We talk to ourselves, which is a constructive outlet instead of an explosive one. Sure we may slap the steering wheel from time to time, but that’s how far it should be taken.

Whatever the object(s) is/are, we treat it like an actual human being. This is especially true when it comes to animals. We speak normal to them, or we speak to them as if they were babies. Regardless, we converse with them, talking about daily activities, feelings, aspirations, or just bouncing ideas off of them. They may react accordingly to your tone, but they’ll never truthfully respond. And it’s difficult to leave them, because you’ll miss spending time with them. You encourage them/yourself to grow.

And to clarify things, emphasizing his state and situation, Oliver tells Arthur to go play with his kind while at a dog park. He’s essentially telling himself to do so.

I personally enjoy talking to Lou, the family cat. He doesn’t talk back, nor do I attempt to understand what he is thinking. Most of the time he ignores my talking to him, and he runs off to find the next critter to kill and bring the lifeless body to one of the doors, decapitated or not.

“Go and have your own experiences with your own people. I’ll be right here. I’m a human. I’m not a dog. And you’re a Jack Russell, and that’s a breed. You’re personality was created by this guy, John Russell, who was a hunting enthusiast … And, now, somewhat arbitrarily, you’re considered very cute by us humans. And we keep breeding your not to chase foxes, but to be cute … and you’re chasing tennis balls, because they’re as close to a fox as you’re gonna get.” We tell ourselves we’re baggage free from the familial and societal influences in our lives and moving on from one relationship, platonic and strictly friendship to romantic relationships, but habits and feelings stick with us. It’s cognitive and associative. It’s like hearing a song or smelling a certain odor that reminds us of something, someone, someplace and/or time. We grow and cope, become our stronger selves.

Regardless of the object, we carry the knowledge of it with us. Where Arthur may physically attend the party where Oliver meets Anna — Oliver is oh-so appropriately dressed as Freud, by the way — and the man looks as his dog for advice, which is projected as dry and darkly comical honesty. We can’t let the darkness drown us, because there there is positive beyond any negative situation.

We go out in search of what we desire, because this one person could/would/should make us happy. We shouldn’t project onto that person, because they themselves make us feel complete and worthwhile. When did changing another person to fit your preference work out? Never. You may as well find a pristine body of water to stare at yourself while you turn into a flower or wither away and die … whichever comes first. While the dog may yip to be included or the cat may scratch, they’ll be fine at home with food and water and the comforting notion they’ll be thought of during a short period of absence.

Just don’t make the formal introductions to your walking, talking lucky baseball when in doubt.

Oliver: “Someone flashy just walks into your life, and you’re just gonna fall for it.”

Arthur: [“I hope this feeling lasts.”]

Soon your life plays out like a movie, but not the hyped rom-coms where the writers are dishonest to capture the unyielding raw emotions that we experience in life. Even the writers and cinematographers that dance around the blatant truth have a firm grasp on it. The desire for a happy ending. The same reason Shakespeare effortlessly wrote As You Like It.

Perhaps you’re life is zany and slapstick. Feel free to email me and guest write. We’re all definitely curious.

You’ll find yourself in a symmetrical frame staged by Wes Anderson, because there has to be two sides to everything, two sides that can be folded over and fitted on top of one another to be smooshed and blended in. When considering the plane of existence: a plane is flat to make such folding possible. Regardless of the size of the area, the space, your better half will be on the other side whether you’re sitting across from each other or you’re next to one another on bench. The chances of deciding to talk to the person smiling across the room is significantly more appropriate and seemingly successful in the long run. Because, in order to get from here to there, you have to go through the rigorous task of attracting that person. Sure, you might not have an issue, but your smooth talking may also need the help from the catalyst of a couple beverages. And Anna says, “You can ask me anything you want.”

And Oliver replies, “Anything? What’s there?”

And Anna says, “That’s a tree. And cars. Another building like this one. People in the building like us, half of them think it’s never going to work out, the other half believes in magic. It’s a war between them.”

And Oliver says, “How do you know so much about people?”

And Anna states, “Well, you have to learn how to read their faces.” People watching is essential to life, to learn, and this is especially true when you can’t see your own true self and/or do not want to.

And eye contact is a difficult thing for some people, a lot of people. The Shakespearean orbs are gateways into a person’s soul. It’s not only eyes and watching, it’s listening and remembering and acknowledging, and it’s applying all that learned knowledge from the past — all that is good and all that is picked up from your mistakes, unless you don’t make mistakes — to be successful. We’re supposed to learn from our relationships. If you’re not learning, struggling, or finding yourself challenged … well, something just ain’t right.

That connection, gazes meeting, is a breath of fresh air. It’s an existential moment where you can realize that you’re not breathing, holding in that breath so it doesn’t escape. The breath, the sound of the air pushing up through your lungs is a sound, a song with notes that you associate with a situation. You exhale anyway. The excitement, the acknowledgement is better than sex. Where you climax during the short-lived physical process — this holds true for those who asexually reproduce — the connection made in between and above and below and swirling around the two involved people cannot even compare to the intensity of bottomless self absorption and unresolved excitement that of which Narcissus experienced while staring at himself.

“Now my consolation is in the stardust of a song …”

[All quotes found through the trailer, clips, and IMDB]