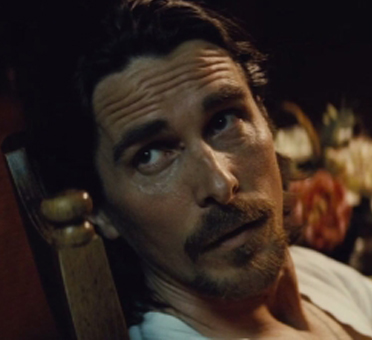 Check out movies opening in Syracuse!

Get ready for a modern tale of hard and frightening times to begin to fill the sleepier Hollywood list between Thanksgiving and Christmas. Scott Cooper directs and co-wrote (with Brad Inglesby) this tale of family and the drastic things people will do when blood is involved. The trailers reveal a dark tale full of angst and violence.

Christian Bale plays Russell Baze, a guy who chose to follow his father into the physical life of making ends meet by pouring sweat at a Pennsylvania steel mill. Casey Affleck plays his brother, Rodney, who chose the military life, instead. Russell makes a bad decision, goes to jail for it and discovers with horror that Rodney has been involved in bad things while he was inside.

Woody Harrelson plays a truly evil ring leader, Willem Dafoe is a squirrelly bookie and Forest Whitaker is the police chief who began dating Russell’s girlfriend (Zoe Saldana). Russell follows Rodney into the belly of the beast to try to make things right.

There was music in the air during the long Thanksgiving weekend. Yes, Christmas music in the malls, but also the sound of dollar bills sliding over ticket counters.

No. 1 for the second week in a row was “Hunger Games: Catching Fire.” Including the Wednesday before the holiday, the Jennifer Lawrence sequel took in $109.9 million, breaking the five-day Thanksgiving stretch mark of $82.4 million held by “Harry Potter and the Sorcerer’s Stone.” Looking at the typical Friday-to-Sunday figures, “Hunger Games: Catching Fire” took in $74.2 million, fourth-highest for second-weekend runs, behind only “The Avengers,” “Avatar” and “The Dark Knight.” In its first 10 days, the film has grossed $296.3 million. All of this comes courtesy of boxofficemojo.com.

“Frozen” was the top opening film of last week, standing at No. 2 on the list with a five-day take of $93.6 million and three-day haul of $67.4 million. The five-day figure is the highest opening weekend gross ever, topping another animated family film, “Toy Story.”

The other openers were farther down the list. We’ll go with three-day, five-day in that order:

Tale of a tough woman makes a fine film
Into the Fire: Film puts characters in cauldron of tough choices
To Top