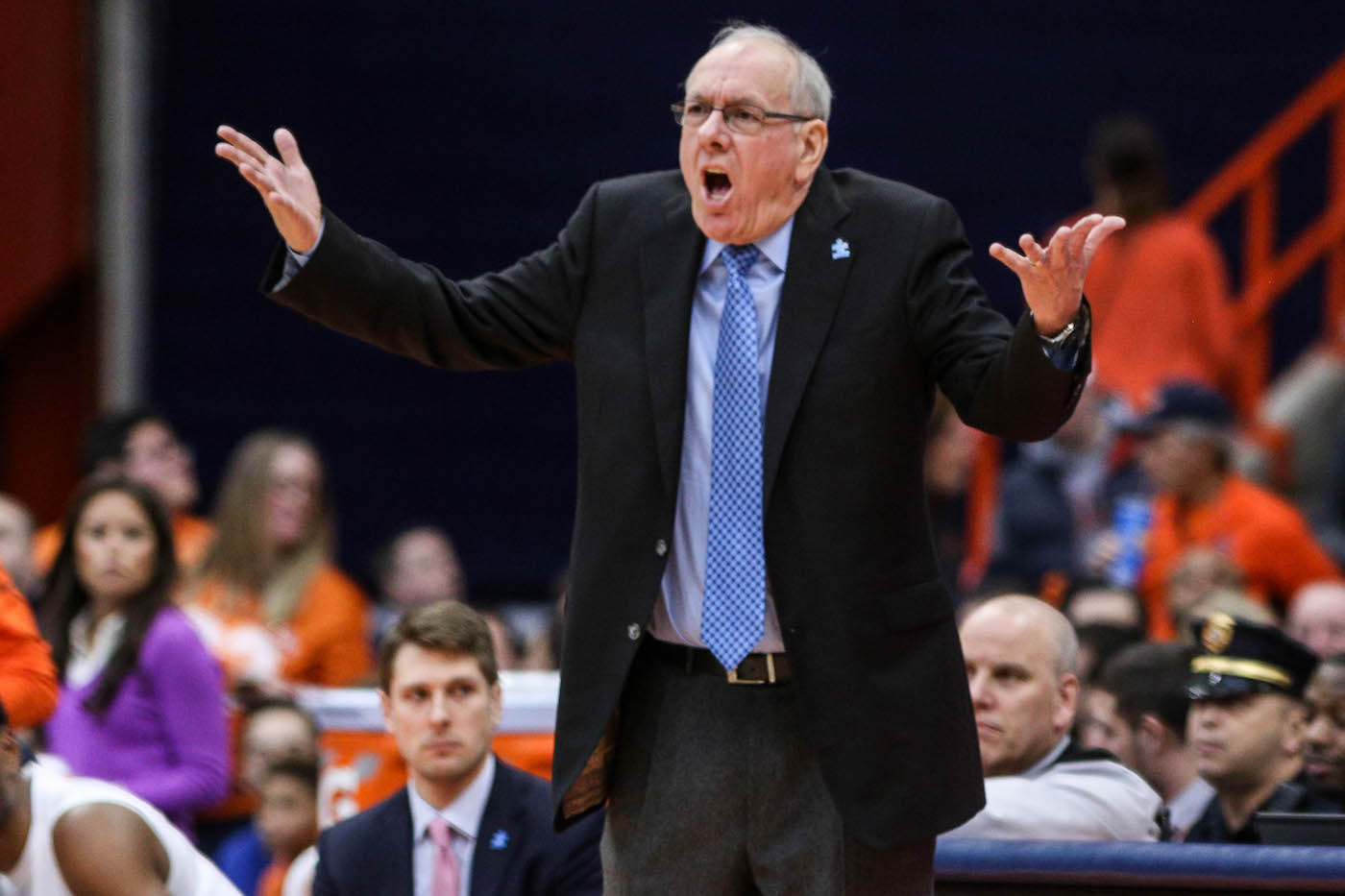 Get to know the new faces of SU men’s basketball.

Although an official announcement had not yet been made by Syracuse, syracuse.com reported that Thorpe had committed to Syracuse after also considering Pittsburgh and Seton Hall. Thorpe, who led the Bulls in scoring (15.1 points per game) and assists (4.6 per game) last season, has one year of eligibility remaining and will be able to play this coming season.

White led the Orange in scoring last season and set a school record for 3-pointers in a season, while Gillon led the team with 5.4 assists per game as the starting point guard and sank two of the team’s biggest shots in wins over North Carolina State and Duke.

The Orange lost its top three 3-point shooters in White, Gillon and Tyler Lydon, but Thorpe shot 37.5 percent (39 for 104) from beyond the arc for the Bulls. Thorpe spent the first two years of his college career at Penn State and transferred to South Florida following his sophomore year before sitting out the 2015-2016 season.

In addition to Thorpe, the Orange has added 6-9 forward Marek Dolezaj from Bratislava, Slovakia. Dolezaj, 19, averaged 10.1 points and 4.2 rebounds in 33 games for a school in Bratislava. He has extensive international experience with the 2013, 2015 and 2016 FIBA European Championships for Under-16 and Under-18 teams.

Although the Syracuse men’s basketball schedule won’t be released until around Labor Day, the schedule is taking shape with several big games already on the docket.

Syracuse opens its season Nov. 10 with a home game against Cornell that will feature SU coach Jim Boeheim starting his 42nd year and his son, Cornell freshman forward Jimmy Boeheim. In the Hoophall Miami Invitational, the Orange will face Texas Southern (Nov. 17 or 18), Oakland (Nov. 20) and Toledo (Nov. 22) at the Carrier Dome before facing Kansas in the championship game Dec. 2 in Miami.

SU will also face Maryland in the Big Ten/ACC Challenge at the Dome (the date has not yet been set), and former Big East Conference rivals Connecticut Dec. 5 in the Jimmy V Classic at Madison Square Garden and Georgetown Dec. 16 in Washington, D.C.

In the ACC, Syracuse will play four teams both home and away (Boston College, Pittsburgh, Wake Forest and Virginia), five teams at home (Clemson, North Carolina, N.C. State, Virginia Tech and Notre Dame), and five teams on the road (Florida State, Miami, Georgia Tech, Duke and Louisville). Buffalo (Dec. 19), St. Bonaventure (Dec. 22) and Eastern Michigan (Dec. 27) will visit the Carrier Dome before and during the holidays.

After winning two of three games in front of large, raucous crowds at the Onondaga County War Memorial Arena, the Syracuse Crunch couldn’t pick up a needed win on the road and lost to the Grand Rapids Griffins 4-3 June 13 in the sixth and deciding game of the Calder Cup finals.

The Crunch led Game 6 1-0, 2-1 and 3-2, but the Griffins rallied with a pair of third-period goals to defeat Syracuse in the finals for the second time in five years. The Crunch went 11-1 at home in the postseason, but in the three games at Grand Rapids the Crunch lost by one goal in each game, including a 6-5 double overtime loss in Game 2.

This Spud’s For You

On June 24, the Syracuse Chiefs unveiled their “new” name as part of a “What If?” promotion where fans were asked what they would call the team if they could rename it for one day. The team will use its new moniker, the Salt Potatoes, on “What If Night” Aug. 5 against the Rochester RedWings, an evening that will also feature special Salt Potatoes merchandise and fireworks after the game.

Individual game tickets for six of Syracuse’s seven home football games can be purchased online at cuse.com/tickets, by phone at (888) DOMETIX, or at the Carrier Dome box office (Gate B). Tickets start at $25 for non-conference games against Central Connecticut State (Sept. 1), Middle Tennessee (Sept. 9) and Central Michigan (Sept. 16), $30 for ACC games against Wake Forest (Nov. 11) and Boston College (Nov. 25), and $35 for the ACC game against Pittsburgh (Oct. 7).

Individual tickets for Syracuse’s Oct. 13 game against Clemson start at $45 and will go on sale July 11. Season tickets and group tickets are on sale now and include the Clemson game.