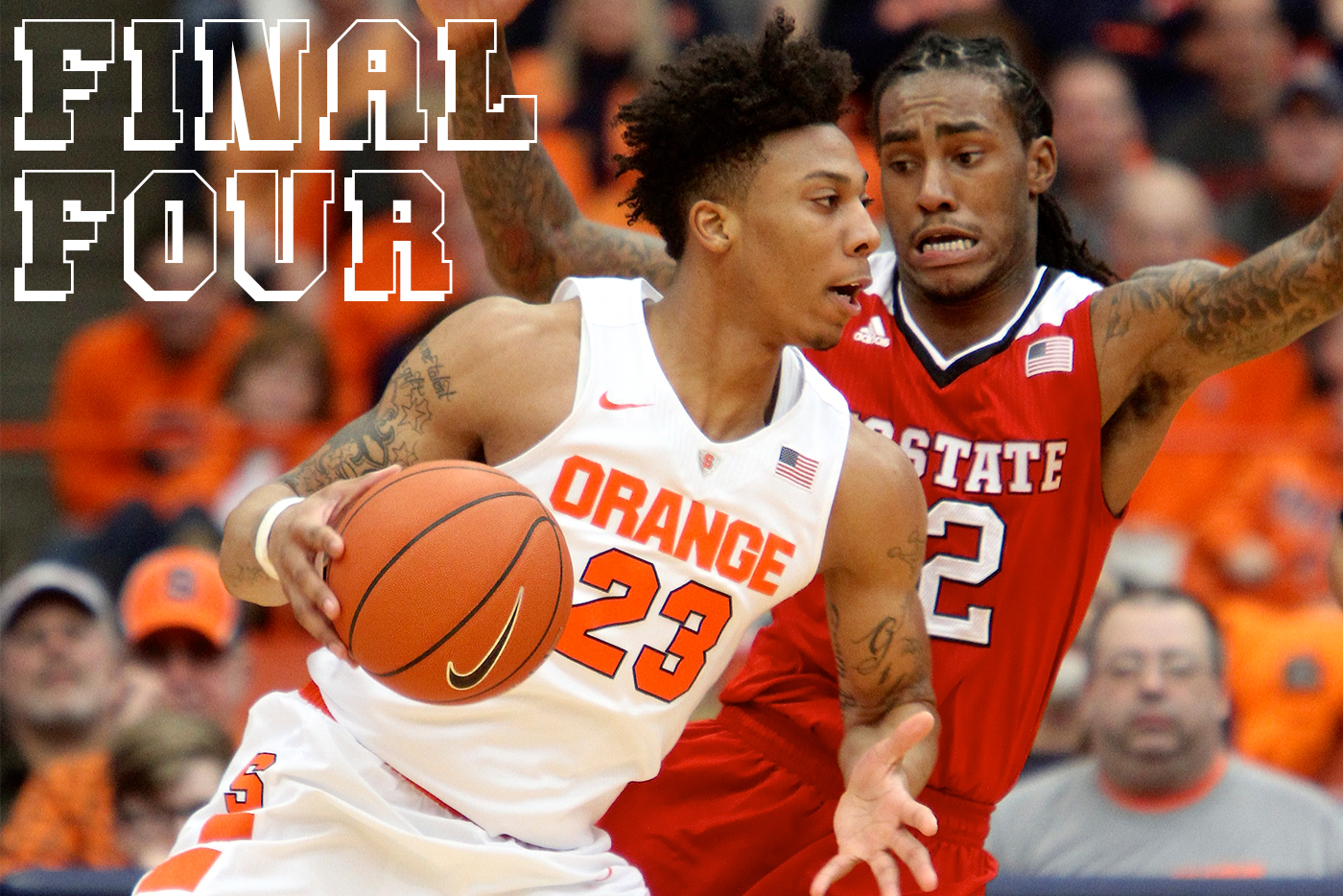 On Easter Sunday, the 10th-seeded Syracuse Orange upset No. 1 seed Virginia in the NCAA Tournament Midwest Regional Final by the score of 68-62 to advance to their second Final Four in four years. It is also the school’s fifth appearance under coach Jim Boeheim.

The Orange were down 36-21 heading into halftime, but a second-half surge in the last 10 minutes of the game proved to be too much for Virginia. In addition to a suffocating full court press, freshman Malachi Richardson scored 21 of his 23 points in the second half after going 0-5 in the first half of play. Syracuse outscored the Cavaliers 47-27 in the second half en route to the victory that Boeheim called “one of the best (comebacks) I’ve coached (with) any team I’ve had.”

After the game’s conclusion, Orange players from years past made their presence known on social media to praise the team’s win.

Carmelo Anthony, one of Syracuse’s most beloved alumni after leading the Orange to their only National Championship in 2003, took to his public Snapchat account to make his happiness known:

Christmas, along with other members of Syracuse’s 2013 Final Four team Baye Mousa Keita and Michael Carter-Williams, posted on Twitter to help celebrate:

So proud of the seniors

Our men's and women's team lit!! If you are hating stay quiet!

Other recent Orange alums Kris Joseph and Chris McCullough chimed in as well:

"They" didn't want us to win! Final Four @Cuse_MBB @CuseWBB

Terrance Roberts and Eric Devendorf, both Syracuse players from the mid-2000s, were also watching and rooting on their alma mater:

To whom much is given much is expected!!! @dajuancoleman32 I'm proud of you boy

I know the Cuse is going crazy right now, when the last time a program had men's and women's teams both n the final 4? ✔️ for the university

Syracuse legend Derrick Coleman was especially enthusiastic after the win:

Houston we have a problem Syracuse is on there way pic.twitter.com/1B95SNAqJN

Houston We Have A Problem pic.twitter.com/ubYy6vHEGO

Orangenation just for you pic.twitter.com/AGQuSYw2AR

Incredible comeback! The guys played with so much heart tonight. I couldn't be more proud of the effort. Never quit! #FinalFour #CuseMode

Just boarding our flight home from Chicago. Congrats to @CuseWBB on making the #FinalFour! Unprecedented success for the program. Amazing!

Last night was one of the most incredible games I've been a part of in all my time at Cuse as a player and coach. On to Houston! #CuseMode

No quit in these boys! The ? are headed to Houston!!

Even current freshman Tyler Lydon and future member of the Orange Tyus Battle got in on the festivities:

The Orange will play their second No. 1 seed in a row in North Carolina on Friday, April 1, at 8:49 p.m. on TBS. Syracuse lost to the Tar Heels earlier in the season 84-73 in the Carrier Dome.