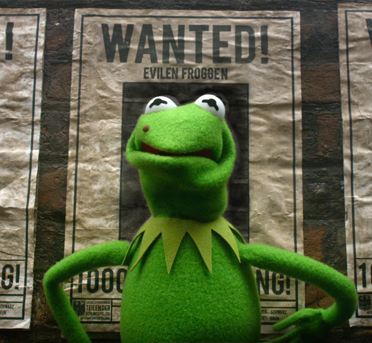 Talk about a class system.

Based on the novel of the same name by Veronica Roth, the new science fiction drama “Divergent” takes place in a futuristic Chicago. It’s a place where everybody is tested about their personality when they’re a teen, and then broken into five groups that predict where they’ll fit best into society.

They do get a choice, but if they switch groups, they must stick with that their whole lives.

The trailer for the movie directed by Neil Burger from a screenplay by Evan Daugherty and Vanessa Taylor shows a scary place indeed, full of physical and psychological testing. Tris and Four, played by by Shailene Woodley and Theo James, attempt to thwart a plot to eliminate all Divergents … the group that won’t fit in.

Also opening this weekend is the much lighter “Muppets Most Wanted.”

Even this family comedy has some evil in its heart, though, as a Kermit the Frog lookalike gets the gang involved in a European jewel heist caper.

Directed by James Bobin and written by Bobin and Nicholas Stoller, the adventure mixes the furry friends and funny people.

The trailer shows Tina Fey, Ty Burrell and Ricky Gervais getting into and causing plenty of trouble, even as they try to show some class.

“God’s Not Dead” is a drama that puts a college student into a class that he just can’t abide.

On the first day, in front of a full lecture hall, Professor Radisson, played by Kevin Sorbo, tells his students they must agree and write down these three words: God Is Dead.

Because he’s a Christian, Josh Wheaton, played by Shane Harper, stands firm that he does not believe that and cannot agree to it.

The trailer shows the student on a whirling, dedicated mission to not only challenge the teacher’s statement, but prove it wrong.

Directed by Howard Cronk and written by Hunter Dennis and Chuck Konzelman, the film puts the student into interesting places as he prepares to debate his teacher, one-on-one, with his grade on the line. Dean Cain and David A.R. White also appear.

Two movies in the second week of their run held onto the top two spots in the weekend box office list, according to boxofficemojo.com.

Interestingly, they flip-flopped spots from their opening weekend.

Of the opening films last weekend, the car chases of “Need for Speed” fared best, putting it at No. 3, with a gross of $17.84 million.

The drama/comedy combo of Tyler Perry’s “The Single Moms Club” placed fifth, with a weekend take of $8.07 million.

Airborne adventure “Non Stop” held aloft at No. 4 with a weekend of $10.6 million, putting its three-week gross at $68.80 million.

Did you like “OPENING IN FILM: Stay in your class, show some class, convince the class?”