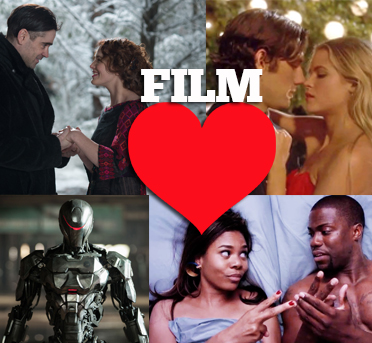 Three romances are joined by a thriller

Grab your sweetie, your bestie, or the person in life whose schedule most closely fits yours.

It’s Valentine’s Day weekend, and there are four movies opening.

Three of them, natch, are about love.

Let us start with the supernatural, “Winter’s Tale.” Written and directed by Akiva Goldsman from a novel by Mark Helprin, it’s a story of a love that is indeed, timeless.

The trailer shows a happy thief played by Colin Farrell sneaking into a room occupied by a beauty played by Jessica Brown Findlay.

He falls, hard. She’s deathly ill, but doesn’t let that stop her ardor.

Flash to a bewildered Farrell in a more modern time. Old microfilm helps him figure stuff out, only to find a devilish character played by Cameron Crowe standing in his way at every turn.

Then there’s the tense, “Endless Love,” directed by Shana Feste and co-written by Feste and Joshua Safran. It’s the age-old tale of forbidden love between the classes.

The trailer shows her father’s disapproval and his mysterious past stirring the emotional cauldron. Oh, what a summer it seems to be.

And it wouldn’t be Cupid’s holiday without a romantic comedy, would it?

The trailer shows hits, misses, misunderstandings and the confusion that can happen between the sexes as life starts to heat up.

Directed by Steve Pink and written by Leslye Hedland, this one certainly nods toward the 1986 film of the same name starring Rob Lowe, Demi Moore, Jim Belushi and Elizabeth Perkins. Writer Tim Kazurinsky had his hand in on both.

If you don’t want to see or hear about love, there’s the action thrill of “Robocop 2014.”

Written by Joshua Zetumer and directed by Jose Padilha, the story is set in Detroit in 2028. Alex Kinnehan plays a good cop who’s badly injured. This allows OmniCorp to put in motion its plans for a part-man, part-robot police officer.

Characters played by Gary Oldman and Michael Keaton get their say, and Samuel Jackson adds his growl to the proceedings.

The trailer shows fierce battles to prove the motto “Crime Has a New Enemy.” Of course, the enemies have evolved by then, too.

Two opening movies last weekend left all others in the dust.

At the top of the box office list, according to boxofficemojo.com, sat the animated “The Lego Movie.” The sweet morality story grossed $69.05 million, a sprinting start for February.

The World War II drama spearheaded by George Clooney, “The Monuments Men,” took No. 2 with a gross of $22 million.

The third opening film of the weekend, fangs-comedy “Vampire Academy,” stood at No. 7, with a weekend gross of $3.92 million.