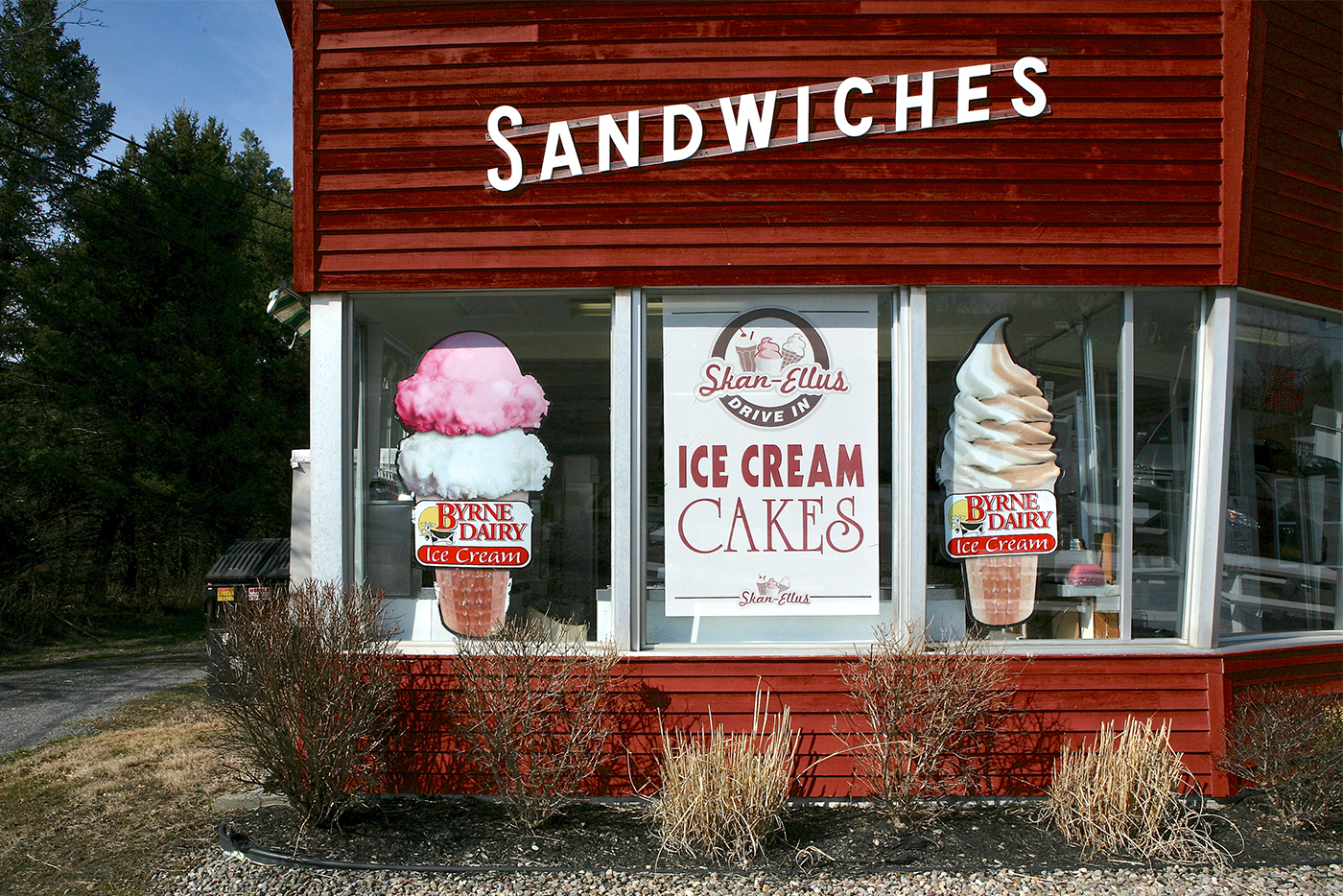 Spring isn’t around the corner anymore. It’s here! The ground is muddy and the air is still chilly, but ice cream stands, drive-ins and seasonal eateries are opening for the season and outdoor dining will soon be an option. Here are some signs of the season, food-wise, in Central New York. Sno Top, 315 Fayette St., Manlius. Sno Top is a favorite local destination, a mid-century landmark on the Manlius main drag (Route 92). Check out the retro building and queue up — there’s almost always a line — for soft-serve ice cream, including award-winning black raspberry or a black raspberry-vanilla twist, or a classic sundae, or try plenty more choices. Sno Top opened for the season March 19 and keeps serving through late September. Call 682-8582 or visit sno-top.com/index.html.

Rudy’s Lakeside Drive-In, 78 County Route 89, Oswego. Rudy’s opened for its 70th season earlier in March and still packs people in, even though it can be downright brisk next to Lake Ontario. The family restaurant is noted for its burgers, Texas hots and fried fish. Spring hours are Wednesdays through Sundays, 10 a.m. to 9 p.m. Rudy’s will be open every day starting in May. Call 343-2671 or visit rudyshot.com.

The Restaurant at Elderberry Pond, 3728 Center Street Road, Auburn. The elegant farm-to-table restaurant on an organic farm between Skaneateles and Auburn opened for the season March 18. Early spring menu items include a fresh spinach salad, with bacon raised and cured on the farm and a warm bacon dressing; a savory spring tart with scallops, leeks and hardy spring greens; root vegetables from the fall harvest and the farm’s own pasture-raised meats. Lunch and dinner are served Wednesdays through Sundays; the restaurant stays open through December. Call 252-6025 or visit elderberrypond.com.

Skan-Ellus, 1659 Route 20 (intersection of Lee-Mulroy Road), Skaneateles. If you’ve been waiting all winter for a trip to Skan-Ellus, the time is at hand. The drive-in opened for the season March 24. The menu features soups, sandwiches, hot dogs, hamburgers and more. What’s for dessert? Soft-serve ice cream, or maybe a shake. Call 685-8280 or visit skanellusdrivein.com.

John’s Seafood Truck. Springtime means John’s Seafood is back at its regular locations: Wednesday afternoons in Fayetteville, at the corner of Route 5 and Highbridge Street, in front of Fayetteville Dry Cleaners; and Fridays, 3 to 6 p.m., at Henry’s Farm Stand, 2313 Genesee St. (Route 5), Chittenango. John’s is based in Cortland and sources shrimp, scallops, haddock, clams, oysters, lobster and more for Central New York seafood lovers. Call (607) 423-1189 or 256-3866 (Henry’s).

Mac’s Drive-In, 1166 Waterloo-Geneva Road, Waterloo. Before there was the drive-thru, there was the drive-in, with curbside service. Mac’s opened for its 56th season last week and still has curb service. Go for a root beer float, stay for a burger, sausage sandwich or fish in a basket. Call 539-3064 or visit macsdrivein.net.

Spring Brunch Series. David Breeden, head winemaker at Sheldrake Point Winery, kicks off the Winemaker’s Brunch Series at Aster Pantry & Parlor, 116 Walton St., on Sunday, April 3, noon. The series, sponsored by Farmshed CNY, will feature a four-course brunch prepared by chef Rich Strub. Each course will be paired with a wine from Sheldrake’s portfolio. Save the dates for two more brunches in the series: April 24 and May 29. Tickets are $55 per person for individual brunches and $150 for the series. For information and to purchase tickets, visit asterpantry.com/shop.

Savor Syracuse, a gala to benefit the Food Bank of Central New York, will be held at April 7, 6 p.m., at Sky Armory, 351 S. Clinton St. The event features tastings from area restaurants (and the Sky kitchen) and local beer, wine and spirits tastings. Tickets are $75. For information, visit foodbankcny.org/events/savor-syracuse-2016.