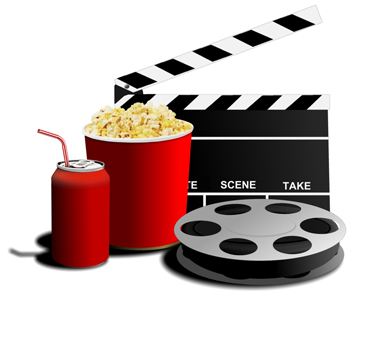 Check out these trailers!

For the second week in a row, film lovers can squeeze in numerous opening moments in this extended holiday weekend.

“The Secret Life of Walter Mitty” places Ben Stiller in the title role of the adventurous fantasy-comedy that comes from the pages of ideas and simple illustrations in James Thurber’s born-in-1939 short story.

Stiller directs and Steve Conrad adapts the tale of the little guy who dreams big. The trailer shows poor Walter stuck as a photo department guy in the huge Life magazine machine. He’s got a miserable boss, played by Adam Scott, best known as the nerdy hubby in TV’s “Parks and Recreation.”Kristen Wiig plays Cheryl Melhoff, a co-worker who gives Walter plenty of motivation to cross the line between daydreams and reality in a chase for a special photograph from a world-trotter played by Sean Penn. The action will be considerable.

“The Wolf of Wall Street” puts Leonardo DiCaprio and Jonah Hill into the money-making chaos of stocks, bonds and riches accumulated legally and otherwise in the dash for the almighty dollar. Martin Scorsese directs the expansive true story from the book by Jordan Belfort, with the screenplay by Terence Winter. There’s crime. There’s humor. There’s adventure. There’s corruption. The trailer shows greed, success and bad behavior, with Margot Robbie, Matthew McConaughey, Kyle Chandler and Rob Reiner playing roles in some or all of the above.

“Grudge Match” puts two of the greatest big screen boxers ever back in the ring together decades after their prime. Sly Stallone, “Rocky” himself in that notable franchise, plays Henry “Razor” Sharp. Robert De Niro, Jake LaMotta in the famous memoir “Raging Bull,” plays Billy “The Kid” McDonnen. It’s a comedy, and the trailer features Kevin Hart and Alan Arkin sparring verbally to make sure everybody knows that. The soft side of the story, written by Tim Kelleher and Rodney Rothman and directed by Peter Segal, includes a girlfriend (Kim Basinger) and a surprise son (Jon Bernthal).

Less than three weeks after the death of world hero Nelson Mandela, “Mandela: Long March to Freedom” opens to shine a spotlight on the man who liberated South Africa and inspired the human race with his determination. William Nicholson adapted the story taken from Mandela’s autobiography, and Justin Chadwick directs the look into Mandela’s rise from a child in a poor rural village to his inauguration as the first democratically elected president of his country. Idris Elba plays Mandela, and Naomie Harris plays his wife, Winnie Madikizela.

Action fans can scratch the samurai itch with “47 Ronin.” Chris Morgan and Hossein Amini wrote the screenplay and Carl Rinsch directs the tale of revenge. Hiroyuki Sanada stars in the tale that’s imbedded into Japanese legend, and Keanu Reeves has been placed into the mix for U.S. audiences.

Pop music takes center stage in “Justin Bieber’s Believe.” The documentary, directed by Jon M. Chu and written by Sarah Landman, takes a look at the rise of the Canadian musician’s rise to fame. Fans know how he started by gaining hits with his YouTube clips to become a worldwide star. The film promises a deeper look into the highs and the lows.

All those big openers last weekend, and not a one of them could unseat “The Hobbit: The Desolation of Smaug” as the top-grossing film.

The Tolkien tale again took No. 1 on the list, according to boxofficemojo.com, with a weekend take of $31.50 million. That puts the second installment of the fantasy trilogy at an overall gross of $127.55 million.

The best of the openers was next, with bumbling news team sequel “Anchorman 2: The Legend Continues” coming in second (appropriately) with a gross of $26.77 million. The couple-day head start gave Will Ferrell’s flick a chance to accumulate $40.0 million.

“Frozen” continued to animate family’s hearts and souls, standing at No. 3 with a weekend gross of $19.64 million, placing its overall number at a glacier-huge $192.03 million.

‘Saving Mr. Banks” is…
A pretty picture from Walter Mitty
To Top