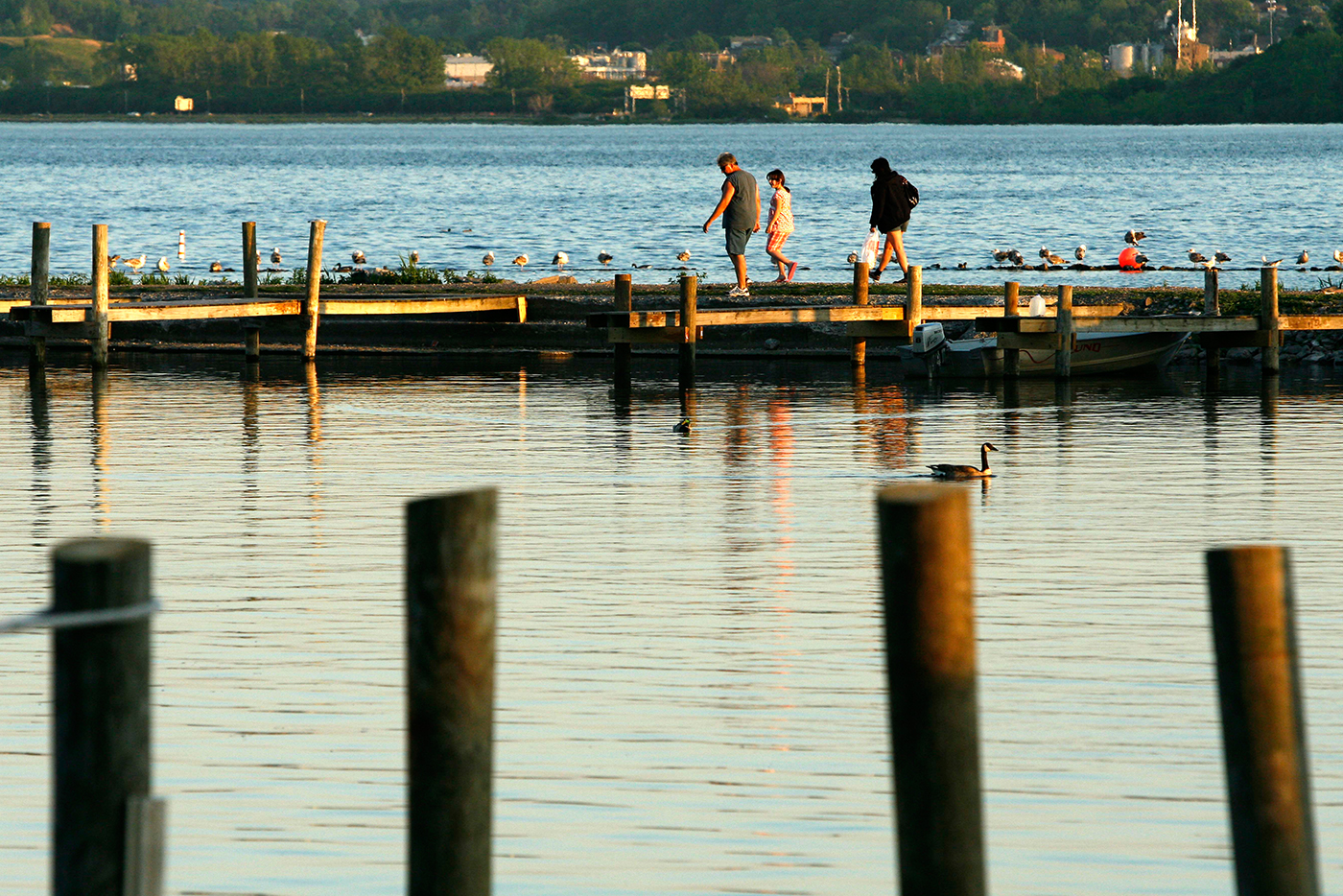 Onondaga Lake hits The Palace’s big screen in new film about its history.

Onondaga Historical Association (OHA) executive director Gregg Tripoli describes Beneath the Surface: The Storied History of Onondaga Lake as “more about the facts than an advocacy piece.” But the two-hour film that premieres Friday, Jan. 20, comes across as a letter.

“It tells the amazing history of the lake and how it has had national and international impact over centuries that a lot of people don’t know about,” said Tripoli.

The film opens with a Google Earth image, then an aerial view that brings Onondaga Lake into focus. It may be easy to dismiss the body of water as “a small lake in the middle of nowhere” except that “it somehow ended up right in the middle of everything,” the narrator, Mark Eischen, says. Eischen is a consultant with Otto Media, a Syracuse video production agency that worked with the OHA to create Beneath the Surface, which draws heavily on images from the OHA’s collection.

Local officials and experts appear in the film, which provides a roughly chronological story of the lake, beginning with the Haudenosaunee, or the Iroquois Confederacy. The film connects the Haudenosaunee Great Law of Peace with suffrage, lacrosse and environment cleanup.

For most Central New Yorkers, much of the material will be familiar. But there are some surprises, even for local history buffs. Viewers will hear much about salt, for example, including a nod to our local culinary specialty, salt potatoes.

Viewers may be surprised to learn the significance England, France and the Netherlands placed on this relatively small body of water as early as the 1600s. Settlers (or colonists) recognized the financial potential of the lake’s salt springs. “It was exaggerated on maps because they were ascribing so much importance to it,” Tripoli said.

The film guides viewers through the salt industry, the development of Syracuse and the Erie Canal’s role in the western expansion of trade and settlements. It describes the role of Syracuse’s salt industry in the Civil War. It also describes the heyday of the lake’s resorts and recreation in and along the water. Think ice boat races and “Ya gotta regatta.”

Viewers get a hint of material likely to be showcased in the new Regional Aviation History Museum at Hancock International Airport. The OHA will work with the state on the new museum, which Gov. Andrew Cuomo announced last week as part of the airport’s $45.1 million renovation.

The film describes the growth of industry that led to the lake’s pollution, and slows down a bit as it summarizes cleanup and remediation efforts. Although Tripoli said the film does not take sides, it does note the Onondaga Nation’s criticism of Honeywell’s efforts to clean up the lake.

“It’s a good story,” Tripoli said, “It gives people a reason to see why the lake is so important and worthy of attention.”

Oren Lyons gets the last word, reminding viewers of the Haudenosaunee connection to the lake. It’s “a very lively history,” he says in the film’s last scene. “People have to know the first footprint.”

Beneath the Surface: The Storied History of Onondaga Lake will be screened Friday, Jan. 20, 7:30 p.m., at Eastwood’s Palace Theatre, 2384 James St. A VIP reception at 5:30 p.m. includes open-bar cocktails, dinner, VIP seats to view the film and an afterparty. Tickets are $100. Tickets for the 7:30 p.m. showing and afterparty are $20. Order tickets at 428-1864 or cnyhistory.org. For more information, visit cnyhistory.org/calendar/onondaga-lake.