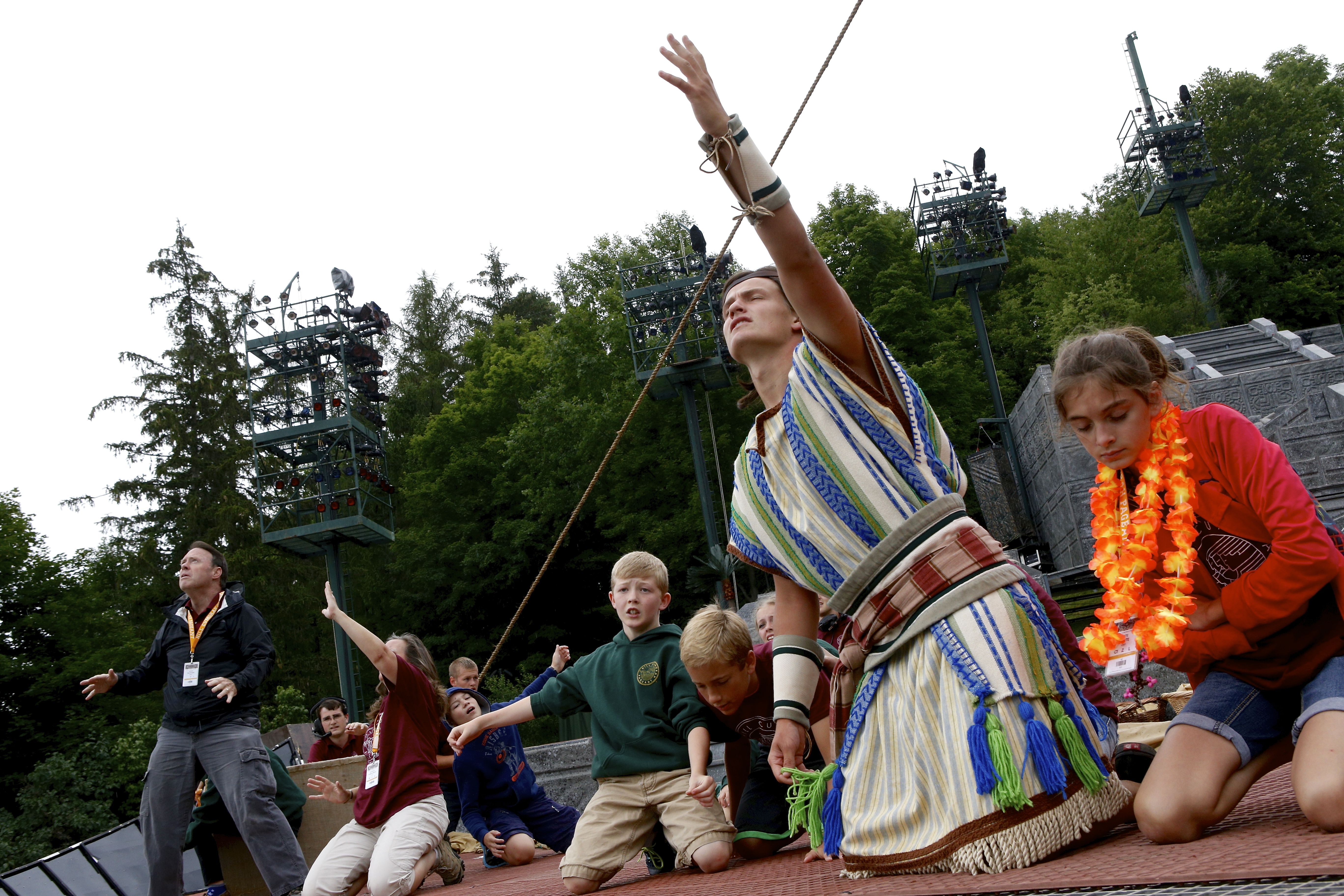 But those good times will soon be coming to a close: The church announced last autumn that the pageant will cease following the 2020 edition.

According to an October 2018 press release, “Church leadership made the decision after an extensive review of all pageants. Leaders said they took under consideration how to reduce the burden of church member time commitments, cost, security, impact to church sites and more in their decision.

Pageant president Neil Pitts said, “We had a wonderful run. Our church has asked us to focus more on the family, and this is certainly in line with that desire. We have had a wonderful 81 years and will focus on making the next two years an amazing experience for our cast, crew and audience.”

It’s hard to believe that the pageant first began as a low-key re-enactment of the Book of Mormon and Bible by local missionaries on makeshift stages lit by car headlamps. Now it’s a mammoth production that would have made Cecil B. DeMille green with envy.

To get the lavish show off and running, there will be 130 staffers, a behind-the-scenes 26-member work crew of 17- and 18-year-olds, and a cast of more than 700, which often includes entire families sharing stage time. They stay in nearby bed-and-breakfasts, KOA campgrounds and dorm rooms at Finger Lakes Community College.

Cast members from all corners of the world arrive about a week in advance, then rehearse for 12-hour days before the first production. They perform atop a seven-tiered, 1.400-square-foot stage in front of an audience that can often fill the 7,000 seats. And they all pay their own way to be part of the pageant.

Beyond the pageant’s non-threatening setting, audiences are also encouraged to check out the nearby Visitors’ Center, staffed by smiling missionaries who are anything but hard sell as they escort patrons through the displays.

So if you haven’t taken in this vacation destination, now’s the time to beat the 2020 rush and cross this off your bucket list. The Hill Cumorah Pageant site is located on 603 State Route 21, Palmyra. It’s two miles north of Thruway Exit 43, and about 60 miles from downtown Syracuse.

Admission is free, with food available for purchase, with lawn seating and interpreters for the hearing-impaired and Spanish audiences. For more information, call (315) 597-5851 or visit hillcumorah.com.