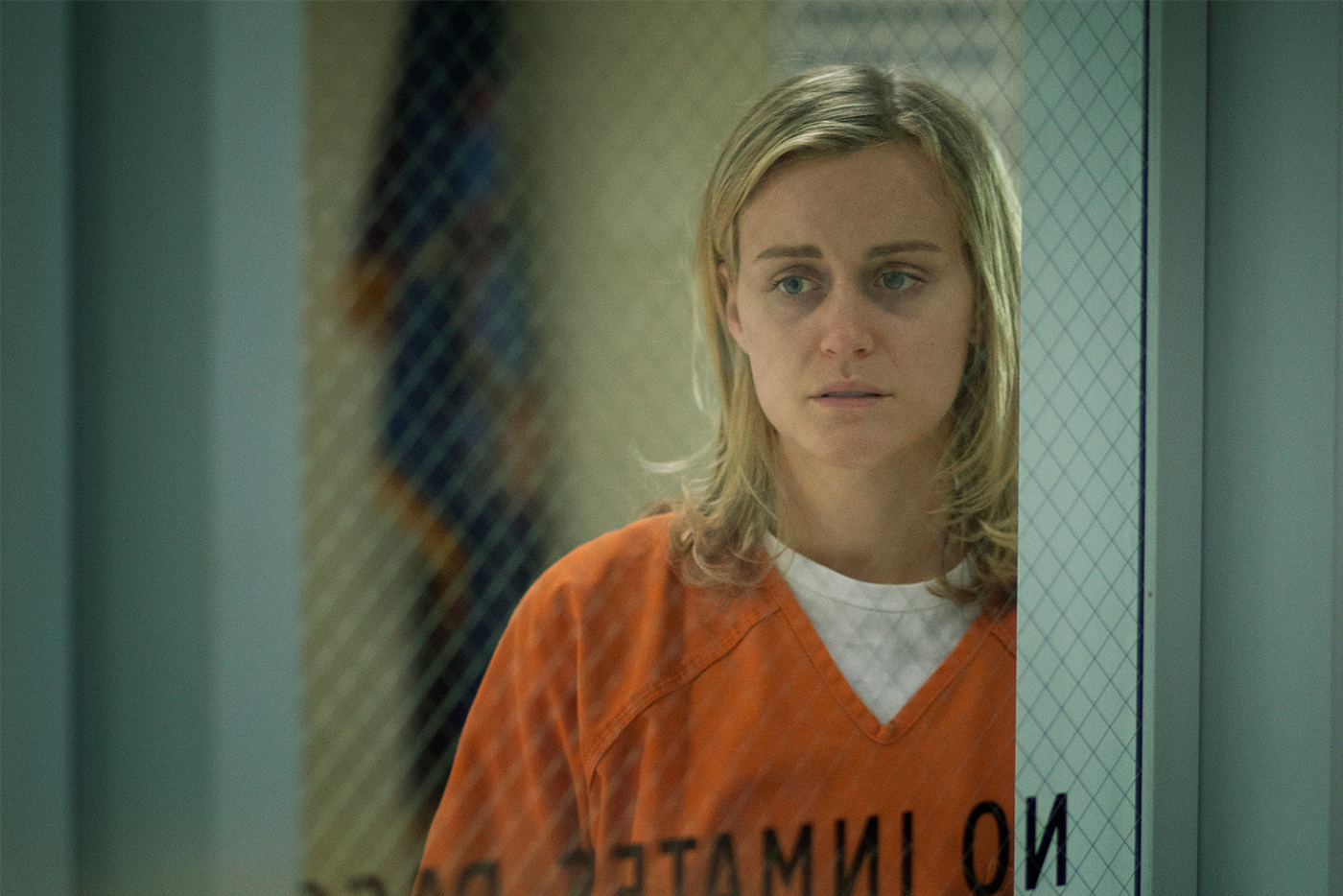 The new season of “Orange Is The New Black” shines fresh light on the private prison industry.

Spoiler Alert: This article includes broad and frank discussion of the plot details of the third and fourth seasons of Orange Is The New Black.

Orange Is The New Black is well-known for taking on controversial issues like race, gender identity, sexuality and, of course, criminality. This season, it took on the scourge of the private prison industry. Amid new clashes of race and class, the newest chapter explores how the industry’s dehumanizing of prisoners can have devastating consequences.

The same week the new episodes of OITNB were released, the progressive magazine Mother Jones published a 35,000-word account of reporter Shane Bauer’s four-month stint as an undercover private prison guard. It details the violence and mistreatment endemic to private for-profit prisons, as well as the challenges faced by underpaid, overworked corrections officers (COs). Together, the new season of OITNB and Bauer’s exposé shine fresh light on the private prison industry.

Bauer’s article describes how the industry boomed in the 1980s and 1990s at the peak of the war on drugs. Government leaders called for the mass incarceration of drug offenders, which created a flood of new prisoners into the criminal justice system. Incarceration is expensive. New York state spends upward of $60,000 per prisoner per year. With such a drag on taxpayer money, the argument for private prisons is compelling: why not allow the state to pay a private company a smaller amount per head to manage these facilities? The business-savvy minds at a for-profit company have the knowledge and incentive to find newer, more efficient ways to manage prisons. It’s a win-win for everyone, right?

In season three, OITNB‘s fictional Litchfield Penitentiary was acquired by a private prison company called Management & Correction Corporation (MCC). A cold, corporate approach to prison management set in, driven by new leadership focused exclusively on the bottom line. A bustling kitchen full of jobs for talented cooks was converted to a slop line to save money. Inmates were offered jobs sewing lingerie in a sweatshop, making pennies per hour. The new top-down approach encouraged the COs to treat the inmates like chattel.

After she was assaulted by fellow inmates, Sophia, a transgender inmate, was placed in solitary confinement, ostensibly “for her own safety.” In truth, MCC wanted to save the time and money it would take to actually manage the conflict and ensure Sophia’s safety. Segregation was the easiest solution despite its unfairness. The company also cut the COs’ pay and limited their hours, crippling their ability to properly manage the prison. At the end of season three, the COs walked out in protest.

During the walkout MCC replaced the inmates’ single beds with bunkbeds, doubling the prison’s capacity. At the start of season four, when new bodies arrive to fill these beds, the skeleton staff is unable to accommodate the influx. The original inmates are locked in the cafeteria while the new inmates are processed. A new class of COs is brought in. The MCC-trained COs are militant and sadistic. CO Piscatella, the new captain, never turns down a chance to remind the inmates that they are animals unworthy of basic human decency. When the inmates at Litchfield stage a protest to demand his resignation, he orders his COs to break up the protest. In the ensuing maelstrom, a young, well-meaning CO accidentally pins an inmate to the floor, suffocating and killing her. It is undoubtedly the show’s most devastating death, and its most profound statement against the prison industry’s anesthetized approach to human life.

Mother Jones‘s Bauer describes a similar experience inside the Winn Correctional Center in Winnfield, Louisiana — the country’s oldest privately operated medium-security prison. The fictional MCC is a proxy for Corrections Corporations of America (CCA), the largest private prison company in the United States, which owns and operates Winn., Bauer describes a dearth of staff and cold, unfeeling management style. On multiple occasions during his time undercover, the inmates at Winn were denied time outside because, with just one CO per 176 inmates, there were simply not enough COs to watch them. They were instead confined to their bunks and often became restless. Dozens of men were stabbed by fellow inmates during his tenure — sometimes right before his eyes. Winn’s undertrained staff were ill-equipped (and often unwilling) to intervene. He details a harrowing account of a transgender woman kept in a men’s facility where she was raped by fellow inmates while the guards turned a blind and bigoted eye. He cites lawsuits from an incarcerated pregnant woman who was left in a solitary cell for hours alone during a difficult labor. And these accounts are just the tip of the iceberg.

The Mother Jones article is as worth reading as the new season of OITNB is worth watching. If you watch first and read later, the article reads like a playbook for the show’s writers. Reading the article first will deepen your understanding of the show’s criticisms and heighten your anger as the season’s tragedies unfold.

Bauer is no stranger to first-hand reporting; in July 2009, Bauer, his girlfriend (now wife) Sarah Shourd, and their close friend Josh Fattal were arrested at the Iran/Iraq border while hiking in Iraqi Kurdistan. They were imprisoned for two years before their release was negotiated in 2011. The trio later published a book about their experience. Bauer’s journalistic work since then has focused largely on prisons and prison reform.

Though the fictional Litchfield Penitentiary is located in upstate New York, it’s important to note that in real life, New York state has no privately operated prisons. In 2012, when CCA sent offer letters to numerous states to buy all of their prisons for cash, New York refused the easy money. The outlook is positive elsewhere in the country, too. A quick Google News search will net you hundreds of recent articles signaling the United States’ slow move away from mass incarceration. President Obama has significantly scaled back sentences for drug offenders. In January, representatives of the American Bar Association published an editorial in the New York Times calling for an independent oversight agency that could prevent the kinds of abuses described by Bauer and OITNB. The private prison industry has also received a major tongue lashing from presidential candidates Hillary Clinton and Bernie Sanders, with Clinton vowing to “end private prisons and private detention centers” if elected.

Still, the United States has the highest incarceration rate in the world. With only five percent of the world’s population, we hold 25 percent of its prisoners. Somebody needs to manage them. We have a long way to go before we live up to our own standards of “liberty and justice for all.”

Season four of Orange Is The New Black is now streaming on Netflix. Check out Shane Bauer’s article at motherjones.com/prison and the six-part video story on YouTube.