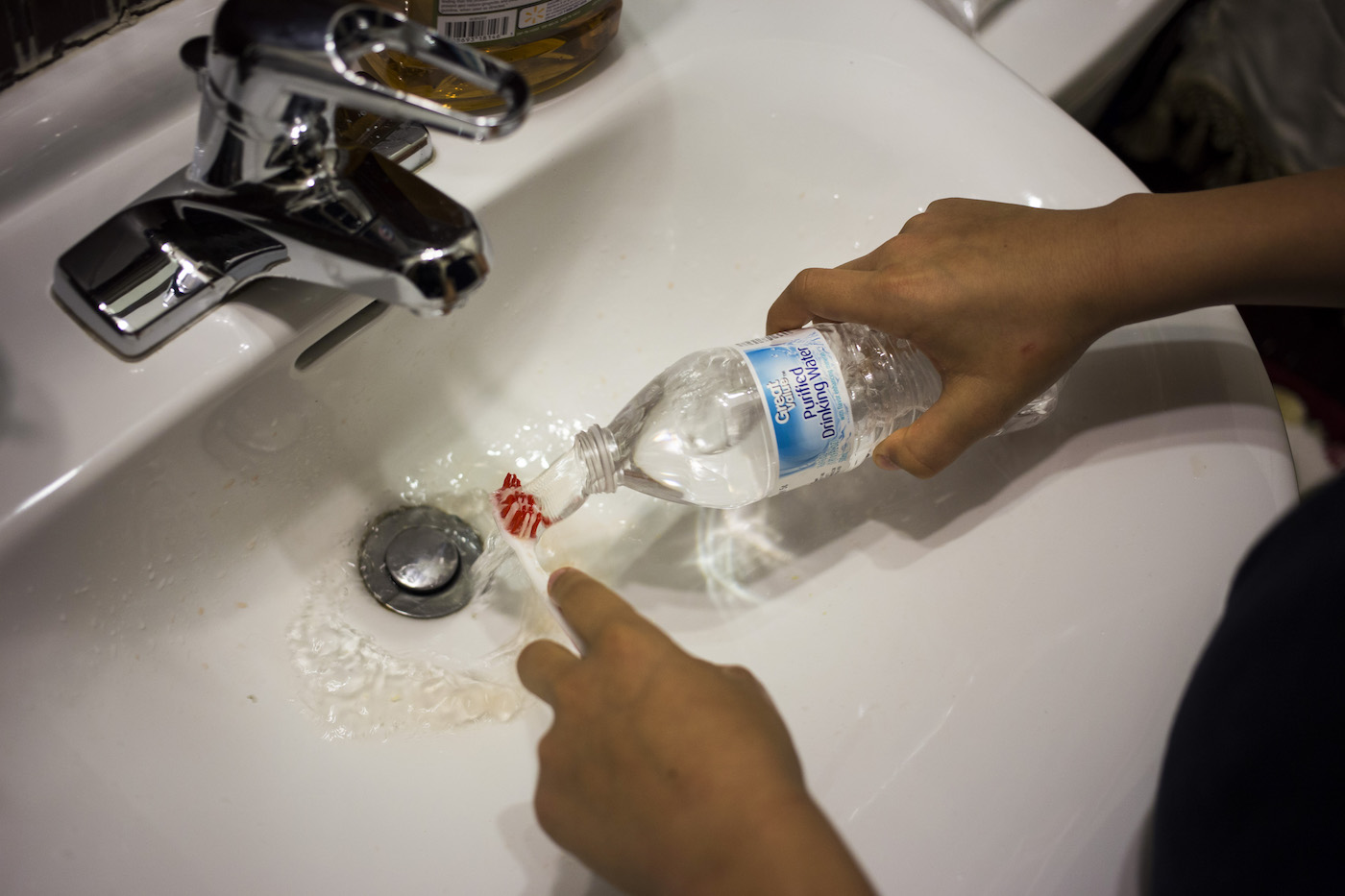 Remember when everyone was talking nonstop about the water crisis in Flint, Mich.? Presidential candidates campaigned there a year ago during the primaries, outraged that its residents were being poisoned by lead-tainted water. Hillary Clinton and Bernie Sanders even had a debate there.

Well, the candidates have gone, the elections are over, and no one is talking about Flint nonstop. That doesn’t mean the crisis has passed.

In the city 70 miles from Detroit, an estimated 100,000 people, many of them children, were exposed to high levels of lead in their drinking water. Concerns about lead poisoning were brought up several times to city and state government officials and they essentially ignored them.

As a result, the water has created battles: both for litigation and for life.

Lee-Anne Walters’ 5-year-old twin boys, who drank water tainted with lead, have been experiencing development problems, particularly with their memories. They can’t remember their colors or their ABCs.

Their mother told CNN that the boys, barely old enough to comprehend the joys of life, have already asked her questions like “Are we going to die? Can the doctor fix us? Is there medicine?”

While the water lead levels in Flint are now within safe limits, the city’s mayor announced last week it will be another two years until officials can recommend residents drink their tap water without filters.

What does that say about us? In the most advanced country on Earth, with all of the great accomplishments we’ve made in our history, something as simple as the safety of water — the stuff we drink, cook with and bathe in — is in some places on par with that of third world countries.

Still more frightening is that we know the situation in Flint points to a host of clean water and water systems issues nationwide.

In January, state health and education departments for the first time released statewide data with results of lead tests in school water, mandated by a new state law. About 14 percent of water outlets in schools outside of New York City had more than 15 parts per billion of lead in them, which is the federal safety limit.

Water safety in New York state became an explosive issue following the events that have come out of the village of Hoosick Falls and the town of Petersburgh, both about 30 miles northeast of Albany. In 2014, a former village trustee discovered in the water system elevated levels of perfluorooctanoic acid (PFOA), a chemical used in the manufacture of household products since the 1940s. PFOA, used in nearby factories, has seeped into the groundwater. Ingestion of PFOA has been linked to cancer and other health problems.

As with Flint, the government essentially ignored the findings. Documents found that Gov. Andrew Cuomo’s administration actively dismissed the EPA’s dire warnings about the water toxicity and waited more than a year to take action to protect residents despite knowing that PFOA levels exceeded safety measures. An investigation of the government’s handling of those incidents is ongoing.

While not related to lead, the situation in Hoosick Falls just adds another problem for our water: contamination not just from old pipes but from the soil.

After Flint got the nation’s attention and after Hoosick Falls became an embarrassment for the state, sincere efforts are finally on the table for a massive overhaul of our water infrastructure in New York, and not just because of unsafe drinking water.

It’s something we simply cannot wait any longer to do. Many pipes that run through our state were installed in the 1930s or earlier. Indeed, in nearby Philadelphia, some pipes are still being used that were put in the ground before the Civil War.

In January, Gov. Cuomo proposed the $2 billion Clean Water Infrastructure Act as part of his executive budget. The proposal includes installing advanced treatment and filtration systems, replacing lead service lines in low-income communities, upgrading aging wastewater treatment plants, and new measures to help prevent contaminants from getting into ground water, and a more rapid cleanup process if they do.

Senate Republicans announced last week they want to spend up to $8 billion on clean water projects.

It doesn’t really require much thought to realize that amount is not going to be enough. State officials estimate it would actually cost around $80 billion over the next few years. Syracuse officials estimate they’ll need $726 million to fix 550 miles of pipes, and the city has about 15,000 lead pipes.

We simply don’t have time for that kind of talk. There’s a reason infrastructure has become a critical issue at the national level. It’s needed now, and local governments can’t bear the costs.

The state Legislature should do what is necessary to pass reforms for water infrastructure upgrades this year. Let New York set an example for how to solve a problem stretching across many states.

If we further delay or get drowned in a battle over costs, we are going to become a nation of Flints, and we’ll be paying for it in more than just dollars.