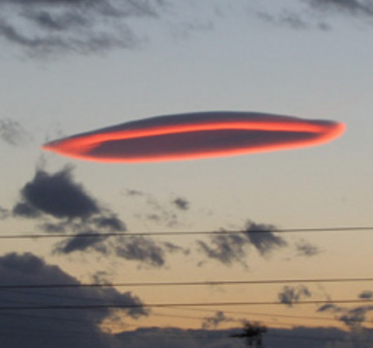 What we see is purely a function of our brain’s interpretation.

I saw a movie a few years ago that related a story about when Columbus’ ships first arrived in the Americas. The natives couldn’t see the ships because they had never seen anything like them, not until the tribal shaman was able to perceive the waves lapping up on a hole in the water. Some people I know thought the notion was a bunch of hooey, but I knew there was some basis for this in scientific fact. We “see” not just with the eyes, but also with the mind.

Ask any police detective about a crime committed in the midst of a lot of people. Either nobody saw anything,  or there are a half-dozen different descriptions of the perpetrator. This phenomenon is very real and is based in our own human visual processing.

The thing to remember is: What our eyes see is processed and filtered by our brains, usually on an unconscious level.There is some great classic science to back this up. For example, Gorillas in Our Midst: Sustained Inattentional Blindness for Dynamic Events, a 1999 study by Daniel J. Simons and Christopher F.  Chabris, of the Harvard University Department of Psychology. In a now classic experiment related to human visual processing, people were asked to watch a video of six people passing a basketball. They were to press a button every time a certain team had possession of the ball.

About half the people tested remember seeing a woman in a gorilla suit walking across the middle of the screen during the basketball game. They didn’t expect it, so they didn’t see it.

How many of us have desperately looked for our car keys and were blind to them right in front of us, largely because we didn’t expect to see them there.

In terms of UFOlogy, this is very important. Suppose we see an alien spacecraft. What if its shape and design is beyond any learned concept we know from nature or our technical experience. There’s a very real possibility our brains might simply filter out the object because we don’t understand it. In others words, we might not see it at all.

There have been reports in which a small group of people experienced a sighting. One or two persons clearly reported a technical craft of some sort. Another saw something bizarre or even cartoonish, and yet another person might see absolutely nothing.

In pre-colonial times, when natives who had never seen a horse first saw a man on a horse, they thought that it was one being. Many centuries later, when members of a Native American tribe first saw a Model A Ford, their comment was, “It stares…” in reference to the headlights that appeared to be eyes. Finally, how many of us as kids remember seeing something monstrous in the dim light of our bedrooms at night, only to discover it was just a chair with some clothing heaped upon it? I can’t stress this strongly enough: Our brain processes what our eyes see. What we see is purely a function of our brain’s interpretation.

November 2013 has been strangely scant for UFO sightings in New York Skies. So this week I’ve decided to report to you some UFO sightings from Onondaga County from years past:

If you would like to hear about the History of UFOs in New York, join me at the Onondaga Free Library on Sunday, Nov. 17, for a lively talk. All are welcome and admission is free. Visit our website for details.

If you have a New York UFO story to tell, I’d love to hear about it. All respondents’ names will be kept confidential. Email me at NYSkies@DragonLadyMedia.com

UFO’s over the Hudson Valley
Points of Reference
To Top