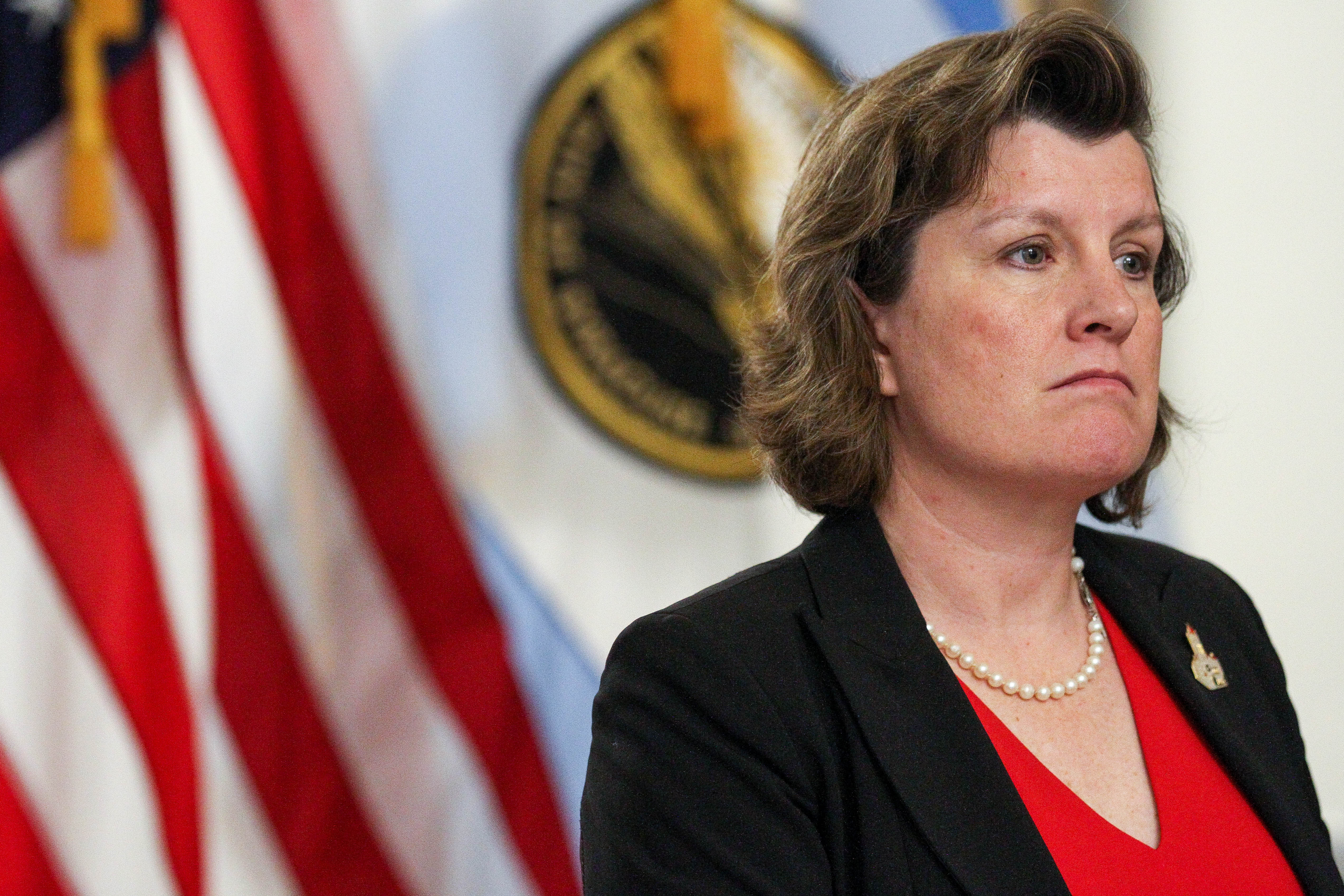 Two months ago, they were both brought together in Albany to talk politics: two longtime Central New York politicians with two different political ideologies representing two different constituencies, but who soon may seek the same office.

Former Syracuse Mayor Stephanie Miner and state Sen. John DeFrancisco dropped hints last year about their possible ambitions to challenge Andrew Cuomo in the 2018 race for New York governor. Within the same week, one of those hints became stronger and the other became reality.

On Jan. 30 Republican Sen. DeFrancisco, the Senate’s deputy majority leader who has represented the Syracuse area in the state Legislature for 25 years, formally announced his candidacy for the state’s highest executive office. Days before DeFrancisco’s announcement, Miner told The New York Times that she was still eyeing a Democratic challenge to Cuomo, while no longer weighing a run for Congress.

Could either DeFrancisco or Miner put together a campaign that could carry them to their respective party nominations, and ultimately, the governor’s mansion? To defeat the two-term incumbent, they both face an uphill climb.

DeFrancisco discussed that obstacle during his announcement: “The pundits and the pontificators, the press and the political class, will say that we can’t win, that a Republican from upstate New York has no chance.”

Yet DeFrancisco has many qualities that would make him a formidable opponent. He hit Cuomo hard on perhaps his two weakest fronts: economic development and corruption.

“Our once-proud state has become a laughingstock around the country,” DeFrancisco said, “with the highest taxes, the worst business climate, high energy costs, a failing transportation and infrastructure system, failing schools and rising unemployment in every region of the state, except New York City.”

DeFrancisco will likely center his message on improving the economic status of the state, particularly upstate. He has been a constant critic of the governor’s business incentive plans, which have produced lackluster results over several years at the expense of taxpayer money.

Crafting the right economic argument, and being from upstate himself, DeFrancisco could further capitalize on Cuomo’s poor performance upstate during his 2014 re-election bid. After defeating Republican Carl Paladino in 2010, Cuomo only won a handful of counties north of Westchester County four years later when he faced Rob Asterino.

Indeed, the region could be DeFrancisco’s for the taking. As of January, a slim majority — 51 percent — of upstaters view Cuomo favorably. That’s up from 48 percent last July and 43 percent last March.

It doesn’t hurt that DeFrancisco’s economic fight conveniently fits in with his anti-corruption stance, since one of Cuomo’s former top aides is currently on trial in Manhattan for a bribery scheme involving one of the governor’s economic development projects.

Cuomo has also overseen a swath of state workers — including the two leaders of the state Legislature — be arrested, convicted and sentenced on corruption charges. Despite an electoral promise to clean up Albany, Cuomo has failed to get any concrete ethics reform through the Legislature.

Another factor that could potentially help DeFrancisco is if Cuomo is bruised by a progressive criticizing him from his left flank. That’s where Stephanie Miner comes into play.

After close ties with the Cuomo family, Miner’s relationship with them has soured in the last few years. In the 1990s, she was a regional representative for Gov. Mario Cuomo, and then in 2012, Andrew Cuomo appointed her as co-chair of the state Democratic Committee. She left that position after a short time following disagreements with Cuomo’s policies.

She has since attacked the governor on infrastructure spending and not doing enough to help struggling upstate cities. These criticisms against her own party’s governor have raised her

political profile, with many wondering if now is her time to make a move.

The last time Cuomo had to face a progressive woman was in 2014. Frustrated with Cuomo’s fiscal conservatism, cozy relationship with Senate Republicans and failure to address corruption during his first term, liberals pushed Fordham Professor Zephyr Teachout into the spotlight. The grassroots-leading Teachout staged a surprisingly strong campaign against Cuomo and managed to win a third of the Democratic vote in the primary, carrying 23 upstate counties, including Albany County.

Miner could actually improve on Teachout’s results since she lives upstate and is more known than Teachout was by this time in her race. But to win a primary, she would need to gain traction in the downstate area. Coincidentally, Miner will spend this spring in New York City teaching a course at New York University.

Besides going up against a powerful incumbent with $30 million in his campaign chest, Miner’s largest obstacle may be her own progressivism. While it would be a stretch to label her as the same grassroots candidate that Teachout was, even Teachout once said that Miner was “somebody who represents the kind of politician we should have.”

Miner is still very much a Clintonian Democrat. She endorsed Hillary Clinton for president just two days after she announced her candidacy. And even if Miner was more progressive, Teachout’s strong performance against Cuomo in 2014 steered him toward enacting more liberal policies in his second term, from banning hydrofracking in the state, to initiating plans for a $15 minimum wage and free college tuition.

This shift to the left might explain why many Democrats approve of Miner but still want Cuomo to be governor. An August 2017 Siena College poll found that Syracuse Democrats preferred Cuomo to Miner as governor, 47 percent to 38 percent.

When it comes to both Miner and DeFrancisco, there’s also one external factor that could help or hinder them: President Donald Trump. DeFrancisco supported the president early on, but if the 2018 election ends up being a Democratic wave, it could severely damage any chance DeFrancisco might have. As a vocal critic of Trump, Miner could turn that energy into a winning ingredient against Cuomo if she can prove to Democratic voters that she is more willing to take on Trump than the governor.

A Central New Yorker could very well be the state’s next governor, yet DeFrancisco and Miner certainly have their work cut out for them.