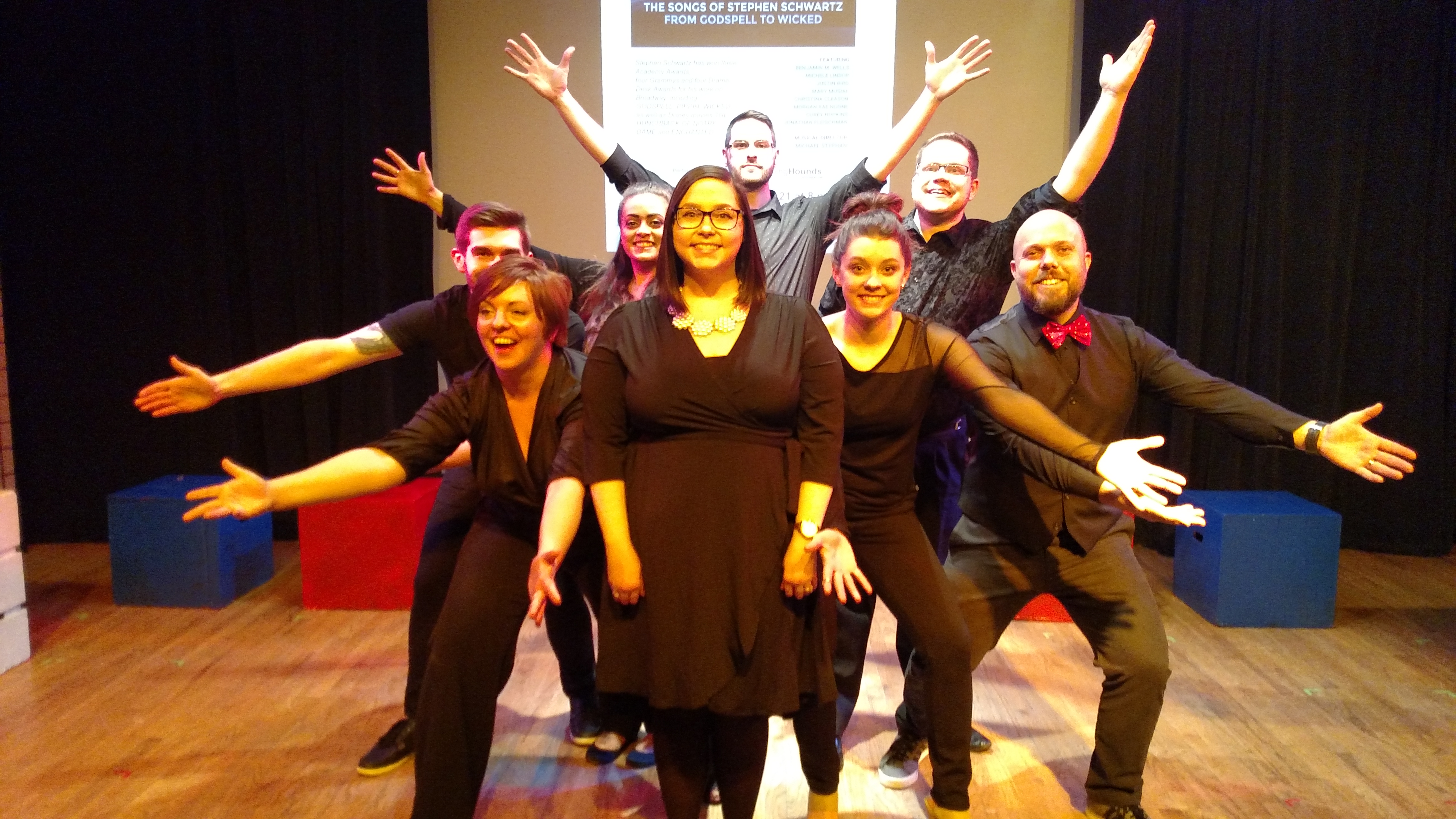 Along with being a Central New York premiere, this is the second-ever U.S. production of the show, titled “Defying Gravity.”

Insecure musical theater buffs can rest easy if they do not immediately recognize the title of Rarely Done Productions’ Defying Gravity, running through April 21 at Jazz Central, 441 E. Washington St. The useful subtitle spells out the range of the production: “The Songs of Stephen Schwartz from Godspell to Wicked.”

The selection was put together for American stars touring Australia by the composer himself and has never appeared on the usual route to familiarity, e.g. out-of-town trials and New York City acclaim. Along with being a Central New York premiere, this is the second-ever U.S. production. Newcomer Michael Stefan handles the musical direction.

Schwartz’s career actually began before Godspell (1971), his first big hit, and continues to this day. He turned 70 last month and has given no signals of retirement. But his is an unusual career with his biggest achievements coming while he was in his 20s, like the theme for Butterflies Are Free (1969), then Pippin (1972) followed by The Magic Show (1974), a mammoth success dependent on the skills of eccentric magician Doug Henning and never revived. He always worked after that, for both stage and film, but did not score another knockout until Wicked (2003).

The title song for the show, “Defying Gravity,” is one of Alphaba’s numbers in Wicked. Muscular-voiced Mary Musial, the designated belter of the eight-voice company, makes it the power punch of the 19-number review. It can also be seen as a thematic signifier for the show. Many of these songs are a generation old, some from flop shows, but they are defiantly still commanding our attention.

Schwartz’s “Colors of the Wind,” one of the most familiar songs in the show, had been part of the score for the Disney animated movie Pocahontas (1995). It really caught on when Syracuse University’s own Vanessa Williams released her version. That led to both the film score and “Colors of the Wind” winning Academy Awards. Although it comes in the middle of the second act, Michele Lindor makes it a showstopper here.

Although Schwartz is a name anybody who cares about musical theater instantly recognizes, many would be hard-pressed to call to mind his top songs, which are more likely to come from the most popular shows. “Making Good” from Wicked, for example, gives another opportunity for Mary Musial to work up a storm.

This means quite a few numbers are from shows most people have never seen, allowing stage manager-graphics designer Dusten Blake to help us along. He projects posters from shows such as Children of Eden and The Baker’s Wife (a 1976 flop), and such films as The Prince of Egypt, the 1998 animated feature on the life of Moses that includes the Academy Award-winning “When You Believe.”

Elsewhere Blake introduces graphics that apply themes from Schwartz’s lyrics to contemporary events, including faces of people currently in the news and likely to provoke strong audience reactions. The most effective of Blake’s graphics are the slides of children in school shootings that accompany “When You Believe,” powerfully delivered by Mary Musial, Morgan Rae Noone, Justin Bird and Jonathan Fleischman.

That so many of the numbers may be unfamiliar makes Defying Gravity a journey of discovery. This allows some of the most experienced cast members to act as well as to sing, which is what Benjamin M. Wells does with “Corner of the Sky” and the very different “West End Avenue.” Similarly, Justin Bird plumbs the drama of “Lost in the Wilderness” from Children of Eden, a Broadway failure that has had an extended life in community theater.

Stephen Schwartz has always had an affinity for religious expression in the secular theater. He is a Jewish composer whose early success was Godspell, a retelling of the Christian gospels. Not surprisingly, some of his most effective numbers are in the idiom of American worship, the Negro spiritual. The all-company number “Light of the World” helps to shape the tone of the first act. But the finale, “Ain’t It Good,” with Christine Cleason leading the ensemble in her best number, blows it away.