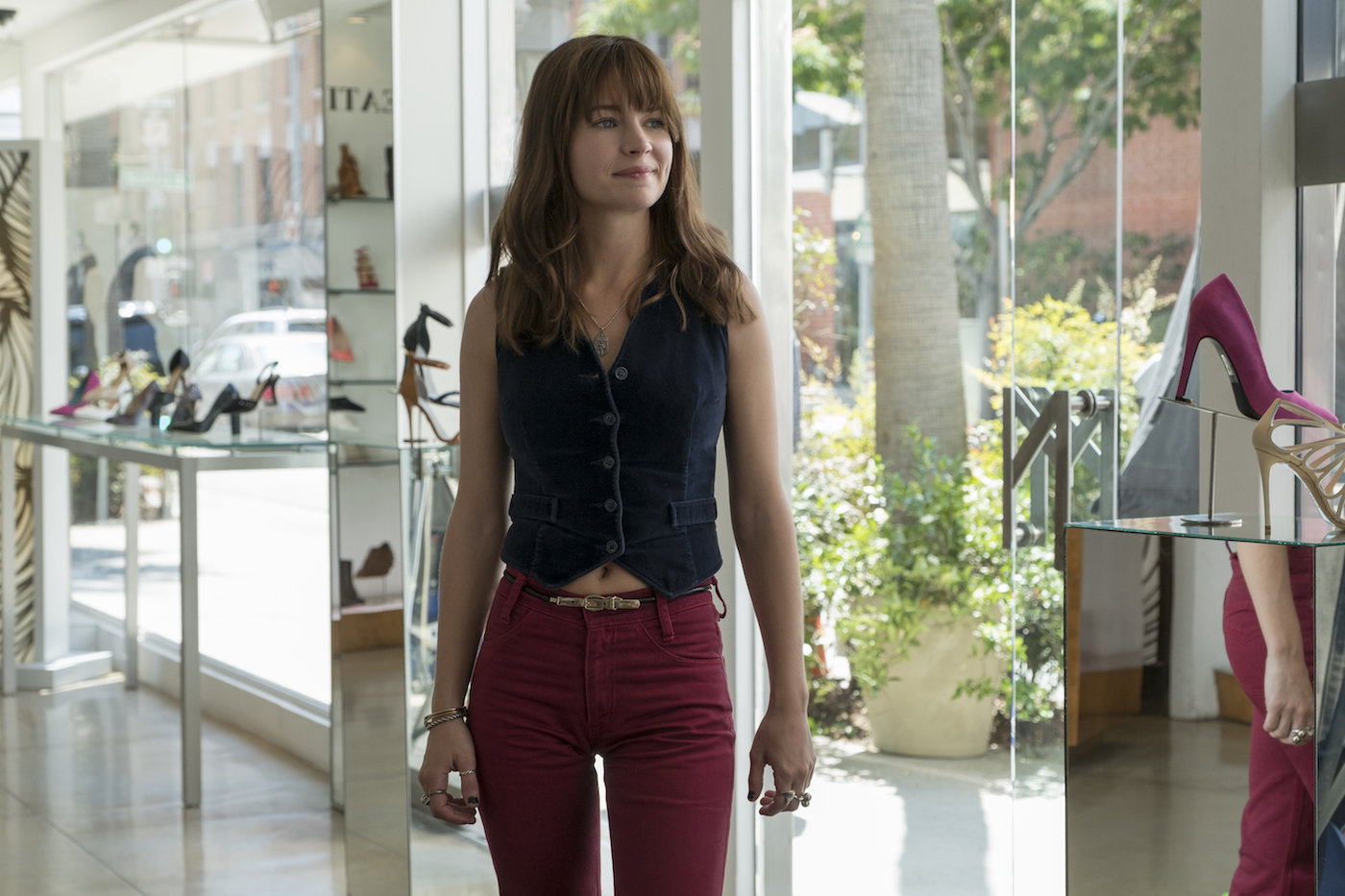 “Girlboss” attempts to supplement the growing feminism genre on TV, but falls flat.

Girl power has become an increasingly popular plot device on modern television. Through socially conscious humor and witty dialogue, it pushes along stories like those on 30 Rock, Parks and Recreation, and Chewing Gum without feeling forced. The protagonists in shows like these are the epitome of girl power — they’re fierce, funny and flawed. They’re not using their pride in their power to mask their entitlement, and they don’t throw tantrums when things don’t go their way.

In all, they’re not Sophia, the protagonist of Tay Cannon’s new Netflix original series, Girlboss.

On the surface, Netflix’s latest addition to its original content seems like a nice addition to the list of shows aimed to promote the success and strength of women. Based on her memoir of the same name, Girlboss tells the story of Sophia Amoruso, the founder and executive chairman of online retailer Nasty Gal. Amoruso, who was named one of the richest self-made women by Forbes in 2015, founded Nasty Gal, then known as Nasty Gal Vintage, in 2006. She was lauded for her success as a businesswoman who got her start on eBay. At first, the celebration of her successes seems warranted. But in Girlboss, which admittedly claims to be “loosely based” on her memoir, she is nothing more than a spoiled, stubborn and selfish crybaby who evokes annoyance instead of empathy.

Sophia is played by a disingenuous Britt Robertson (Mr. Church, The Space Between Us, A Dog’s Purpose). It’s clear through forcibly witty dialogue and flat jokes about feminism that Robertson’s character is going for a quirky “I’m not like other girls” persona, but her performance is more of a rebellious Disney starlet than a badass feminist icon. When she tells an older woman in the first episode that “Adulthood is where dreams go to die,” the viewer may be more inclined to roll their eyes at her futile attempts at apathy than to nod their head in agreement and say, “Yeah, she’s got a point there!”

The inauthenticity of Robertson’s performance is unfortunate, however, because it’s obvious this story is supposed to instill a sense of inspiration in the hearts of its audience with Sophia’s impressive business acumen and devil-may-care attitude. “I am straight up disagreeable,” she proudly says with a smirk in one episode, but her angst and blatant disregard for the feelings of her friends and family are baseless — Sophia really has nothing to be angsty about. Yes, her mother left her and her father when she was 12, and the episode where she finally begins to explore the emotional damage this abandonment left her inspires some sympathy, but in the end, she is still insufferable. She’s pissy for the sake of being pissy, and that isn’t impressive, it’s childish. It wholly detracts from any meaning that Girlboss may have been trying to get across.

Robertson is backed by a relatively uninteresting cast of characters, most of whom spend their time telling her she can’t make a living from selling vintage dresses on eBay … even though we all know she will … which just makes those interactions all the more boring and cliché. Sophia’s best friend Annie, played by Ellie Reed, is probably the funniest and most genuine character on the show. This is really saying something, since one of the first things she does is scream “Hey, slut!” at Sophia across a bar, explaining to Sophia that no, she isn’t reclaiming the negative word in a feminist move … she just likes to yell out “slut” in crowded places. So edgy.

As a whole, Girlboss is a disappointment. While there are a few redeeming aspects of the show, Girlboss’s sparing wins do not make up for its losses. While the conception of the moment where Annie and Sophia get into a fight over AIM is one of the most genuinely compelling moments in the show (instead of watching their chat window, the women sit face to face and recite the hurtful words they’re throwing at each other with straight faces), it does not erase an earlier, painful moment in the series where Sophia and her love interest, Shane (played by a boring Johnny Simmons) are approached by a “crazy feminist” on the street. It’s a tasteless bit that mocks radical feminists, and it completely undermines any pretenses that Girlboss is a show that promotes girl power, feminism, or even satirical humor.

It’s clear that Cannon, the creator of Girlboss and former lead writer and producer of 30 Rock, was attempting to capitalize on the popularity of feminism and a new celebration of women in business, but she chose the wrong woman to celebrate. Amoruso’s story, as told by Cannon and her team of writers, isn’t really that groundbreaking. She was, as far as viewers can tell, a spoiled white girl who “fought the man,” sold vintage clothes at higher prices than she bought them at on eBay, and hit the jackpot when she started her own website and clothing line (whose clothes, if we’re being honest, are a bit ridiculous and ugly for their price). And while Amoruso may be wealthy and successful now, her company, Nasty Gal, is hardly commendable. The retailer has been accused of firing female employees because they were pregnant, received less than glowing reviews from former employees, and, in 2016, filed for bankruptcy.

Perhaps Girlboss could have succeeded in what it sought out to do had the writing, ensemble, and story been stronger. It succeeded in its execution of cool cinematography, and the throwbacks to early- to mid-2000s music were much appreciated. But as a complete package, it just didn’t work. It used a popular theme in television today (girl power) and failed to do it justice. With feminist comedies like Chewing Gum, Great News, and Broad City dominating the small screen, Girlboss’s exploitation and improper utilization of the strong female lead is hardly worth the watch.