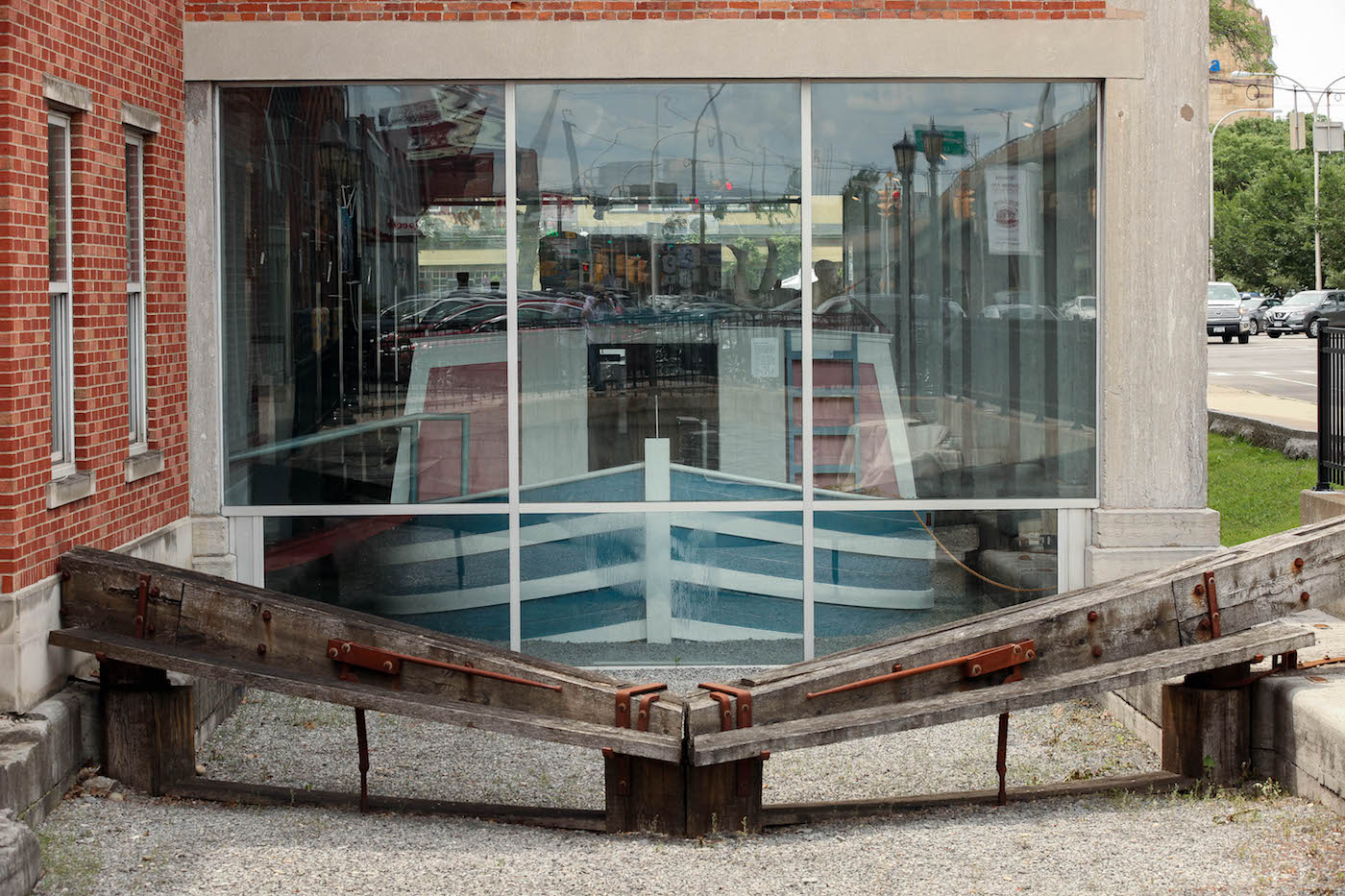 On July 4, 1817, the ground was officially broken for the development of what would become the Erie Canal. The 360-plus-mile waterway and transportation system, which was the second largest in the world in the mid-1920s, proved its economic worth for New York state and the country’s economy.

This significant part of New York history will never fall by the wayside. Several organizations, including the locally operated Erie Canal Museum, Erie Canal Park in Camillus and the Chittenango Landing Canal Boat Museum, are determined to keep such rich history a part of the present.

Steve Zeitlin of City Lore is also determined to keep alive the canal’s history. His story began with a family vacation. In 2004, Zeitlin and his family passed on going abroad and instead rented a houseboat on the Erie Canal. There was something magical about the waterway, he recalled about the decision.

“There is this amazing juxtaposition between the history of the Erie Canal, how it changed and industrialized America, to the deindustrialization I saw on that trip,” he said during a phone interview. “There are many abandoned places and factories. It seemed to be a great story to be told.”

A year later he and Paul Wagner got together with folklorists from across the state. Each year they picked up on the canal’s changes, as they noted that tourism was helping with the revitalization of the canal. For example, a Seneca Falls mill was converted into the National Women’s Hall of Fame.

“The story can be told in three parts: the creation of the canal, the industrialization in the late 20th century and then the revival as a tourist byway,” said Zeitlin. “It’s a living museum and a bike trail that will stretch from Buffalo to New York City.”

The New York City-based Zeitlin teamed with Virginia-based Wagner and Syracuse co-producer Dan Ward to release the 2015 film Boom and Bust: America’s Journey on the Erie Canal, a 31-minute documentary. Although the canal’s waterways are still used today, albeit in a limited manner, its overall decline affected not only transportation and shipping methods, but the textile, steel and other industries.

Canal-focused bicentennial celebrations have been taking place all year long, with September shaping up as an especially busy month. Zeitlin is pushing the Heartland Passage Tour, a 10-city journey beginning Saturday, Sept. 2, 5:30 p.m., in Herkimer.

“It was kind of a crazy idea,” he said. “Ten different events in 10 different cities is a very difficult and complex thing. We’ve had a great time visiting these places and figuring out how to make the screenings work.”

The Herkimer kickoff takes place on the Diamond III cruise boat and will feature music by the Dady Brothers and Kit Fallon, storytelling and a screening of Boom and Bust. Admission is $20; visit citylore.org for information.

From Herkimer, the group will then venture to Brooklyn for an appearance at the Waterfront Museum on Sunday, Sept. 3. There will be different musical entertainment and storytellers on hand, but the rest of the programming, including a Boom and Bust screening, will remain the same. Admission fees for each event will benefit the hosting location.

The tour next travels north along the Hudson River and then westward to Buffalo, hitting up theaters, vessels and museums in Albany, Rochester, Medina, Brockport, Macedon and Lyons along the waterway. The tour climaxes Saturday, Sept. 23, 4 p.m., at Mohegan Manor, 58 Oswego St., Baldwinsville. For $10, patrons will see the film, a performance from Jay Unger and Molly Mason, storytelling and more.

Why stress storytelling? First-person narratives from those directly involved and affected by the Erie Canal provide an exemplary education history books cannot provide. Boom and Bust’s genuine charm is propelled by its on-screen folklorists, as they inspire for viewers to learn more.

“Storytelling has always been a part of our work,” said Zeitlin, who holds a Ph.D. in folklore. “Everybody has a story to tell. The older people are not so much the keepers of history: They’re still the keepers of the stories they can tell from their memories. We hope to leave people inspired, entertained and informed. I think people will fall in love with the canal again from hearing the creativity the canal has spawned.”

Syracuse’s Erie Canal Museum, 318 Erie Blvd. E., is also connected to the Heartland Passage Tour. Executive director Natalie Stetson and director of communications Vicki Krisak have been promoting the tour along with other organizations across the state, including Livingston Arts Center in Mount Morris.

Stetson said there are many monumental Syracuse moments. “In 1820, the Montezuma packet boat arrived. DeWitt Clinton was there, but he wasn’t at the initial groundbreaking for the Erie Canal in 1817,” said Stetson. “The Barge Canal, which is referred to as the new canal, was named in 1918, and that will be celebrating its centennial.”

Stetson noted that the tour will lead into the World Canal Conference, which takes place Sunday, Sept. 24, through Thursday, Sept. 28, in Central New York. The Marriott Syracuse Downtown will be the host hotel for the five-day, four-night conference.

The mornings will feature typical conference sessions with a variety of topics and speakers from around the globe. Afternoons will feature canal study tours to different parts of the waterway. The westbound tour will venture to Camillus, Port Byron and Seneca Falls. Eastern tours will stop in Chittenango and Rome. And the northern tour will head to Fulton and Oswego, stopping in Lysander along the way.

The closing ceremonies on Sept. 28 will feature the passing of the canal waters, where the host country of the current year hands off a vessel of their water to the country hosting next year’s World Canal Conference. In this case, the stateside host will pass the liquid baton to Ireland. For information, go to wcc2017syracuse.com.

Krisak hopes these two major events will generate more interest in the canal and the museum. She said there has been an increase in non-Central New York patrons seeking out the museum while they’re in town visiting schools or taking a road trip.

“Our visitation holds steady around 21,000 people per year, which isn’t bad for a little history museum in Syracuse,” Stetson said. “Visitation is growing each year. We do have room to grow, and I think we will.”

The museum’s recent effort has been the summertime Wednesdays at the Weighlock, a weekly hump day and post-work series that features music and adult beverages. “It was something we’ve never tried before,” said Stetson. “We thought it would have been difficult finding 14 weeks of performers. It’s a random gig to play two hours, but it wasn’t difficult at all.”

The Erie Canal Museum is also currently featuring an artist-led lecture and workshop series called Reflections on Erie’s Waters: The Erie Canal in New York State’s History and Future. “Our job is to help paint the picture of this city and region we live in,” said Stetson, “telling how the canal impacted it, changed it and created it.”