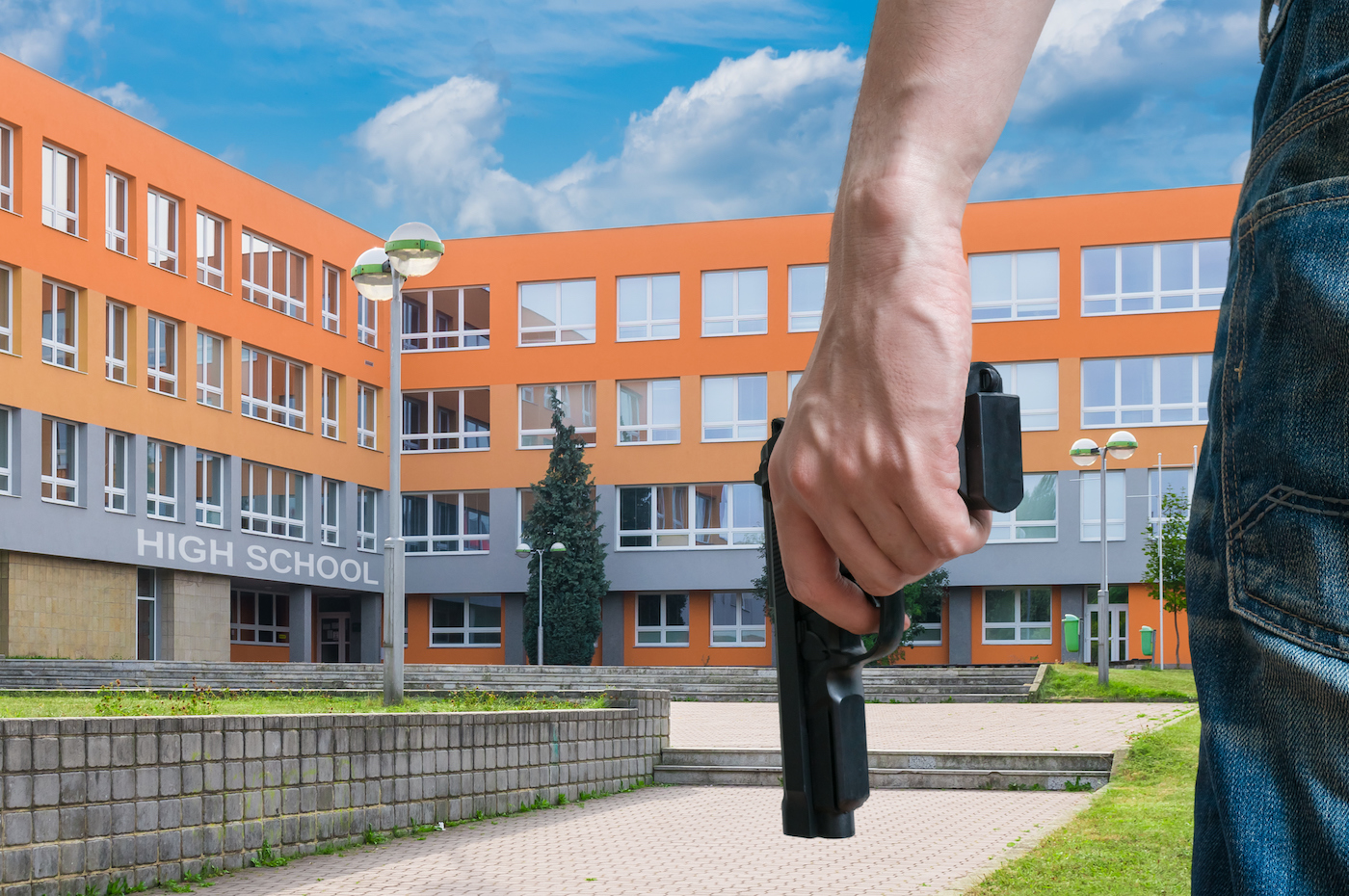 Frequency of mass shootings has changed the way we think.

Last summer I was at the grocery store in the pasta aisle. While attempting to locate a jar of Prego marinara sauce on the shelf, my thoughts took a drastic turn from my shopping list.

I looked in one direction toward the front of the store, and then the other, and without any context, thought this: What if an active shooter was in here? What would I do? Where would I go?

The 1999 mass shooting at Columbine High School occurred four days before my sixth birthday. I distinctly remember the TV images of students fleeing from the school in terror and thorough searches of my backpack at the entrance of my own school for days afterward. I was much too young to comprehend the gravity of the situation, but the vision of those moments runs strong in my mind.

Nearly 20 years later, while working in a newsroom at The (Glens Falls) Post-Star, I learned about the violent acts of our time that no longer placed Columbine in its unique place in history. My third day at this job was the Charleston, S.C., church shooting. My last week at this job was the most recent workplace shooting in Florida.

Three months prior to my hiring, I visited Paris and the site of the Charlie Hebdo paper, where assailants killed 12 of its office staff. It was an incredibly eerie experience. I have a copy of Charlie Hebdo at home.

Because of the recent extreme hostility toward the press, and after reading so many inflammatory comments about my newspaper on our website, more than once I found myself at my desk wondering which exit I would run to should a gunman find his way through the door.

That door’s closer, but it would leave me more vulnerable, I thought. That one’s got more chances for cover, but might as well be a mile away.

I got nervous every time a customer at the reception desk raised his or her voice or appeared overly agitated. It’s incredible. It’s frightening.

Eighteen years after Columbine, the world is much different. One year after the Pulse Nightclub massacre in Orlando, things have changed. Mass shootings have become something we expect. They have changed the way security at closed locations is handled. They have changed training scenarios for individuals from police officers to teachers.

But they have also changed us. And not just politically.

They have become a staple in the back of our minds. They can infect our subconscious when we find ourselves at a school, movie theater, mall, church, mosque, concert or club. Or even when we’re in the middle of buying marinara sauce.

It’s no longer just those who were actually a part of these terrifying moments, like Kevin Sterne, who after being shot — twice — at Virginia Tech gets uneasy at sudden loud noises, becomes anxious in large crowds, and sits with his back to the wall at restaurants so he can see the entrances and exits.

It’s you and me. It’s all of us, whether we really notice it or not.

I can’t help but think of the “duck and cover” generation: those who grew up being regularly drilled to get under desks or get to bunkers in the event of a nuclear attack during the height of the Cold War. It became part of the culture.

This is like a 21st-century version. But just like the threat of a nuclear strike didn’t stop people from living their daily lives for 50 years, the threat of the next shooting doesn’t stop us, either.

We still go to schools, movie theaters, malls, concerts and clubs. But the cultural impact of mass shootings has damaged our minds, and it’s because the frequency of these incidents has erased the “it can’t happen here” argument we try to tell ourselves. I’m sure there are people in Orlando, Newtown and Charleston who probably thought that.

That’s why I can’t brush off thoughts of the same carnage happening while I’m looking for sauce in a small grocery store in upstate New York, no matter how unlikely it may seem.

I’m not sure how long this will go on. I don’t know how long it will be before the places we associate with routine or recreation are no longer places of screams and flying bullets.

I don’t know when our minds will recover. But I do know, sadly, that it won’t be for quite some time.