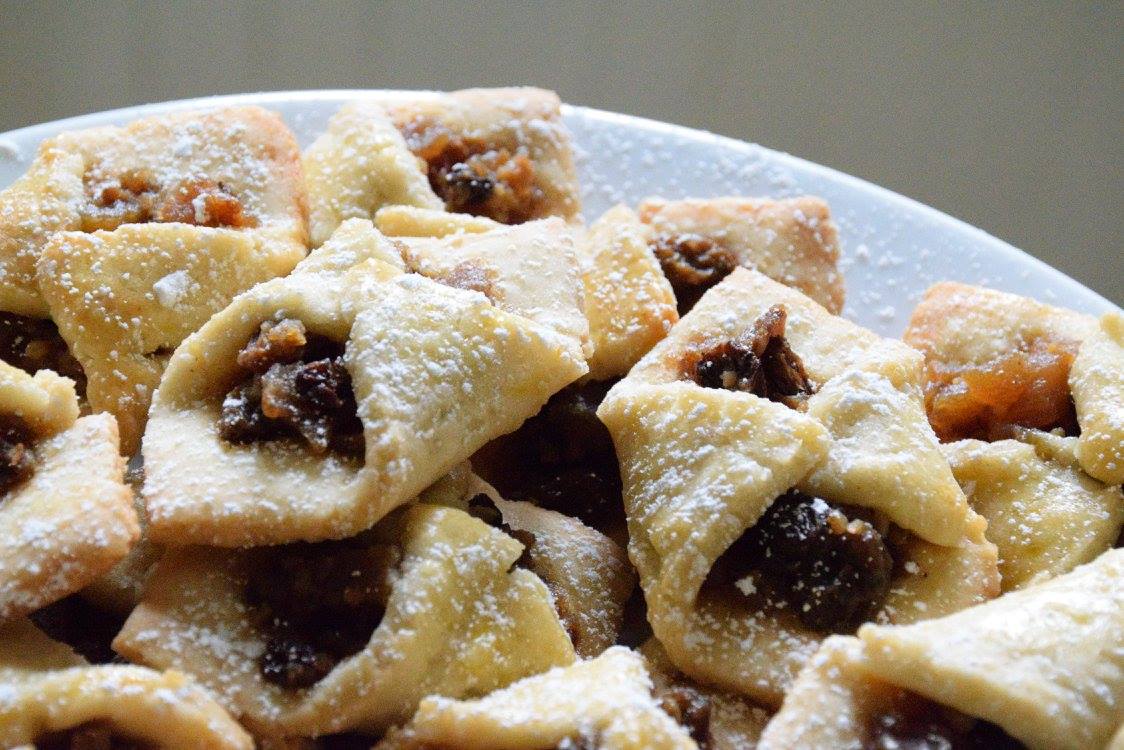 But a local food entrepreneur is out to put mincemeat on the comeback trail and at the center of the dessert table this holiday season and beyond.

Lynne Pascale, owner-operator of Farmer Street Pantry, will be offering 8- and 12-ounce jars of fruit-only mincemeat on Saturdays, starting Nov. 4, at the Central New York Regional Market, 2100 Park St. Find her in the F Shed, Stall 50, through December.

The fruit-only distinction is important, because the mass-produced mincemeat found in grocery stores generally does contain suet or some other form of meat. The making of the mincemeat – Farmer Street Pantry photo

Pascale says she always had “a strong hankering’’ to start her own business. In mincemeat she found a way to meld her love of food and cooking, her passion for history and local history and her desire to do something entrepreneurial.

She earned an anthropology degree from Syracuse University in 1981 and around the same time started dating Chuck Pascale, who with his brother, Neal, opened Pascale Wine Bar and Restaurant on Hawley Avenue in 1982. The couple later married (and are now divorced), and Lynne served as pastry chef in the restaurant’s early years. She would go on to become a stockbroker and history teacher, but circled back to pastries on and off over the years, as Pascale’s moved downtown and later to Fayetteville.

In 2011, she joined the staff of the Onondaga Historical Association as director of development, and learned about the key role mincemeat played in Syracuse’s manufacturing past. In 1885, she notes, the Merrell-Soule Company began making None Such brand condensed mincemeat in Syracuse. Fresh mincemeat went bad quickly, but Merrell-Soule discovered how to reduce its moisture content to increase shelf life.

The product was embraced by bakers and pie makers and by 1925, Merrell-Soule produced enough mincemeat to fill 12 million pies annually, Pascale notes. (The Merrell-Soule Company was purchased by the Borden Company in the late 1920s and continued to produce None Such mincemeat in Syracuse until 1981. None Such is now produced by the J.M. Smucker Company.)

Last year, Pascale left the OHA to launch Farmer Street Pantry, and introduce her mincemeat in time for the holiday baking season. “I saw the way to start my own business through mincemeat,’’ she says with a laugh. “We’re having a renaissance of interest in local foods. Our mission is to reinvigorate the production of mincemeat here in Central New York.’’

While mincemeat pie may not be as popular as, say, pumpkin, apple and pecan pies, it does have its fans. The British have a deep appreciation for mincemeat and “mince pies,’’ and that appreciation extends to Canadian customers she encounters at the market and other events, Pascale says.

And some customers are drawn to the product because it takes them back to a cherished times and place — to Thanksgiving or Christmas at Grandma’s house, for example. “Mincemeat touches a nostalgia or a memory that people have that’s a very personal thing,’’ Pascale says. “That is so gratifying, when you can give that gift of a memory for someone.’’

Not inclined to make a mincemeat pie? You can use the mincemeat “right out of the jar,’’ Pascale says, with cheese and crackers, stirred into yogurt, warmed and spooned on pancakes, waffles and oatmeal, as a garnish for a ham or turkey sandwich, as part of a
stuffing for squash or poultry — and in baking beyond pies. Think scones and muffins and coffee cakes.

“It’s very versatile,’’ Pascale says. “One gentleman at a market said he put it on a peanut butter sandwich and it was really good. I love to hear how people are creative with it.’’

In addition to the seasonal appearance at the Regional Market, look for Farmer Street Pantry mincemeat at the Nelson Farms Country Store, in Nelson; Bailiwick Market and Café, Elbridge; and other locations. For more information, call (315) 415-7616 and visit facebook.com/farmerstreetpantry/. SNT

Margaret McCormick is a freelance writer and editor in Syracuse. She blogs about food at eatfirst.typepad.com.
Follow her on Twitter, connect on Facebook or email her at [email protected].