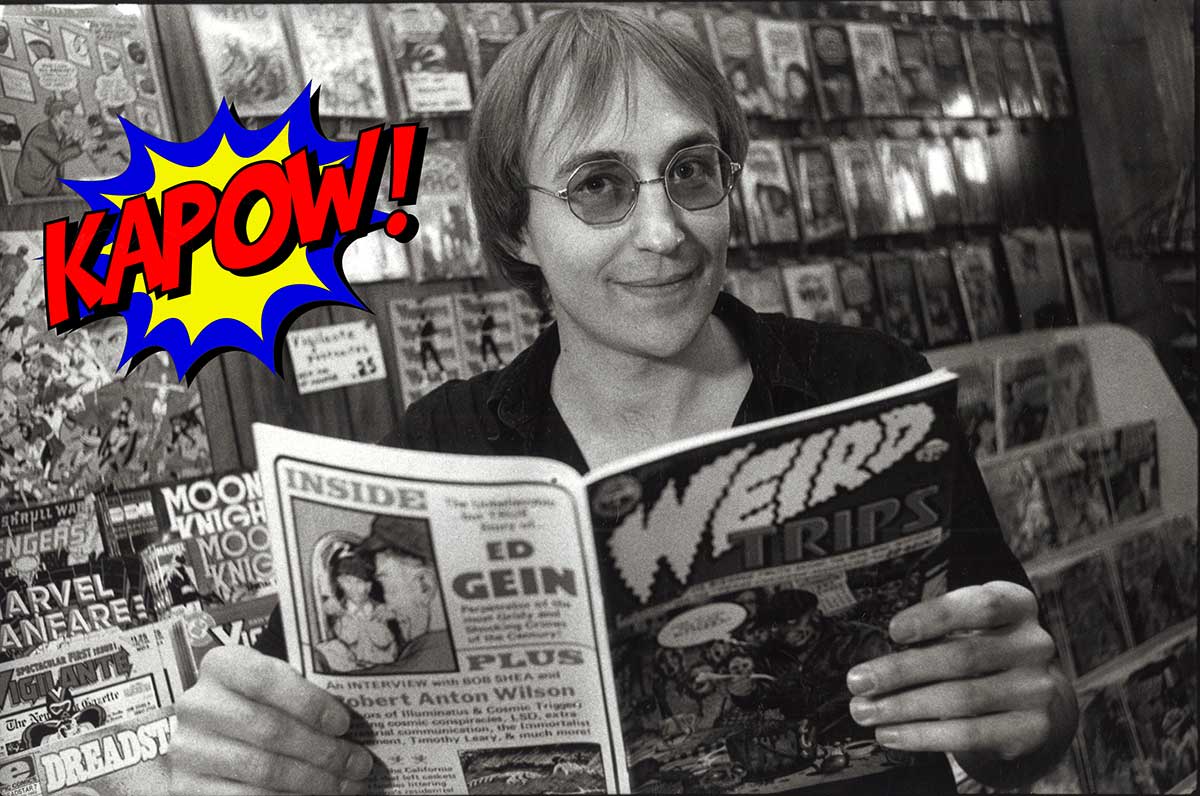 The animated TV series The Simpsons first introduced Comic Book Guy, the portly, ponytailed and pompous proprietor of The Android’s Dungeon and Baseball Card Shop, way back in 1991. But Central New York’s very first comic book guy, Mike Sagert, was in the business about a dozen years earlier, when he opened his Dream Days comic store on Montgomery Street, on the same 100 block as City Hall and the hallowed music tavern The Firebarn. Sagert passed away April 14, leaving behind many memories of four-color fantasies featuring caped crusaders and cartoon characters.

The notion of starting a specialty outlet for comics, then regarded as strictly kids’ stuff by clueless parents, might have seemed initially daunting to novice businessman Sagert, who was rebuffed several times by prospective landlords before he finally found a cramped nook on Montgomery. Yet Sagert persevered, with word-of-mouth quickly kicking in that Dream Days was the hip destination for comics fans searching for the new exploits of Spider-Man or old-school admirers in the hunt for an ancient issue of Millie the Model.

“Mike always used comics to bring people together,” Peyer recalled. “He didn’t care about the money side of the business; it was a necessary evil. He was especially kind to kids. While putting together his first Halloween convention at the Landmark, he told me he was getting little interest from dealers. They didn’t want to work on Halloween, if you can believe it. Mike forged ahead, because giving children something fun to do on the holiday was more important to him than collecting booth rent from dealers.”

It’s unfortunate that Sagert won’t be around to savor the joys of the upcoming Free Comic Book Day, which has taken place on the first Saturday in May since 2002. Not only do kids of all ages get to choose their freebie favorites, there’s usually a big-time Hollywood superhero flick at the multiplexes on the same weekend, which explains why Avengers: Endgame is setting records at the box office.

Peyer, who will be at the Comix Zone from 9 a.m. to noon to chat about AHOY’s new Dragonfly and Dragonflyman comic book, has nothing but praise for Free Comic Book Day. “It’s a busy day at the stores, and a great day for parents to bring their kids and let them see what the whole thing is about,” Peyer noted in 2017. “And there’s always somebody in the store who is discovering comics for the first time and they’re excited about it. It’s always great to be around that.”