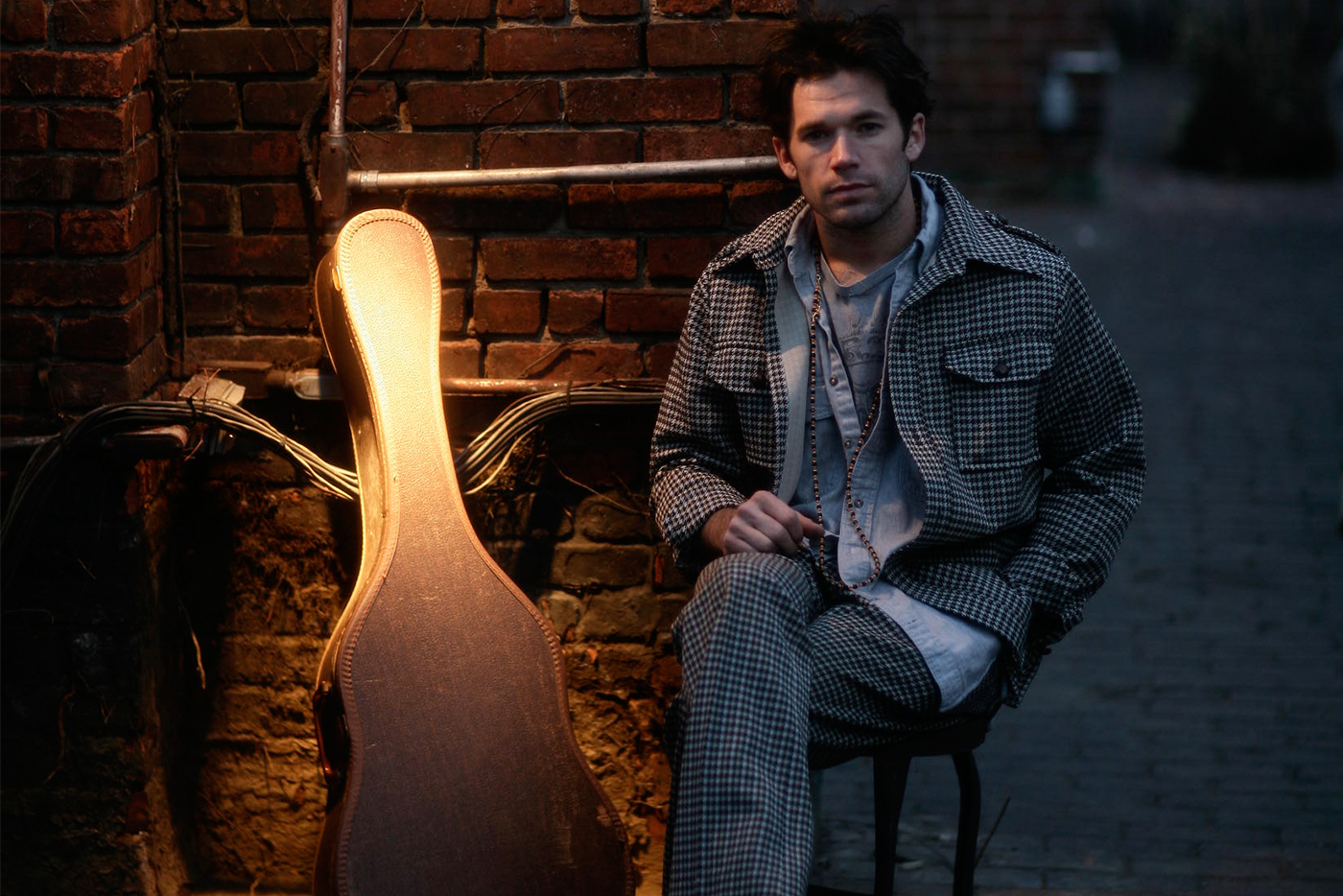 Mike Powell is back to playing and recording music at his own pace.

Soon after his CD Kapow was released in October 2014, singer-songwriter Mike Powell was feeling burnt out. So he laid down his guitar and relocated to Florida’s Siesta Key. But it’s a very different story two years later.

Powell recorded his new album, Tied to the Rail, on Aug. 22 live at the Lost Horizon, then quickly released it on Sept. 15. He’s been gigging steadily ever since with his new band, Black River; Powell will record with them in January at Big Blue North Recording Studio in Utica.

Powell and Black River will perform at the Cazenovia College’s Catherine Cummings Theater, 16 Lincklaen St., on Friday, Dec. 9, 7:30 p.m., preceded by opener Ryan Burdick. (Tickets are $15, available at Eventbrite.com or by calling 655-STAR.) At the Cazenovia show, they will play songs that are even newer than the ones Powell recorded on his album.

“It’s not that amazing,” Powell says about the pile of tracks he has penned within the past year. “I can’t shut it off. After this one’s done, I might not have another for four years. I’m trying to capture as much as I can while I’m hot. It’s kind of a frantic rush. I’m chasing the songs around.”

While the Tied to the Rail tunes are primarily Powell in solo mode, he’s in a new mindset with the fresh batch. “It’s nice to write different songs with the band in mind,” he admits. “It’s a great exercise for me. I get caught in that folkie songwriting. I enjoy writing and arranging the music just as much as writing the words.”

That attitude is refreshing for Powell, who was exhausted following Kapow’s lengthy recording process, especially his effort “to be the guy in charge of everything.” By the time the record issued, the songwriter had no desire to put a band together and handle a promotional tour.

“I go through periods where songs fall out of me and then they dry up for a second,” he says. “I don’t force anything. If I’m not feeling creative or inspired, I don’t sit down and try to grind it out. I just let it happen. And it wasn’t happening.”

So he and his girlfriend Nicole moved to Florida for two years and worked for his brother Ryan’s company, Powell Lacrosse. “We never dreamed we’d live in a place like that. I told her, ‘We are never leaving this place. I want to die here in Siesta Key,’” Powell recalls. “Then a week later she tells me, ‘I’m pregnant.’ And I said, ‘We’re getting out of here. We need help.’”

“I had to get my shit together and make sure I was set up for her arrival,” Powell says. “Then once the baby was born, I shifted my focus to things I’d been thinking about for a long time.”

He converted his barn into an art studio and started building all the furniture for his house. Powell also started making guitar amps, as well as plenty of custom work for locals.

Powell also wanted to record an album that captured his live performance, so he rented out the Lost Horizon for a night and recorded Tied to the Rail. Only one song on the album, “Gypsy Dove,” featuring bassist John Danks and George Newton on pedal steel, was recorded on a different night.

Two microphones were used: one for his guitar and one for his voice. Powell played each song about five times, listened back, picked one take of each and moved on. The result is an album that represents Powell’s pure performance.

“It was so refreshing for me,” he says. “No click track or vocal booth. Just go in, play the song, listen, pick. And within two weeks I had it in my hand.”

Powell explains the album’s title, which comes from a lyric in “Empire Line,” Tied to the Rail’s opening song. “The phrase ‘tied to the rail’ paints a nice picture for me. The tracks are your path in life and you’re kind of committed to that. You’re tied to the rail in many ways. It’s tough to veer and check things out. But you can stop at any time and explore. But you hope that you will always find yourself back on that same track. The overall theme is that if we take time to stop and slow the train down, even get off the train for a little while and explore, we find happiness and it helps us when we get back on the tracks to enjoy the journey a bit more.”

The album is significantly darker than his other works, yet Powell believes he was probably in a really positive place when he wrote the songs. “I find when I’m happy, I write sad songs,” he explains. “All those songs are from one writing period and all came within two weeks. When they come that quickly, they all have the same backbone even though the subjects may change. It’s an album that comes from the Bob Dylan-John Prine school of writing: personal storytelling in the verse with an attempt at a universal chorus.”

Powell says he’s just trying to make space for the next handful of songs, whenever they may arrive. “My head can only keep songs for so long,” he says. “Before you can download the new one to your brain, you need to let go of one. I’ve had a pocket full of songs and I’ve got to get them out to make room for new ones. It’s nice to get them off my chest.”