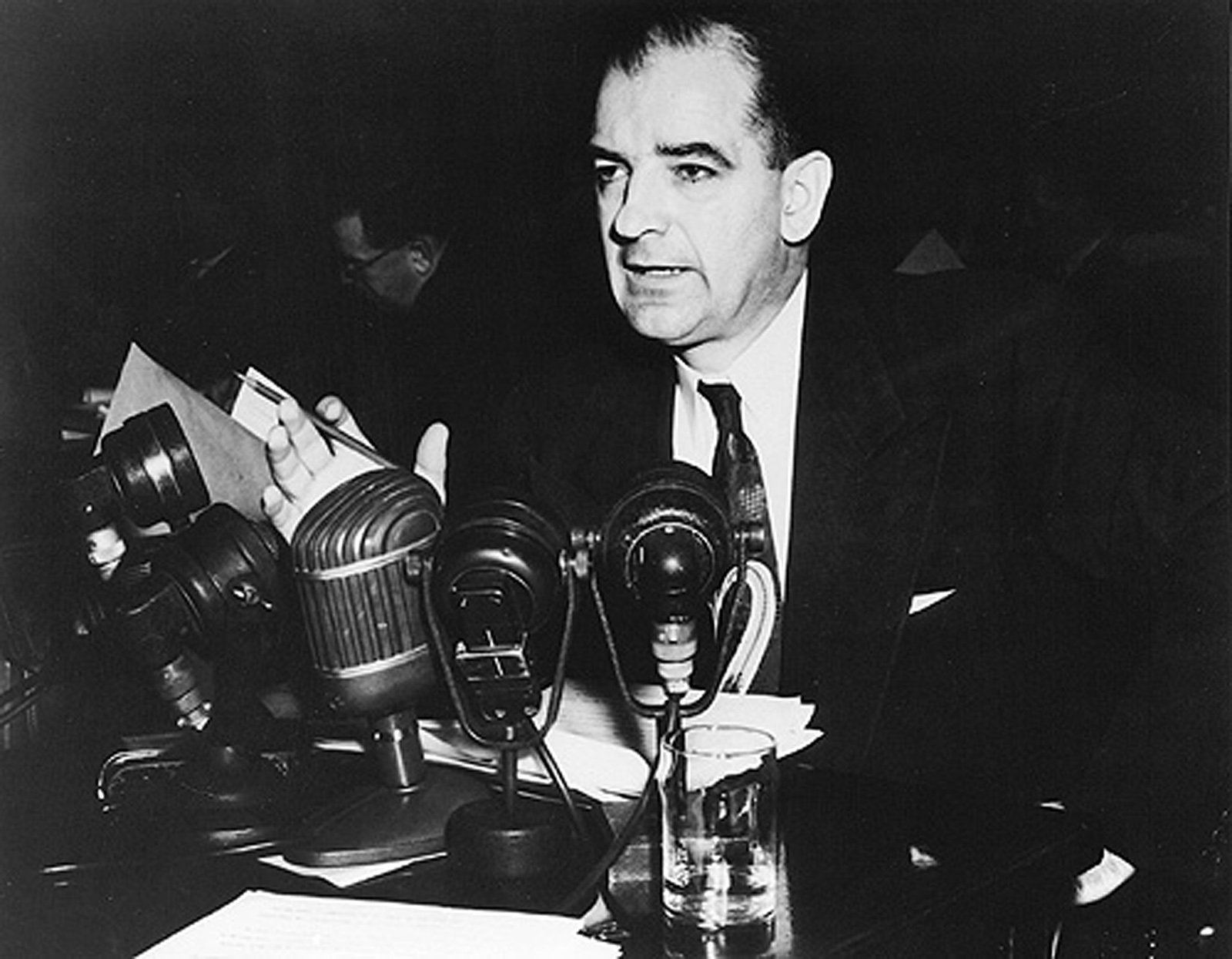 On Feb. 9, 1950, a relatively unknown Republican senator from Wisconsin managed to leap to the front of a post-war paranoia movement that forever turned his name into a definition for exploiting fear without basis, all for political purposes.

Standing before the Women’s Republican Club in Wheeling, W.V., Sen. Joseph McCarthy announced that he had a list of 205 men employed by the U.S. State Department who he claimed were “members of the Communist Party and members of a spy ring” for the Soviet Union.

That pivotal moment in history was eerily echoed in the last few weeks by, interestingly enough, the current Republican senator from Wisconsin. In an interview with Fox News on Jan. 23, Sen. Ron Johnson suggested that a “secret society” may be operating within the FBI.

“The secret society: We have an informant talking about a group that was holding secret meetings off-site,” Johnson said.

He was referring to text messages exchanged between two senior FBI officials during and after the 2016 election, in which one text stated, “Perhaps this is the first meeting of the secret society.” Johnson added that a source had told him and other GOP senators that the FBI was holding off-site meetings.

Days later, Johnson backed off that suggestion considerably, saying that it was “a real possibility” that the “secret society” texts were merely a joke. But not all Republican lawmakers are as eager to backpedal when making accusations against our nation’s intelligence operatives.

Two weeks ago, California Rep. Devin Nunes made a McCarthy-esque gesture by spearheading the move to publicly release a memo declassifying information that he believed would expose anti-Donald Trump motives inside FBI operations. Trump himself was also convinced that releasing the memo would completely vindicate him regarding the ongoing investigation by special counsel Robert Mueller into possible Russian collusion and obstruction of justice, as he indicated on Twitter.

Trump approved the memo’s release despite public objections by his own FBI chief and Justice Department heads. But the memo is not the smoking gun that the right wing claimed it was. It was four pages of partisan, cherry-picked evidence that was largely incomplete or taken out of context.

What’s important isn’t so much what’s in the memo, but what the memo represents: Trump’s war against U.S. intelligence agencies is no longer merely a war of words. After claiming that Barack Obama wiretapped Trump Tower without offering any evidence, after claiming Obama’s national security adviser illegally “unmasked” Trump aides (something Trump’s own national security adviser has debunked), after repeatedly refusing to acknowledge the conclusions by intelligence officials that Russia interfered in the 2016 election, and after buying into conservative media’s narrative that a governmental “deep state” exists to take down Trump from within, the Nunes memo is actually something on paper. It is a modern version of McCarthy’s infamous lists.

This time it’s not about ridding the government of Soviet sympathizers for national security reasons. This time it’s about Trump.

But the fundamental objective of McCarthyism is no different now than it was then: undermine crucial U.S. institutions that keep Americans safe, like the FBI and CIA, in order to score political points. And do that by making wild accusations that have no solid evidence, but are enough to get the public’s attention, and eventually, their support.

Trump’s road to the White House was paved by his attempts to delegitimize anybody or anything that challenged him. In his view, any press that publishes a negative story about him is fake, any poll not showing him winning is wrong, any judge who disagrees with him is unworthy and any election he doesn’t win is rigged.

Since becoming president, he has continued that trademark. Any lawmaker who criticizes him is incompetent, anyone who gets in his way is fired and any intelligence agency that comes forth with unfavorable information is corrupt.

Since Trump is keenly aware now that he cannot fire Robert Mueller without potentially serious political consequences, the next best thing is to delegitimize the organizations surrounding Mueller and the Russia investigation to discredit any damaging information that may come out of it. And now he has a member of Congress to help him. The Nunes memo is a tool to undermine law enforcement agencies like the FBI and DOJ, and in effect, force the American public to cast doubt on the effectiveness of those agencies.

Why would Nunes go to this extreme? Because McCarthyism can only spring from an issue or concern that is very popular among the American electorate.

McCarthy latched onto anti-Communism fervor to spread his falsehoods because it was the mainstream concern of the time. Now we’re in an era where mistrust of government institutions is popular. And Trump, the main practitioner of that mistrust, is also popular — at least inside the Republican Party.

Since Trump represents the Republican Party, Nunes will do what is necessary to protect Trump from political damage within his voter base, even if that includes extreme measures. The Nunes memo is meant to reinforce the beliefs of those Americans who both love Trump and mistrust government — and it’s working. A recent Huffington Post/YouGov poll found that 74 percent of Trump voters believe the FBI is biased against the president.

Nunes isn’t going to be satisfied with attacking just one area of government, either. McCarthyism needs constant nutrition from various tables in order to stay alive. That’s why the California congressman already has in his sights the State Department; McCarthy also began his witch hunt with that agency.

That witch hunt was only stopped when McCarthy began attacking the U.S. Army in 1954, accusing it of harboring communists. His movement collapsed, his support evaporated and he was censured by his Senate colleagues.

What will it take for our modern case of McCarthyism to reach the same fate? How far will this new assault on the pillars of our republic go before we say enough is enough?

The person who dealt the single most fatal blow to McCarthy was CBS news anchor Edward R. Murrow. He famously said on the March 9, 1954, broadcast of See It Now that “the line between investigating and persecuting is a very fine one, and the junior senator from Wisconsin has stepped over it repeatedly.”

The same can now be said for President Trump and Rep. Nunes. The line between party loyalty and country loyalty is also a very fine one and more Republicans should start stepping over it and put an end to this modern McCarthyism while they still can.