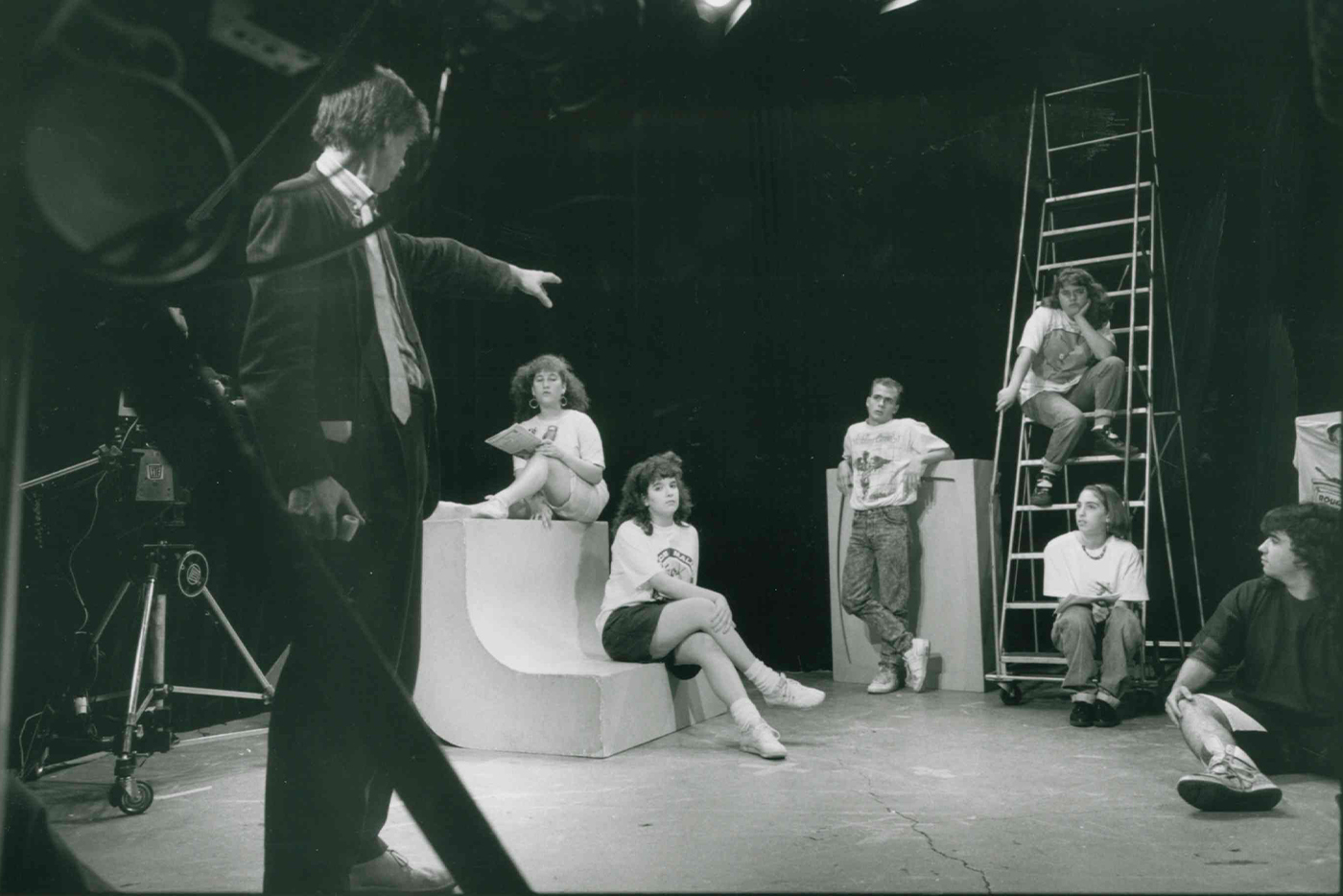 The Media Unit, devoted to local youths succeeding in TV and stage, turns 40.

Forty years ago, then Southwest Community Center program director Bill Morris (later the theater department director at Le Moyne College) involved seven inner-city teens of color in producing two Ed Bullins plays. At the time I was producing the series Alive in Syracuse for then WNYS-Channel 9, and he asked me to devote a program to keep the nascent cast’s interest.

We met for several weeks Tuesdays and Thursdays on the center’s stage, improvising, then scripting and rehearsing a half-hour video production exploring teen aspirations, Tryin to Get Ovah. None of the seven were ever absent or late. On the night of the scheduled taping at Channel 9, however, none of them showed up.

“It was real?” they asked me when I tracked them down. They had been telling their friends they were going on television, but their friends had a convincing response. “Ain’t nobody puttin’ you on TV,” they were told repeatedly. “Ain’t none of us on TV.” At the time, with the exception of Bill Cosby, no people of color were appearing regularly on television.

Convinced that they would indeed get their shot, they busied themselves researching the process and produced a stellar 30-minute final product that turned out actually to be a first. At show’s end, Larry Williams, now working to involve gang members in positive programs at Southwest, announced a date and told viewers, “We’ll be back.”

The teens were hooked. They settled into meeting twice weekly and produced five programs that first season, including the dramatization of the experience of a superstar football quarterback (played by former Syracuse New Times cartoonist Tom Peyer) and a female super-model, both white, integrating an all-black high school.

When a technical breakdown at the newly opened television studio at Liverpool High School provided an experienced all-Caucasian crew, the Media Unit itself became integrated in time for the coming of cable television, providing a weekly program in prime time.

The totally teen-produced Rough Times Live is broadcast Tuesdays at 8 p.m. on Time Warner Cable’s public access channel 98. It has surpassed Soul Train as the longest-running teen-oriented television program in America and has been cited as the best in the country with a national Golden Mic Award and three New York State Golden Mics.

While the television production and an average of 60 stage performances each year provide a work focus, the Media Unit’s real mission is to train Central New York teens of all sizes, shapes, colors and conditions for careers in stage and television. Over the last four decades, almost 80 percent of Media Unit alums have achieved careers in those and related fields.

Locally, Tamar Smithers is director of education at the Community Folk Art Center and Tamara Reese is making movies. Kelly Kinsella just got off the road with a touring production of Jersey Boys. Jessica Archer spent four years with HBO’s The Sopranos, Ryan Harrington directs a film program in New York City and Lorca Shepperd, my daughter, served as a producer for Dog the Bounty Hunter and now works with Parts Unknown.

In collaboration with the 100 Black Men of Syracuse, the Media Unit will celebrate its 40th anniversary Friday, Aug. 12, 7:30 p.m., at the Mulroy Civic Center’s BeVard Studio, 411 Montgomery St., with the NAACP Award-winning original music theater production of From the Back of the Bus, followed by a dialogue circle focused on race.

The dialogue circle that precedes the audience talkback will be facilitated by poet-playwright Jackie Warren-Moore, and includes Media Unit alums such as Syracuse Board of Education president Derrick Dorsey and Walter Eiland, who founded the 100 Black Men of Syracuse; Police Chief Frank Fowler; Councilor-at-Large Helen Hudson, who founded Mothers Against Gun Violence; and Ebony Farrow of Black Lives Matter.

Tickets to From the Back of the Bus are $10. For ticket reservations and information about the Media Unit, call 478-8648.