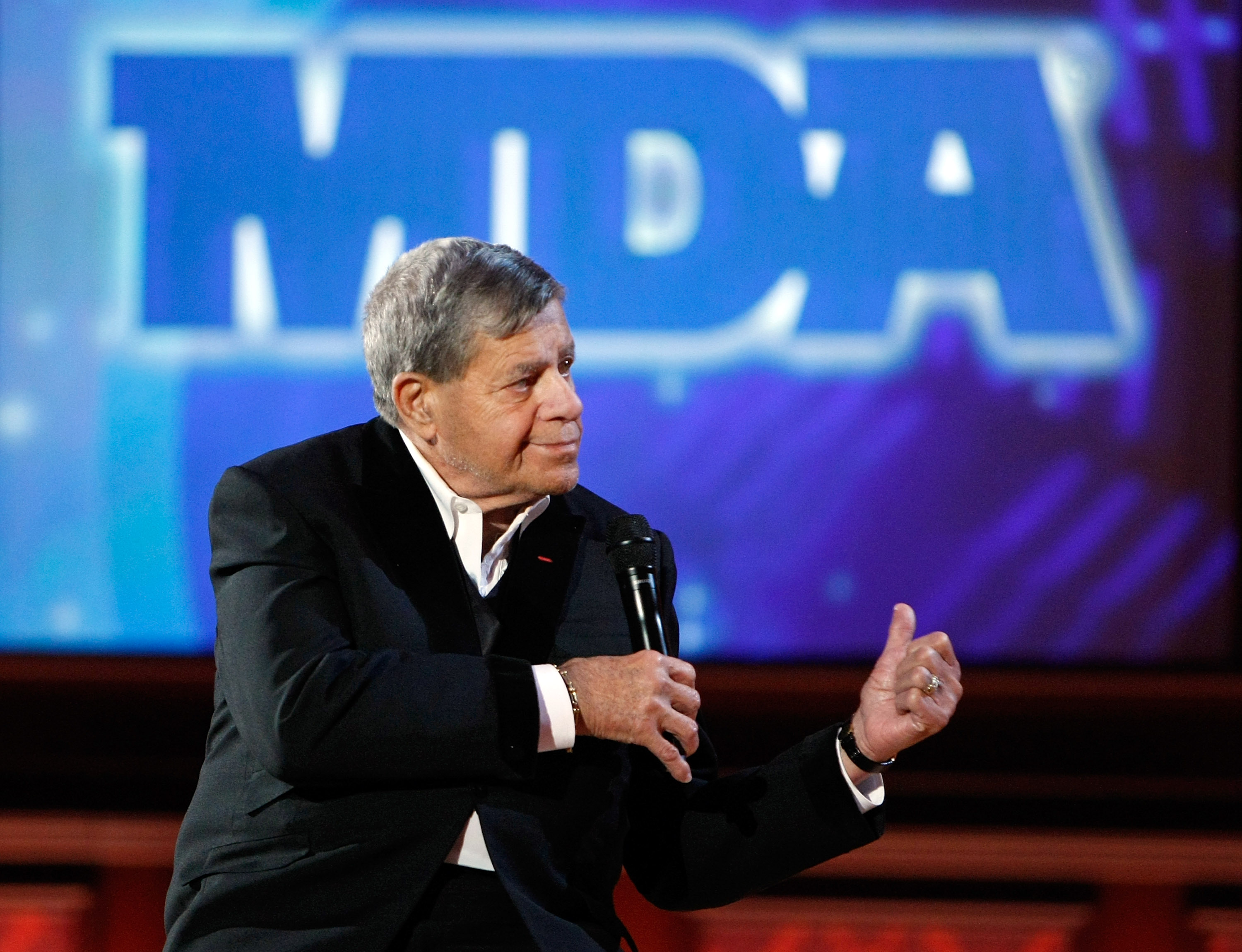 When I was a kid, I watched the Jerry Lewis MDA Telethon every year. On the last Sunday night of summer vacation, my mom and I would curl up on the couch, my dad across the room in his La-Z-Boy, and we would watch celebrities raise money for (as I saw it) kids who walked funny. The show’s animated host told stories and jokes and thanked us for caring. He cried. He cared more than all of us. It was fun and inspirational. And plus, I got to stay up late!

It’s been a few years since I tuned in to the telethon. This year, I was curious to see if it was still the inspirational gem that marked my childhood. Spoiler alert: it wasn’t.

MDA, or the Muscular Dystrophy Association, was founded in 1950 when a New York businessman with muscular dystrophy, Paul Cohen, gathered a group of friends whose lives had been touched by muscular disease. They decided to do something about it.

MDA supports families dealing with various types of muscular disease. They sponsor clinics and children’s camps, and conduct research and advocacy. Have you seen one or two or all of your Facebook friends dumping buckets of ice water over their heads in the last few weeks? They’re doing it to raise money for amyotrophic lateral sclerosis (ALS). MDA supports the ALS and the #IceBucketChallenge, along with 42 other diseases. They do great work.

Between 1952 and 1953, MDA sponsored five local telethons across the country. Soon, the National Association of Letter Carriers (NALC) pledged support, and the International Association of Fire Fighters (IAFF) began staging their “fill the boot” campaign. (“Fill the boot” will be familiar to guilty drivers everywhere who thought this was a traffic stop, panicked about their lapsed inspection, but were then relieved and more than willing to donate a dollar.) This year, IAFF celebrated its 60th year supporting MDA.

MDA founder Paul Cohen realized early that getting celebrities to tout your cause was pretty much the best way ever to raise money. And in the early 1950s, everyone was discovering the joy and power of television. This was what television was made for: making the world a better place! Take that, Donald Trump.

In 1966, comedian Jerry Lewis hosted the first Labor Day weekend telethon from Las Vegas. The event’s success was so overwhelming, MDA decided to make it a yearly tradition. In 1971, the telethon went national, and the rest is history. Lewis hosted for 44 years, controversially parting ways with MDA in 2010. It is widely agreed that since Lewis’ departure, the telethon has gone downhill. For its first 44 years, it aired from Sunday night before the Labor Day holiday through Monday afternoon – 21 ½ hours. The broadcast featured national acts and live local segments. Phone calls were answered by celebrities and local MDA chapter members. I remember asking my parents if I could call in and make the donation. I might get to talk to Celine Dion! That was totally worth $10 of my parents’ money!

But in 2010, Lewis was squeezed out. Support was dwindling. The event was cut to six hours the following year. In 2012, it was cut to three hours, rebranded the MDA Show of Strength, and mostly pre-recorded.

This year, it was only two hours, and entirely recorded way back in May and June. There was no tote board to monitor progress. At no point in the night did anyone tell me how much money had been raised (probably because no one was speaking live, go figure).

Forget a funny host. This year we were shuttled between generic performances by a slew of random celebrities like Jordin Sparks, Laila Ali and Tom Bergeron, who repeated generic messages about strength. “Together, we are progress.”

Nobody mentioned Jerry. Nobody cried. It felt like a flashy infomercial that I just happened upon in a slack-jawed midnight-channel-surfing stupor. It was nowhere near the must-see event it used to be. Thank goodness for the inspiring kids, whose bravery https://www.youtube.com/watch?v=oYZ3EYpLG_A shone in an otherwise poorly glitter bombed snoozefest.

There was no announcement of a final total. At midnight, the MDA website reported about $42 million. Nothing to sneeze at, sure, and they’ll continue accepting donations through tomorrow night. (Of course you can donate after that, but it won’t count toward The Total.) Last year’s total was $58 million.

Sadly, it won’t be surprising if the struggling telethon fades away just shy of its 50th anniversary. We’re not in Vegas anymore, Jerry.

Sunday, September 7, 8pm: Utopia (Fox) is like Survivor meets the Real World. What happens when you put 14 strangers on a remote island and ask them to create “the perfect world”? The greatest, most comprehensive social experiment since Survivor. The 24 hour live feeds are already streaming on http://www.utopiatv.com.

Sunday, September 7, 9pm: Boardwalk Empire, HBO’s acclaimed Terrence Winter/Martin Scorsese drama, begins its fifth and final season. Whereas seasons 1-4 were set in the 1920s Prohibition era, season five will fast forward to 1931: the Depression. There are only eight episodes in this short final season, so catch up quickly if you want to tune in to the finale. Then we can start speculating about Steve Buscemi for True Detective Season 3.