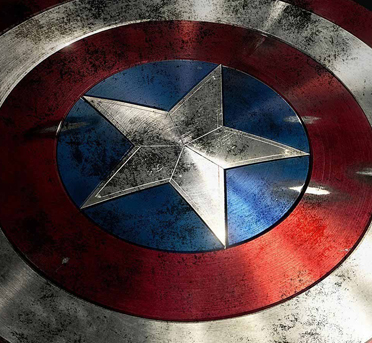 Are you ready for new Captain Marvel on the big screen? Sit tight

The Marvel Universe is a well-planned machine.

This studio that brings superheroes from the comics to the big screen rented out the El Capitan Theater in Los Angeles, wrote reporter James White for empireonline Wednesday, because there was a little something to say about what is known around the reel biz as Phase Three.

Well, something big, actually, considering that the list revealed includes movies that won’t see the theater until 2019.

“With Ant-Man (which was only briefly mentioned) wrapping up Phase Two in mid-2015 … the focus was firmly on the third Phase,” White wrote, “which kicks off in 2016 with the third Captain America film. Initially teased on the theatre’s big screen with the subtitle Serpent Society, it was quickly revealed to be Civil War, with Robert Downey Jr. and Chris Evans appearing on stage …”

Others coming to the Marvel movie stable: Doctor Strange, Black Panther, Captain Marvel and the Inhumans, plus follow-ups that include the second installment to this year’s smash, Guardians of the Galaxy. Others in Phase Three are Thor and The Avengers.

White was much thrilled as to how Marvel used pizzazz to announce its schedule compared to how DC put the word out at a stockholders meeting, by the way.

And now for something from the Wayback

Over on the other side of the big pond, they’re getting a chance to see the classic Guys and Dolls in its original form this holiday season. This I know because empireonline is reporting with much fanfare about a cool new poster to hawk the occasion. And yes, the oldies do look pretty goodie. Marlon Brando, Jean Simmons, Frank Sinatra and Vivian Blaine strutting arm in arm in the Park Circus-produced poster would look fairly formidable framed and hung on any movie lover’s wall, don’t you think?

Guys and Dolls is the 1955 classic directed by Joseph Mankiewicz adapted from the Tony Award-winning musical.

On our side of the ocean, meanwhile, the latest news about the tale of New York gambler Nathan Detroit and his dance with both sides of the law comes from 2013, when it was reported that 20th Century Fox has secured the rights for a remake.

A Screen Rant story reported that the studio wants Joseph Gordon-Levit and Channing Tatum for the Brando and Sinatra roles of Sky Masterson and Detroit. That came after those modern two showed their dance moves at last year’s Academy Awards ceremony’s opening number.

Bill Murray’s crusty side lets St. Vincent cash in a winning ticket
In Nightcrawler, every picture tells more than one story
To Top