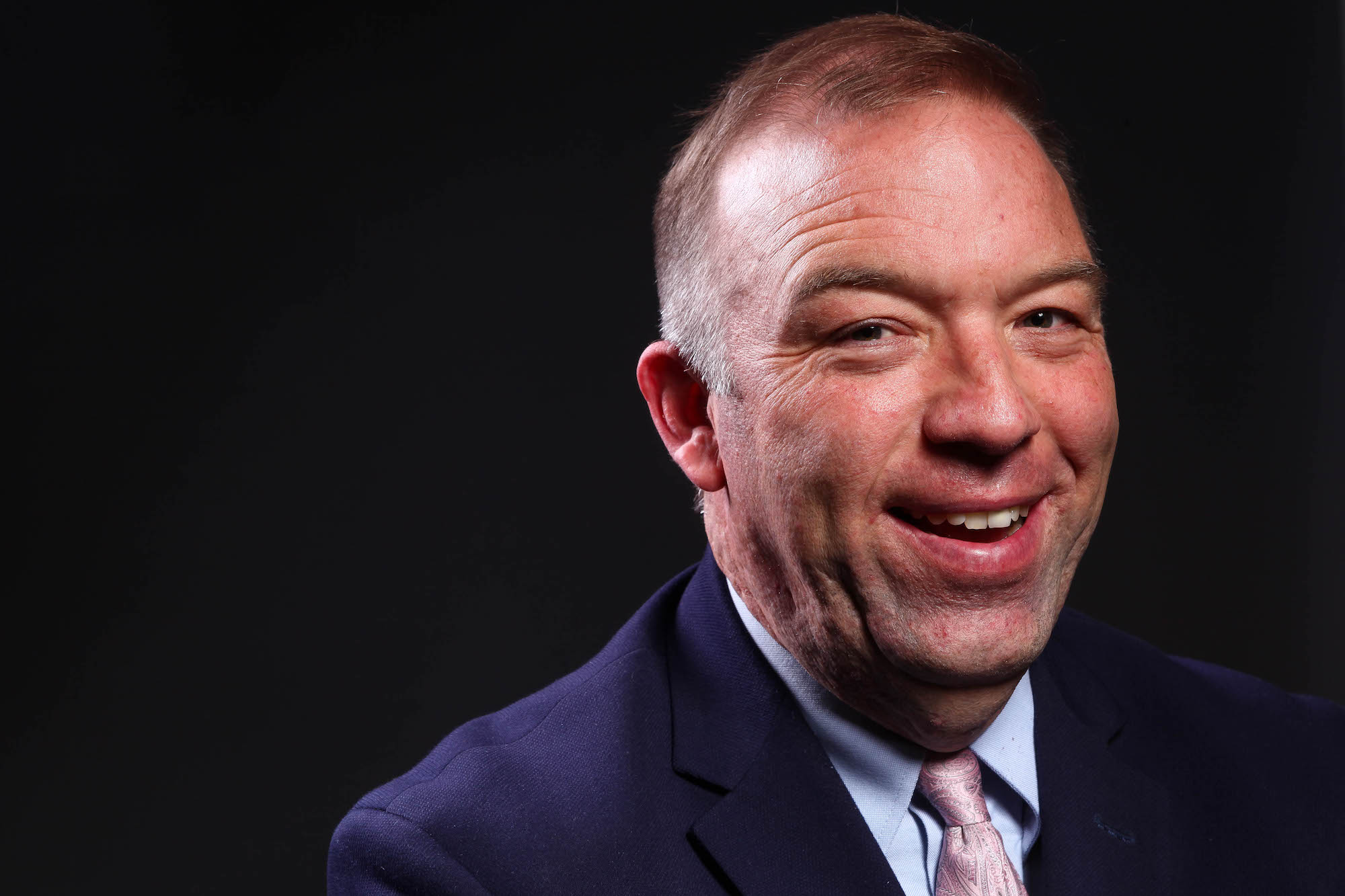 The mayoral candidate wants to move from watching the city’s money to running City Hall.

Marty Masterpole says voters should check him off on their paper ballots — we don’t use the machines anymore — in the mayoral election this November for many reasons.

The Democrat served four years on the Common Council, four years on the Onondaga County Legislature and is currently in his sixth year as Syracuse city auditor. Those years of public service have given him the institutional knowledge of how government works, and enough chances to immerse himself in its vagaries.

And Masterpole knows Syracuse. Born and raised on Tipperary Hill across the street from Burnet Park, he now lives on the same Coleridge Avenue block. The neighborhood continuity provided a sense of stability, with attendance at St. Patrick’s School, Bishop Ludden High School, Onondaga Community College and SUNY Oswego.

“I was never in the theater,” he maintains, “so I’m not an actor. I don’t try to be what people want to hear. Syracuse is not elitist. It’s a blue-collar town, and sometimes people say I’m too honest. I wish it were different, but there’s no silver lining here. Syracuse is urban America, and to learn it you have to get where you don’t live. I learn Syracuse from knocking on doors, campaigning.”

It all started when he was 13, Masterpole recalls, when he got involved with Tom Young’s mayoral campaign. It was then he knew what he wanted to be when he grew up: mayor. The best description of mayor is a CEO, an executive officer of the city. While not a typical corporation, in part, the city needs to be run like a business. The mayor must be an advocate, a manager and a leader.

The city of Syracuse is facing a fiscal crisis. There’s no secret there. The next mayor needs to be well equipped to understand and handle fiscal issues. The mayor has to fight for the city of Syracuse to ensure that we have a voice in the mounting pressure from the state and county, and to make sure we receive a fair share of the sales tax, and maintain a seat at the table with Albany.

The mayor must have a strong management background to manage our resources, both human resources of our workforce and fiscal resources. It requires the experience as well as the institutional knowledge of how government should or can work. As a leader the mayor must build consensus across party lines and geographic lines. We’re in an era where politics has become so divisive that we need someone who is willing to put people over politics.

Last, and certainly not least, we need to build morale in both our workforce and our citizens. A work environment with good morale means employees working above and beyond the call of duty rather than running out the door when the buzzer rings. If you like the city you work and live in, you’re more likely to be a better citizen.

This is one of my favorite questions, having served on the Common Council and the Legislature. Most elements from the Consensus report can work, and are just common sense.

There are a few that are non-starters for me. There are two that are the largest cost-drivers: public safety and education. They were left out. If we’re modernizing government and create this entity that is going to save our taxpayers money, why would you leave out the top two cost-drivers?

I think there are other opportunities for a consolidated effort. The next mayor has to take an approach that we have to raise revenue or cut costs. Our water department, for instance, is one of the few that doesn’t fall under OCWA (Onondaga County Water Authority). We know that OCWA has been self-sustaining. They balance their budget every year. We could start with departments like the water department to build a consensus.

As a father of two young children, my wife teaches at Corcoran High School. The city school district has outstanding people, outstanding programs, great technical programs. But can we break down artificial barriers, the school district lines? There are many possibilities.

The short answer, if there is one, is to share services with other school districts. It could level the playing field, make the city of Syracuse students feel as equal as those maybe more affluent in other districts. It could break down racial barriers as well. To decide, you have to have all the options in place. To repair what’s existing, leaving it where it is, fixing it, is not an option. Rebuilding, because of federal standards, it would have to be nearly twice as wide and over 10 feet higher. That option is not on the table for me. The tunnel option doesn’t make economic sense at double or triple the cost. There’s a disconnect with many North Side businesses.

My option would be a community grid. It would have the most impact from an economic development standpoint. Two of our largest employers in the city, Syracuse University and the hospitals nearby, if we bring 81 down to street level with a community grid, could get creative, create more jobs. It could also connect neighborhoods.

We’ve seen great growth downtown with residential, housing, seeing people living downtown, walking to work, walking to shows. I think we need to develop a downtown that creates jobs. Any development, any developer, that is willing to invest in downtown Syracuse on a project that will create jobs, I would be fully supportive of that.

Back to my point about economic development, if we can create jobs we can help folks get out of poverty. It’s going to take significant work. Can the mayor do it alone? Probably not. But can the mayor do it as part of a team? Absolutely.

Let’s be real honest with each other. What happens when you have concentrated poverty? You have violence. You have crime. Could we get completely out of poverty if I were mayor for the next four years? Probably not. Could we reduce it? I certainly believe we could.