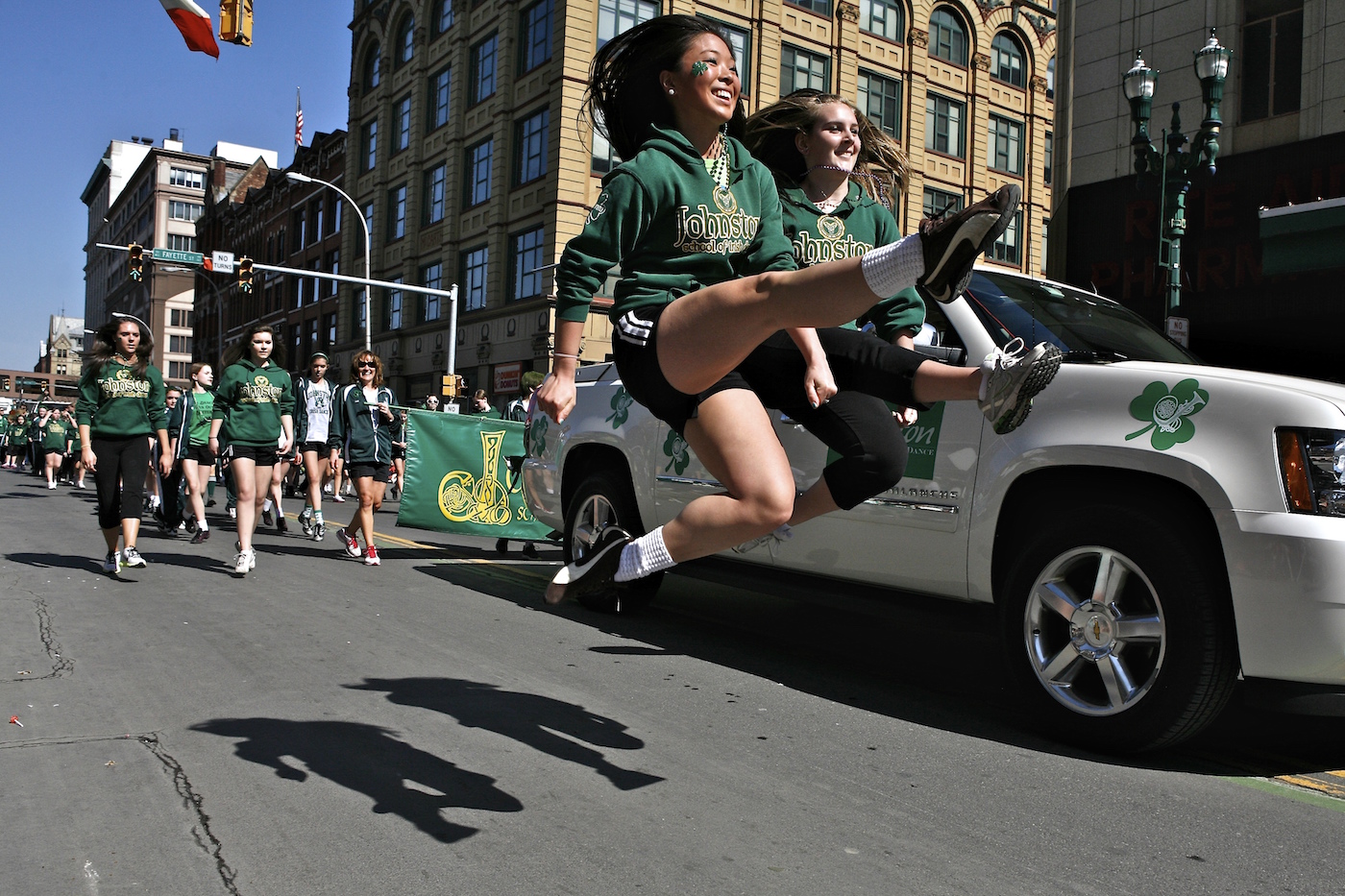 The late Channel 9 newslady Nancy Duffy once had a crazy idea about a St. Patrick’s Day Parade that would actually march through downtown Syracuse in the middle of March — hardly the time of year when snow-fatigued, wind-chilled Central New Yorkers would actually witness such an event. Yet the parade’s debut in 1983 was truly the start of something big, as the small-scale march quickly snowballed into one of the area’s biggest attractions, luring thousands to South Salina Street during its 33-year history. 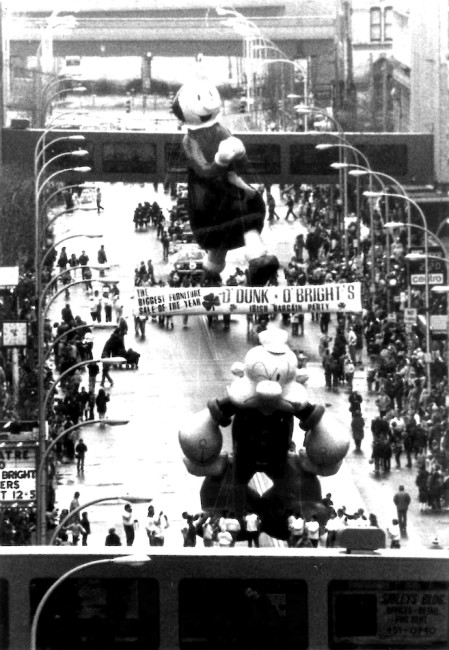 Duffy cajoled her station into broadcasting the third parade in 1985, and longtime producer-reporter Tim Fox has been part of that show ever since. Fox fondly recalls the early years of the parade broadcast:

“The parade was small the first couple of years. It was still a grassroots effort. And Nancy just kept chipping away at general manager Steve Kronquest, who saw some potential in the broadcast, and to get some sponsors to pay for the production costs.

“In the beginning, we took a look at what resources we could marshal and how we could best cover what was then an awkward parade route. I think it used to start south of the Onondaga County War Memorial in the empty lots over where the Pirro Convention Center is now, and march around Columbus Circle, where I was stationed by the courthouse, and then out into downtown. They might have dispersed around Armory Square, which had more open lots back then. And the route changed every year in the first few years. By the fourth or fifth year the parade got over to Salina Street, and has stayed there ever since.

“Nancy got whatever she could marshal to put into the parade. She got an Irish jaunting cart from Dunk and Bright furniture and put Salty Sam (former radio and television announcer Will Lape) in that, and that was a big float in the first year. She always told the story about when people would ask where they were supposed to line up, and she said, ‘Just look for the man with the big green hat. And go out and find a big green hat. And a man to put under it.’ 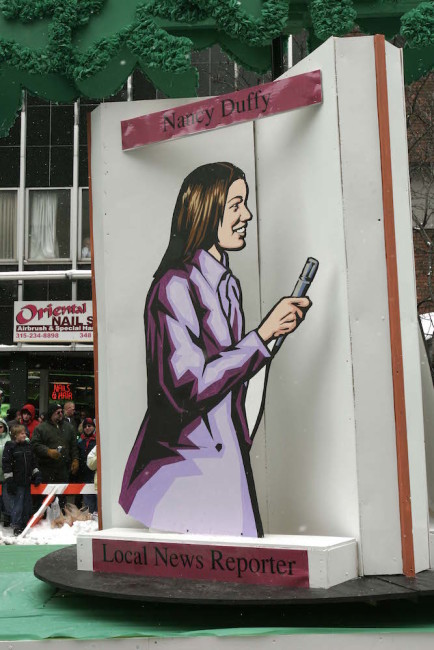 “So it was a little loosely organized during the first couple of years. Everything in the parade was whoever Nancy could buttonhole into showing up. She got the Irish Potato Ladies; they were administrative assistants around downtown that she had known while covering the courthouse, and they were involved with the parade for 30-plus years.

“We have eight cameras and a crew of more than two dozen for this year’s broadcast, but it probably wasn’t a lot less (personnel) in the early broadcasts because we were trying to invent things as we went along. This was a big undertaking for the station. We didn’t have cell phones back then, so we had walkie-talkies (to coordinate the broadcast) and we had a phone line installed at Hotel Syracuse. We also used the production truck from TLC ambulance’s video service, we’ve worked closely with Cortland High School’s video club and we’ve rented trucks from Time Warner Cable.

“For the parade broadcasts, we usually start gathering profile pieces when the officials make the grand marshal announcement. I recently put together a piece on Joe O’Hara, this year’s grand marshal. And last year we used a backpack transmitter that works off cell phone signals, which gives us more freedom than when we were tethered to a live TV truck that was stationed at Clinton Square. Now this backpack unit allows us more mobility to get upstairs at Sky Armory and up and down the parade route.

“The parade has never been canceled. The biggest challenge was in 1992, the year of the Gumby balloon, and you could barely see it because of the snow. They brought Gumby back in 1995 so people could actually see him. It has been snowy, rainy, cloudy and very sunny, so we’ve seen every possible weather condition except below-zero conditions.

“Nancy used to call people at the Tournament of Roses Parade, the Macy’s Thanksgiving Parade and parades all across the country to find out how they organized the line of march. The Rose Parade was very specific regarding how many paces per minute. And that’s all fine until the temperatures dip below 30 degrees, then forget it. When it’s chilly, you’d be amazed how fast a three-hour parade can move through.”

Warning Signs From GOP Wannabe Ruler
Cause and Effect
To Top