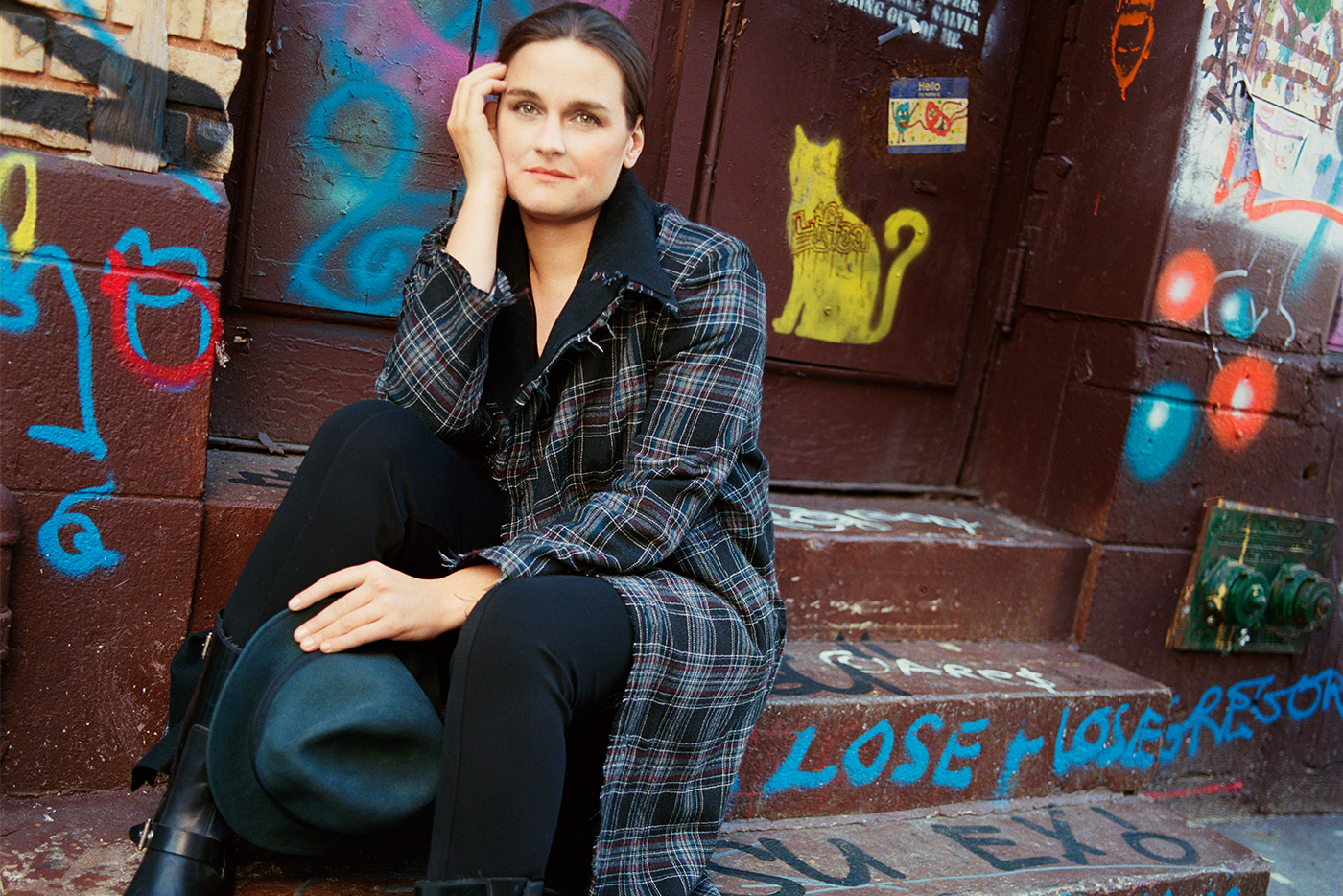 Grammy-nominated vocalist will perform at the Syracuse Stage Gala fundraiser.

Somewhere shortly into a Madeleine Peyroux performance, a fundamental shift becomes apparent. Although the title and refrain may be familiar, it’s not the same old song you’ve heard so many times before.

Usually described as a jazz and blues singer, Peyroux’s interpretations of iconic landmarks by sources as diverse as Ray Charles, Buddy Holly, Randy Newman, Leonard Cohen, Bob Dylan, John Hartford and many others are reimagined and presented with fundamentally altered characters, as if there are sentiments ciphered into the songs that even the composers missed. The treatment from this singer, songwriter and guitarist, who spent part of her youth busking on the streets of Paris, can be achingly deliberate, with lyrics gently coaxed and coddled, as if they were precious and fragile, while she hangs coyly on the back edge of the beat, like something irreplaceable was about to escape.

The parlance of jazz, in her own compositions as well — she is primarily a lyricist — is the chosen muse here, as she defines and redefines her diverse repertoire with the subtle urgency of syncopated rhythms and infuses them with the gauzy tint of jazz harmonics.

The Grammy-nominated vocalist’s catalog of seven releases, dating to 1996, culminates in Keep Me In Your Heart For a While: The Best of Madeleine Peyroux, featuring the title song, the final opus of Warren Zevon. Peyroux was also included on Noel Noel, a Christmas collection, and on the recently released compilation The New Jazz Divas, which also features Patricia Barber, Esperanza Spalding, Diana Krall, Catherine Russell and others.

Peyroux and her band will be the featured performers at the annual Syracuse Stage Gala fundraiser on Friday, June 10, 9 p.m., at Goldstein Auditorium, located in the Schine Student Center at Syracuse University. Gala tickets, including a cocktail hour, dinner, silent auction and more, are $200 and $300. General admission tickets for the Peyroux concert are $25 for balcony seats. For details, call 443-3275.

Tell me about the early musical influences in your life.

We didn’t have a standard family life. There was alcoholism and a lot of turmoil, but my mother would sing and she gave me my first guitar. I left high school in my teens and started playing American blues and jazz — the music that my father was listening to and my mother grew up on.

I was influenced by the stuff my dad had around the house. We had records that we played all the time. By the time I was able to turn on the radio by myself I had already heard Johnny Cash and Fats Waller, Janis Joplin and Robert Johnson and Hank Williams, and early blues and jazz — Bessie Smith and W.C. Handy.

And country as well. When Ray Charles did his country crossover he was doing American music. We have such a rich musical culture in America. The mountain/bluegrass/folk music was informing the country music and the Delta blues was informing the early jazz.

You are frequently described as a jazz singer. Is that a fair description, and what does it take to be a good jazz singer?

I rely on jazz to inform me about music. That was a conscious choice that I made in my teens. It’s an all-encompassing way to approach music, a way to think about music. It includes pop, classical and world music.

Your vocal style has been compared to Billie Holliday. Is that a fair comparison?

Well, I learned to sing by listening to her. But never having been trained and not having a very large range or a great technical proficiency, I was always attached to her emotional prowess. She was capable of taking a song and mapping a whole story or a play or a character. It was a very dramatic performance. To me, that was meaningful. What do you look for in a song that you want to perform?

A recurring theme to me is that I find a feminine character that’s imbedded in a lyric that’s traditionally been sung by men, which was the majority of popular songs for a long time, often written by men in men’s keys. It was very hard for a lot of women to pick those things up and create a female character.

You cover a lot of country tunes and have written or co-written jazzier songs. What do those idioms have in common to you?

Jazz encompasses country more than country does jazz. It allows the familiar, casual language of country to be exalted, to be celebrated. They come from the same grassroots beginnings, from the same American culture. A musician’s attitude is that there is a way to go beyond micro-cultures. In its essence, jazz is trying to do the same thing that country is trying to do: to speak for an individual story. Jazz is very dramatic in that sense.

What is your method of writing a song?

I’m really driven by lyrics and by a story. It’s often a conversational song about somebody that wants to be heard. I write from the perspective of a singer that has an attitude, a nerve and a tone about something that they want to say.

I don’t do very well if I try to come at writing from a purely melodic point of view. I have to have a poetic sense of language. Language informs my sense of melody. Language is at the root of it. If I’m writing a song the two things (melody and lyrics) can happen together. There will be a melody and a tempo and a mood that have a lyric that can be edited later.

What kind of group are you bringing to Syracuse?

We’re going to be a trio. I’ll be bringing Sam Yahel, a wonderful B-3 (Hammond organ) and piano player, and bass player Johannes Weidenmuller, both from New York City. And I will be playing guitar most of the time. I play rhythm. I have never been a soloist. I’m really looking forward to coming to Syracuse and I believe that it’s a good cause to support the arts program.

What’s in the future for you?

I recently got to sing “Moon River” with (pianist) Lang Lang. It’s a beautiful project. The arrangement was prerecorded. It’s not my rearrangement of the song. Jerry Douglas played a dobro solo on the record. I’m waiting to hear when it will be released. And I’m preparing to release a trio record in the fall that I recorded in a live setting in January. In the interim, I’m working on various little projects and considering what the next release will be.

Keep Me In Your Heart For A While: The Best of Madeleine Peyroux (Rounder).