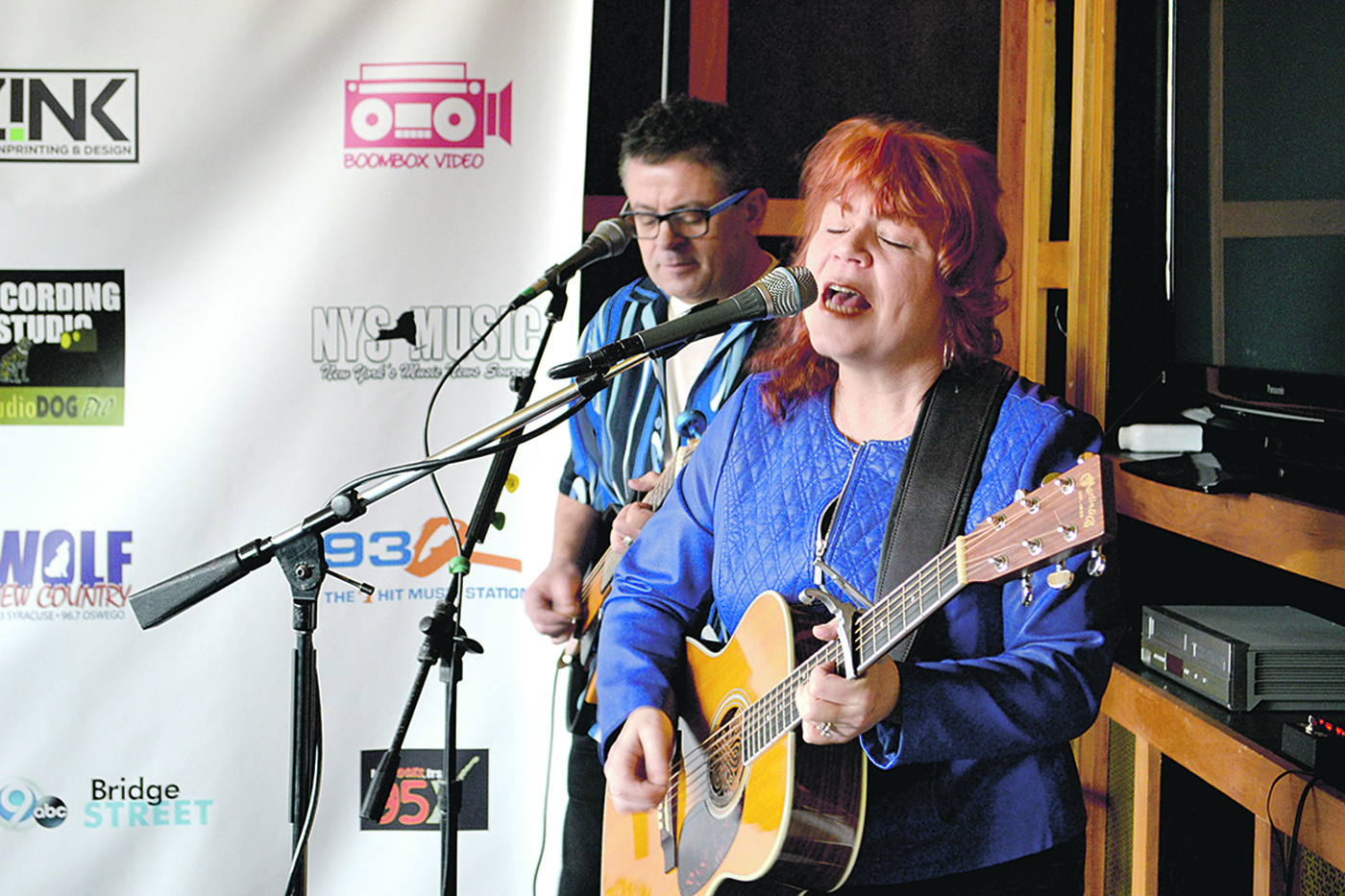 Beats in the Sheets at the Palace on Saturday.

Postmodern basement philosophers are a dime a dozen this time of year. For instance, “The blood-soaked conspiracy of Valentine’s Day, driven by the oppressive chocolate capitalists, has arrived once again.”

That’s a quote from Katsuhiro Furusawa, a love-jilted man in Japan whose Marx-inspired organization mounts anti-romance demonstrations throughout the country during romantic holidays. The group’s name is Kakumei-teki himote doumei, or in English, “Revolutionary Alliance of Men That Women Are Not Attracted To.”

Furusawa and his bitter ilk would end Valentine’s Day if they could, but their cynicism won’t stop Syracuse from celebrating. On Saturday, Feb. 13, 8 p.m., at Eastwood’s Palace Theatre, 2384 James St., “Beats in the Sheets: Music To Get Down To” will feature 18 local acts covering romantic tunes that should help put Central New Yorkers in the mood for romance, complete with a champagne bar and chocolate-covered strawberries.

Jordan Davies, owner and lead organizer for oRIDGEinal Productions, came up with the idea during a conversation with some musician friends who were throwing around the idea of an “anti-Valentine’s” show. “I thought, that’s kind of just silly, especially when you have all this amazing, sexy music,” said Davies.

Davies has spent the last three years working as house manager for the Ridge Golf Club and Tavern in Chittenango. His real passion is organizing its live music events, including weekly performances and open mikes in the tavern, and summertime blowouts such as the Bacon and Bourbon Festival and the Ridgestock Music and Art Festival.

Now Davies is preparing to move to full-time event planning and music management with his own company. The “Ridge” in oRIDGEinal Productions is meant to honor the place where he started, and he’ll continue to manage its live music events as an outside contractor.

A portion of the show’s proceeds will go to ACR Health, a community-based organization with a focus on education and care for people with chronic illnesses. Formed out of the legacy of AIDS Community Resources, ACR Health began serving patients with other forms of chronic illness after the enactment of the Affordable Care Act, including heart disease, diabetes, substance abuse disorders, obesity, asthma, mental illness and HIV/AIDS. ACR covers nine counties in upstate New York, including Cayuga, Oneida, Onondaga, Herkimer, Jefferson, Madison, Lewis, Oswego and St. Lawrence.

Part of ACR Health’s mission is to support the needs of LGBTQ youth in those counties. That help comes through the Q Center, which is celebrating its 10th year. Located at 617 W. Genesee St., the Q Center serves as a safe space for LGBTQ youth, providing support groups, after-school tutoring and counseling, as well as helping with material needs like housing, transportation and medical care.

Maureen Harrington O’Neill, associate development director, said one of the center’s goals for 2016 is to expand its reach into the North Country, where students face an isolated and less diverse community — a difficult combination for LGBTQ teens.

One of the Q Center’s most valuable tools for students is the David Bohnett Cyber Center. The center is a collection of computers where teens can connect with others through Skype or online support groups, as well as research answers to the questions they have about their sexual health and identity — answers they won’t easily find on school library computers.

O’Neill also explained the impact of the center’s “Sit Down Dinner Initiative,” in which local chefs volunteer their time to come to the center and cook and eat a meal with the students. “It’s really all about making sure that the very basic needs are taken care of, like food and company and feeling like a family,” said O’Neill. “The rule is that everybody helps and everybody’s important.”