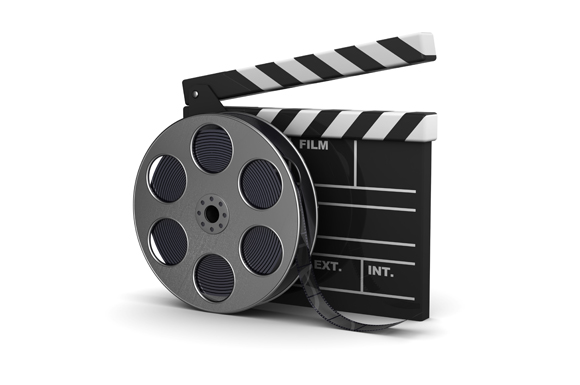 … and some stinkers, and several on the still-want-to-see list.

There were plenty of flickering images that made me quite happy in 2013. I’d call my first (partial) year as New Times film blogger a satisfying journey.

Here are my picks for the best, the worst and a couple that got away. If you notice that the selections are late-spring-and-on heavy, that’s because I didn’t start this gig until the end of May. One earlier film did make my top 10 list, though, because I love baseball history so much that I couldn’t leave it off.

The senior-guy comedy starring Michael Douglas, Robert DeNiro, Morgan Freeman and Kevin Kline was funny with soul. The bachelor party gone wild gave all of us north of 50 a good, solid laugh at the things that don’t change with age — and the things that do.

Vince Vaughn got it just right as the eccentric, unreliable meat truck driver who somehow takes control of his life after finding out his sperm bank donations of two decades past resulted in more than 500 twentysomethings in this world.

The physical comedy and byplay between Melissa McCarthy and Sandra Bullock as two fish-out-of-water law enforcers forced to team up is priceless.

Taye Diggs and this wonderful ensemble cast show how friendship and love can overcome the tragic things life throws at you. It takes a village of friends to weather the bad and help make things right in this sequel to “The Best Man” that was 15 years in the making.

Woody Allen’s quirky focus on life settles upon Jasmine, who moves from Manhattan to San Francisco to live with her sister when her life unravels. Kate Blanchett covers all the emotional bases, from misguided haughtiness to appropriate confusion to deep and deserved despair.

Time travel has never been this tastefully done. Domhnall Gleeson and Rachel MacAdam fit together so well in this British comedy. Of course, his family talent allows Gleeson’s character to go back and get things right.

This biopic arrived at the start of baseball season to remind all about the hate Jackie Robinson had to endure while breaking the color barrier with the Brooklyn Dodgers. Chadwick Boseman is superb as the proud and determined Robinson, and Harrison Ford is wonderful as the business-savvy and equally determined team owner Branch Rickey.

Taken from the story of a real life White House butler, this touching story spans six decades with dignity, thanks to the work of Forest Whitaker and Oprah Winfrey as a husband and wife who cope with changes in America and their household as the butler remains true to many presidents.

Judy Dench is perfect as Philomena Lee, the real-life Irish woman who teams with a journalist played by solidly by Steve Coogan to search for a son she was forced to give up a half-century before. They tug at each other’s beliefs and heartstrings as they investigate their faith and what might have been.

Teen actor Liam James fills the screen with his gumby face, living the whole spectrum of adolescent emotions in a summer of discovery that takes him on the sly to a beaten-down water park. Sam Rockwell wins hearts as the loopy elder who teaches the teen about life, and Toni Collette as an addled mother and Steve Carell as a mean boyfriend help make this a soulful winner.

Now here are three that made my not-so-much list:

The magic from the traveling troupe of showroom bandits was cool, but the big reveal at the end was too unbelievable for me.

The horrors of life that unfolded piece-by-agonizing-piece for the attorney played by Michael Fassbender were way too thick and depressing.

Brad Pitt lost me in this battle to save mankind when the wall of zombies was able to scale a barricade the height of the Pyramids. That’s way too many zombies for me.

Finally, three that got away that I will track down on cable or Blu-Ray:

I want to take that trip through space with Sandra Bullock and George Clooney.

I want to see James Gandolfini one more time other than as Tony Soprano in repeats. The trailer for this romantic comedy showed a promising chemistry between Gandolfini and Julia Louis-Dreyfus, as well as subtle humor and surprising sensitivity.

A pretty picture from Walter Mitty
Ready to take the fifth?
To Top