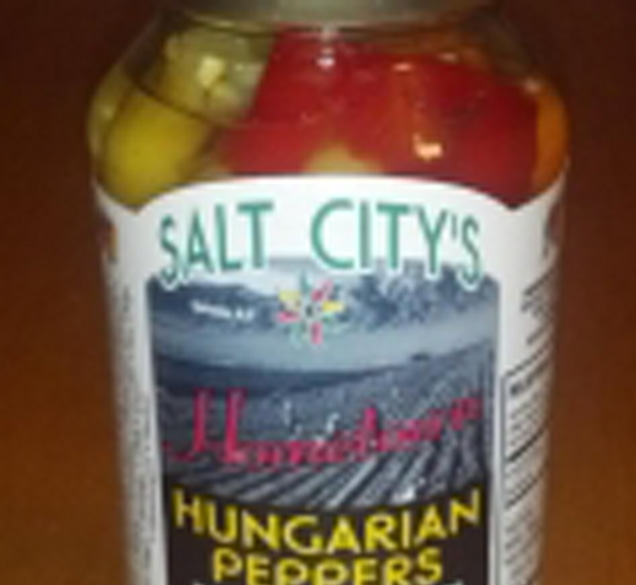 Fans say they use them on pizza, burgers and salads

The popular porchetta sandwich on the menu at Stevie’s Street Eats – a food truck with a restaurant location at 989 James St., in the Imperial Gardens apartment building – features slow-roasted pork shoulder on a DiLauro’s Bakery roll, with imported speck and sauteed greens. It gets some zip from Hungarian hot peppers.

A recent veal cutlet sandwich on the menu at Attilio’s, an Italian-American restaurant on North Salina Street, crossed cultures to include the Hungarian hot peppers, too.

At The Retreat in Liverpool, Salt City’s Hometown Hungarian Hot Peppers have starred in featured entrees like the Salt City vodka cream: chicken sauteed with the local Hungarian peppers, mushrooms and sundried tomatoes in a smoky tomato cream sauce, served over fettucine.

“The fall is our busiest season, since we buy all our peppers locally from area farmers,’’ Fiacchi says.

Fans say they use them on pizza, burgers and salads, in calzones, in rice and egg dishes, in Bloody Marys and on the rocks, with a pour of vodka.

Next time you’re craving hot peppers, give the hometown brand a try. Visit Salt City’s Hometown Hungarian Peppers on Facebook here and let Fiacchi know how you like them.

Margaret McCormick is a freelance writer and editor in Syracuse. She blogs about food at eatfirst.typepad.com. Follow her on Twitter at @mmccormickcny