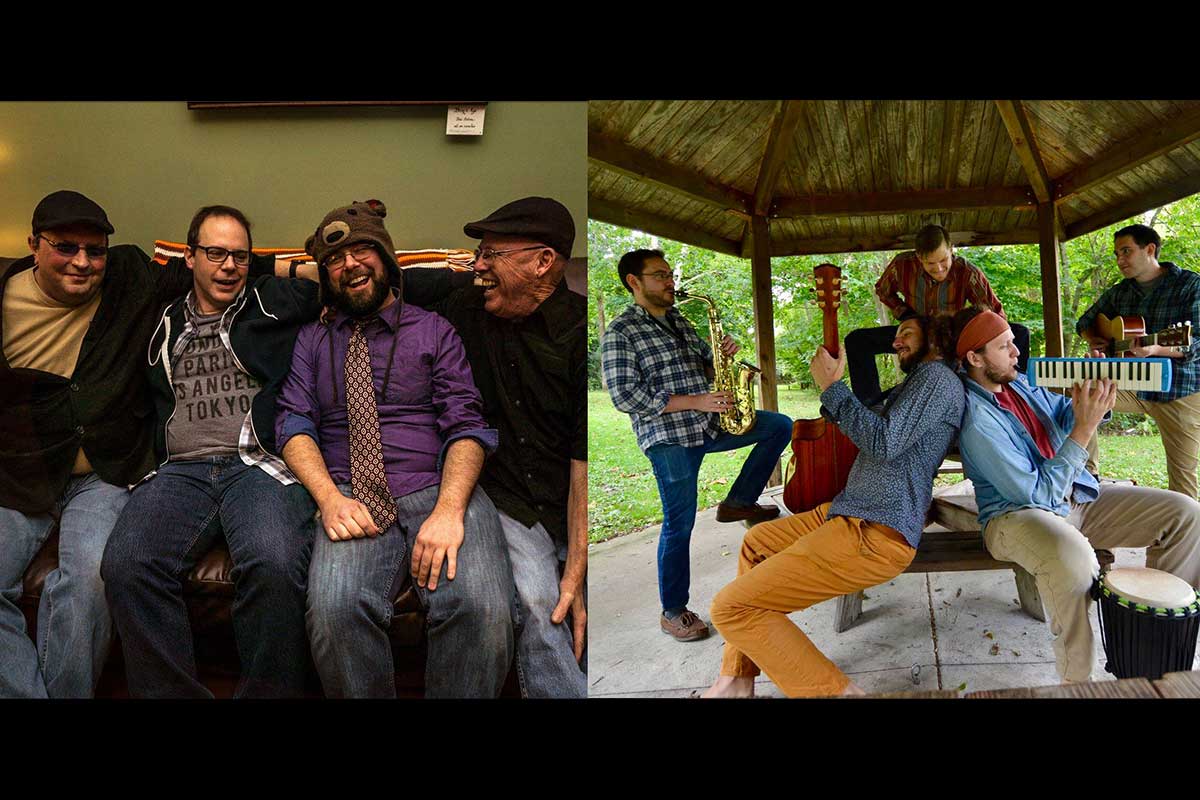 There’s so much great music in the world. Creative people find new ways to break down walls of genre and stereotype all the time. And yet, it’s still rare and exciting when music comes around that doesn’t just break a wall, but demolishes it all together. Mike Davis of Norwich has an amazing talent for blowing through walls to create something so incredibly his own that it’s inspiring.

Find Yourself –> Caterpillar begins with a lilting introduction, “There is No Dream,” that lulls the listener into thinking this album may just be a soft lullaby. Little do they know that by three minutes into that very first tune, the song is already exploding like Phil Spector’s wall of sound, bursting open in a celebration of voices. Then comes “Who I Am,” a track that can completely stop someone in their tracks. Between Davis’ soulful vocals, thoughtful lyrics and interesting melodies, the song is one giant hook in your ear.

Davis is incredibly adept at beginning a song in one place and successfully bringing it someplace completely new by the end, as if introducing movements like a classical piece. While “Who I Am” starts in a beautiful, gentle place, by the end it’s a powerful punch of conviction. The track is reminiscent of a Black Crowes song that somehow gets so big at the end that it feels like a journey.

The rest of the album only continues along that path of unpredictability. “Defenseless” is nothing short of a polka, and surely the last thing someone would see coming. “Greatest Dream” opens with guitar music that reminds of John Butler, but then bounces into a reggae beat. “Stay Fine” is an all-out wild funk jam. And “Dimestore Rhymes” is a straight-up social statement rap over a funky beat, like something Brother Ali would spit out.

Davis is also not your typical singer-songwriter. He wrote the music and lyrics, sang lead and backup vocals, played guitar, bass, organ, keys, glockenspiel, melodica and viola, produced and created the graphic design and layout of the album. Other contributions come from Tom Westcott (bass and backing vocals), Bobby Tousignant (drums, percussion, backing vocals) and Mike Melnyk (keys and piano), among a long list of other musicians and the tapestry of textures to help create this unique CD.

If you’re looking for something new, engaging and wildly different from track to track, this disc is an exciting trip that shouldn’t be missed. For information, visit their Facebook page.

Beginning with a distinct reggae vibe, Family Tree is a solid capture of human family spirit. As songs talk about roots of the family tree, breathing in fresh air, drinking water from the spring and feeling “the natural,” there’s no ambiguity about where this group stands.

Led by the vocals of drummer Tyler Dattmore (a happy change of pace to hear from a lead singer-drummer), the positivity of this band’s messages along with their catchy delivery makes them more like a modern Assembly of Dust. Dattmore’s voice has a striking resemblance to Dust singer Reid Gennaur in the best way. Both are expressive with impressive range and somehow seem perfectly suited to communicate the very stories they both tell. It is an amazing thing in music that certain voices seem to attach themselves to genres and emotions, and Dattmore, like Gennaur, has that unique gift.

Also like Assembly of Dust, Sunrise Drop doesn’t fall neatly into reggae, but rather dances around rock, jam and reggae without ever forgetting to throw in a few poppy lines that listeners can’t stop singing for hours afterward. “Push and Pull” has a swing that artists like Elvin Bishop could deliver so well, while “Family Tree” is an instant sing-along, something that songwriters are always striving for. With lyrics such as “Your mother and your father, sister and your brother, roots in the family tree,” Dattmore sings with soulful conviction as he nails notes all over his range before bringing in a group chant and clap that’s nothing short of infectious.

The instant likability of this group is in the powerful vocals, positive messages and overall vibe that comes along with singing the songs the way they do. For more, visit their Facebook page.