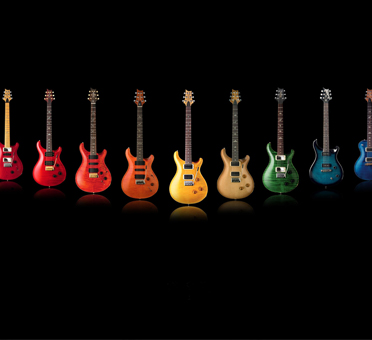 Many artists over the years have faced controversy and even ridicule for any major musical departure; think of Bob Dylan and his transition to electric guitar at the Newport Folk Festival in 1965 or Eric Clapton’s transformation from blues deity to a more laid-back approach a la The Band in the 1970s. Yet others have enjoyed great success with sound-switching; Darius Rucker, of Hootie and the Blowfish fame, and his morphing into a country-pop crooner springs to mind.

Guitarist Max McKee’s solos throughout are kept short, sweet and to the point, and each song, from the opening chords of “Sunday Funday” to the harder edged “Danger Zone,” features at least one hook to catch the listener’s attention. It’s a formula for success if one can pull it off, yet Fury and friends do so with relative ease.

Country music, whether traditional or modern in nature, has long been associated with the mental imagery it evokes, and in this regard Fury also succeeds. The aptly titled “Shotgun Girl” (“Pretty thing walkin’ on by now/ Little thing look a little wild now/ She got them blue eyes shoots me a look now/ I’m caught like a fish on a hook now”) is certainly no exception, while “Summer” has all the trappings of a summertime country hit (too bad we’re still months away from sunshine and 80-degree weather). “Old Man (Got It Right),” meanwhile, is a surprisingly strong father-and-son conversation detailing the proverbial old man “tired of living a difficult life” and finding love again (at the local bar, no less) with the “pretty little bartender” who “laid that sweet whiskey down.”

Recorded at More Sound Studios over the course of three months, Fury said the album, and the transition to its countrified vibe, happened organically. “I was raised on southern rock and when I started exploring away from the rock side {of that genre} and toward the country side of that music, I loved it,” he explained. “I went to a Jason Aldean/Luke Bryan show concert about a year ago and hung out with people who lived and breathed music, and really had the time of my life. I realized those were the kind of people I wanted to sing for. . . it was too much fun.”

A CD release party and live performance by Mick Fury and Midnight Moonshine will kick off on Wednesday, Dec. 4, 7 p.m., at the Westcott Theater, 524 Westcott St. Tickets are $10 in advance and $12 at the door; everyone in attendance will receive a copy of the album. For more information, visit www.mickfury.com/sundayfunday. The 2013 edition of the Syracuse Area Music Awards (Sammys) provided stiff competition in a slew of categories. Taking away the Best Pop prize was the Mike McKay Band, which has since been asked to perform at the 2014 Sammys ceremony on Friday, March 7, at Eastwood’s Palace Theatre.

McKay has gone on to impress audiences far and wide with his sincerity in delivery and perfection in songwriting. He’s a master at drawing audiences in with his natural magnetism on stage. Fortress, however, takes some of that away, instead subbing in a professional polish that reminds of any pop album on the shelves today. Harmonies are spot-on, every instrumental is perfectly clean and McKay’s solo vocals hit precisely. The level of production is impressive, competing with the best in the business, but perhaps sacrificing a bit of that charm McKay sells so well. Honesty is best sold when it’s not scrubbed clean.

Songs speak clearest when the heart-on-sleeve songwriter gets most intimate. “Imaginary Stop Signs” is armed with lyrics that every female dreams of hearing: “Take your time/ Take my life/ I’ll do anything you want me to/ Take my heart/ I’ll take my guard down/ Just look me in the eyes and say. . . / You’re not perfect/ Just like me/ But in my eyes you’re just as perfect as you ought to be.”

Other tunes on the five-track disc could easily get radio spins among the likes of pop radio royalty, demonstrating that McKay knows how to write a hook and sell a song. This pop prince is on the right track. This CD offers grooving bass lines, a steady funk chug behind the kit, and horn and guitar embellishments to pack the punch made famous by masters of the get-down such as James Brown. Our Friends Band’s well-chosen influences are obvious in their music, a fusion of the various styles they appreciate: Phish’s sense of humor; the firm groove of Herbie Hancock; the rowdy, party-feel of Kool and the Gang; and the attitude of the Red Hot Chili Peppers. Somehow they make it all work in their own brand of funk/groove-rock.

Vocals and harmonies from Sean McNamara are crisp and hilarious, ensuring that with every listen, another line will get you laughing. McNamara’s lyrical topics hit on the existential queries of our existence (kidding, but maybe not) as he sings, “I can’t find my shoe,” and “Please allow me to tell you about the guinea pig feud.” The music follows suit, bubbling with youthful energy, and, appropriately so: The musicians, including McNamara (guitar, bass, vocals), Taylor Ricks (bass, keys), Everett Hook (brass, guitar, keys), Trevor Reynolds (drums) and Josh Russell (keys, organ), are all between ages 23 and 29.

Beyond the ways that the musicians meld, the way their styles mesh and breathe, the real selling point for Our Friends Band is that these guys are fun. Their self-titled album isn’t flawless, with big jams that take long, imperfect walks around and vocals that get caught up in the excitement, but that’s also a huge part of the charm. If the crowd has half as much fun as this group does on stage, it’s a win-win for both sides.

See the band live at the Lost Horizon, 5863 Thompson Road, DeWitt, on Saturday, Jan. 11, 9 p.m., when they open for MVT. Tickets are $10. For details, visit facebook.com/ourfriendsbandpage and thelosthorizon.com.

The Defense Rests
Vinyl Exam on Black Friday
To Top