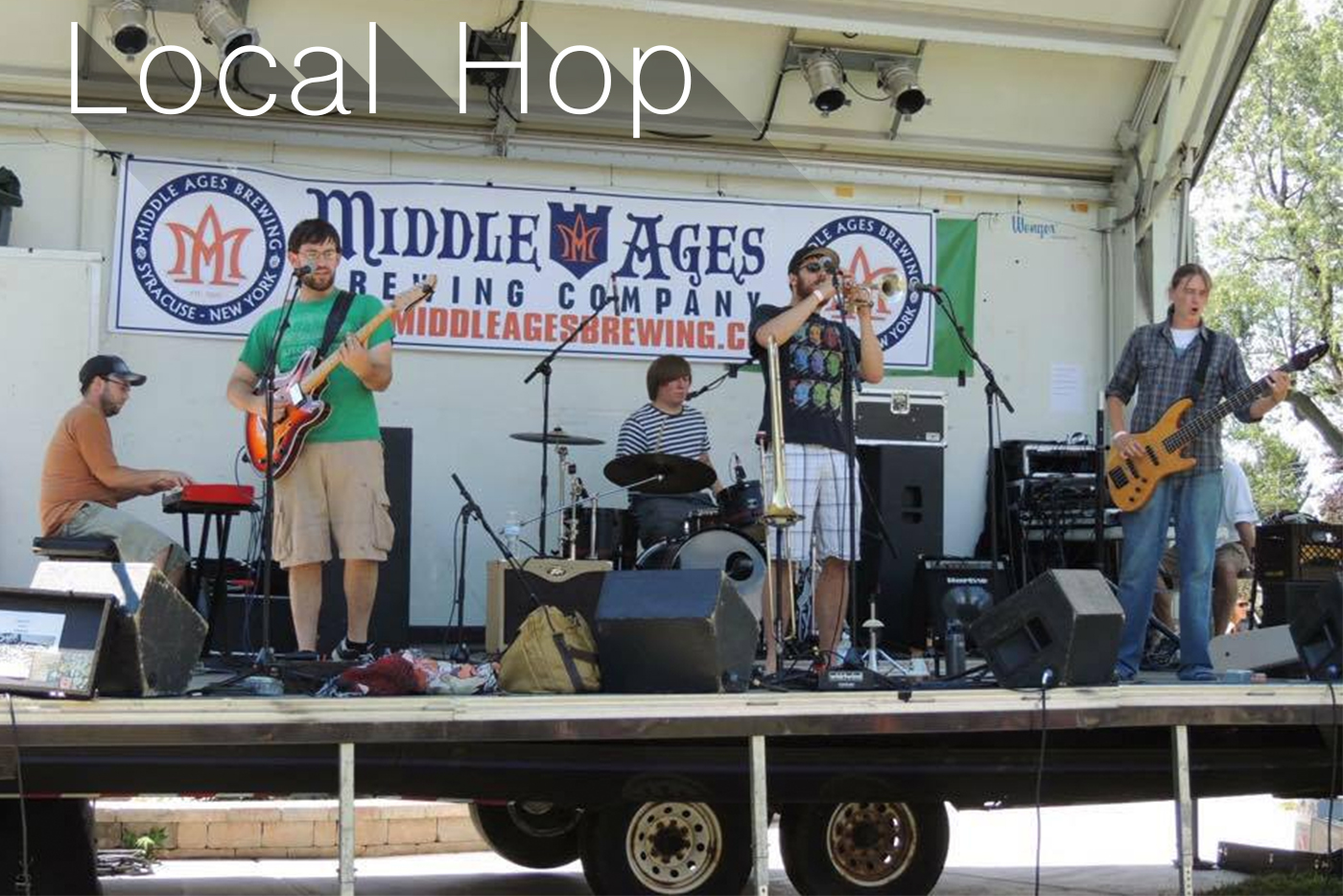 The group runs deep with talent that allows them rich texture and full harmonies. Guitar solos trade between the bluesy Dark and sharp DiNiro, with lead vocals shared by Kratz, Brown (“Reflections”) and Dark (“Useless Man”). The combination gives the disc added dimension and multiple highlights.

While the album definitely tips its hat to 1970s-era bands like REO Speedwagon and Humble Pie, it has a modern edge reminiscent of Stone Temple Pilots or similarly riff-driven bands. The band ramps into heavier songs like “Useless Man,” which features an aggressive introduction that presents the bitter theme, as Dark sings with conviction: “You ain’t handy/ just a no-good useless man/ you ain’t handy/ degenerate pile of trash.” The punch continues with a particularly powerful second solo and an ending that hits with a vengeance. “Trouble” showcases the guitar hero pyrotechnics of DiNiro and Dark with biting harmony lines that explode with the tune.

Recorded at Dungeon Studios, produced and engineered by Dark and John “JB” Brown and mastered by Ron Keck at Subcat Studios, the disc is a solid representation of the band and hopefully only the first of many CDs to come. Visit facebook.com/thedarkroomband.

Our Friends Band. Chalk It Up (independent). Delivering original groove rock since 2011, and with three studio and two live albums under their belt, Chalk It Up serves as the next chapter for this young, but growing band. The CD captures the group’s essence as a fun, jamming unit with an ear for hooks and a stylish mix of musical influences.

Members include Sean McNamara on guitar, vocals and lyrics; Everett Hook providing horns and vocals; Trevor Reynolds handling drums and vocals; Taylor Ricks on bass and vocals; and Josh Russell with organ, keys and synths. They stretch out on “Parallelogram,” a tune that should become an instant live favorite. With guitar lines reminiscent of the Allman Brothers and an infectious chorus, it starts with structure and breaks down into a solid synth jam before jumping back into the groove. Clever transitions keep it together, while the harmony lines provide a layer of intricacy that carries listeners between lyrics.

“Pick Up and Drag” slows the beat, but keeps things interesting with horns and keys, while “(Take the) Elevator” offers a hula hoop beat with a cheerleader-like vocal chant. “Shrug,” featuring Zandra Kaye and Rob Dee of House on a Spring, brings the most flavors to the table, with Kaye singing sweetly and Dee adding a hip-hop touch against a jamming guitar. “Sunshine Wooboodoo” immediately conjures thoughts of summertime music festivals, so it’s no surprise that Our Friends Band will play at this year’s Sterling Stage FolkFest on Sunday, May 29.

Although the lyrics are sometimes difficult to understand, the basis of this band lies in the jam, which it continues to provide. Recorded, mixed and mastered at Spring House Studios by Russell with Our Friends Band, it’s another step in the right direction. For more information, visit ourfriendsband.com.

Eddie Z. Song Miner (independent). Songwriter Eddie Zacholl, known for his participation in The Z-Bones and the Easy Ramblers, branches out on his latest effort. According to Zacholl, the disc’s mission “is to capture an organic version of the song sketches early in the writing process and let the listener fill in the blanks, much like the folk singer-songwriters did in the early 1960s.” Those tracks, which didn’t quite fit into the repertoires of his other bands, gave him the opportunity to work out of his home studio and create Song Miner’s stripped-down folk project.

The songs keep tight to the folk vibe, with Zacholl on guitar and vocals, Tom Finn on congas and Brendan Gosson on fiddle and vocals. Along with Zacholl’s own compositions, “Waters Run Deep” was co-written with Scott Ebner.

The musical themes match the instrumentation, with sweetly singing fiddle and light finger-picking and strumming guitar. The lyrics stick to front-porch, boot-tappin’ topics, but they all seem to carry deeper messages. On “Come to the River,” Zacholl sings, “Come to the water/ it’s not just a dream/ get me one step closer to coming clean.” And on “When You Walk In,” he softly tells a tale: “When you walk in I can’t see your face/ and heads begin to turn around/ sailors grin and recall your face and lay their silver down/ and I know who I am when you walk in.”

Song Miner achieves its purpose, providing natural recordings that breathe because they’re real. For folk lovers, this is a must-have. For more information, find Eddie Z on Facebook and reverbnation.com.