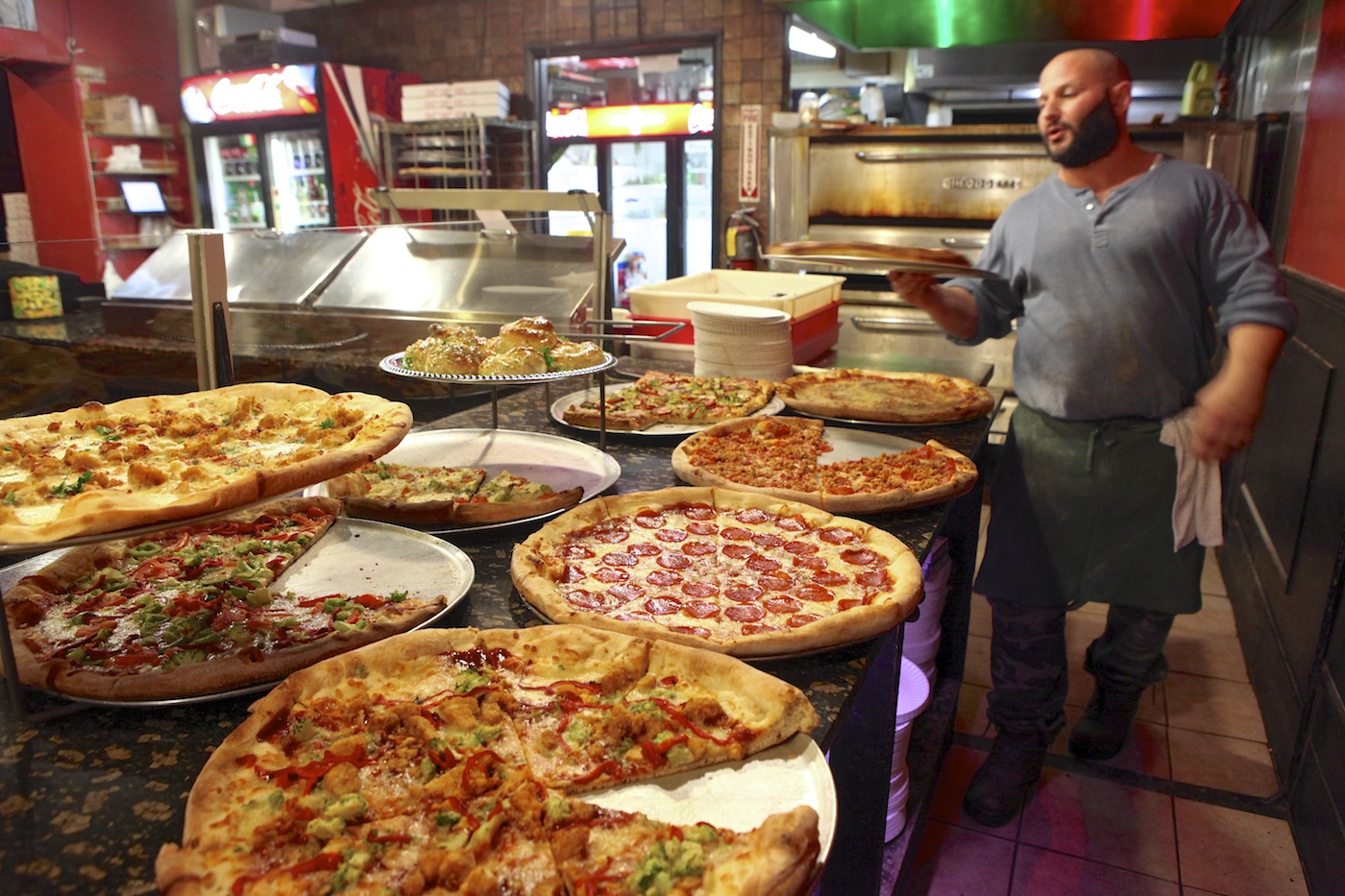 There’s nobody named Nick working at Nick’s Tomato Pie, but that shouldn’t qualify as a deal-breaker.

Editor’s Note: This feature was produced in cooperation with advertisers in the Syracuse New Times.

There’s nobody named Nick working at Nick’s Tomato Pie, but that shouldn’t qualify as a deal-breaker. The Armory Square pizza destination has a loyal customer base with downtown workers by day, then lures nocturnal bar-hoppers on weekends with their many menu items. 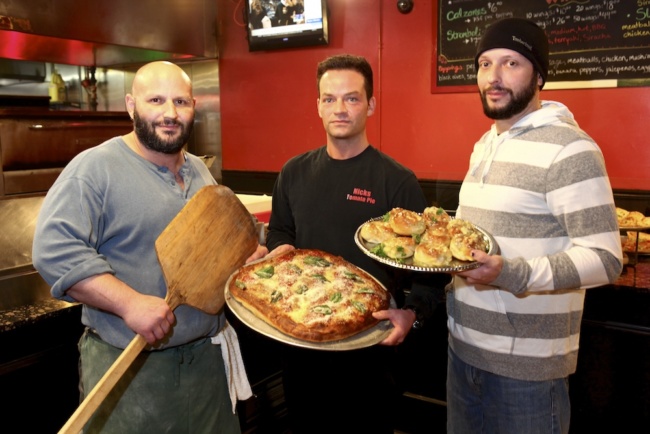 Owner John Hanus is in his 15th year with the business, which formerly was home to DaVinci’s pizza and, for those with even longer memories, a vegan bakery. Hanus demurred from being interviewed, preferring instead to allow his head trio at Nick’s to do the talking: John Lakehomer, who has been there for 10 years; Mike Moritz, who notches 14 years; and his brother Jim Moritz, who has technically been there 15 years, albeit with a six-year hiatus along the way.

The fraternal Moritzes alternate the pie-twirling chores, with 11 to 14 pizzas at all times on the countertop. The standard selections of cheese, pepperoni and sausage pizzas share space alongside more adventurous specialties like the “grandma’s pie.” Jim Moritz is almost in drool mode while describing how this hefty item gets created, with garlic, basil, sauce and Romano cheese on top, more cheese on the bottom, and all of it baked in olive oil for an hour. Each slice is about an inch and a half thick, yet the real surprise is how light it tastes.

Nick’s churns out nearly 100 pizzas most days, but that number climbs from 150 to 200 on busy weekends, especially in the summer when both downtown attractions and the pizza ovens really heat up. There is inside seating for 26, with outside tables available in the summertime. While not really a sports bar, five TV screens allow munchers to get their ESPN fix. The venue itself is decorated in reds and blacks, with an old-school tin ceiling above. 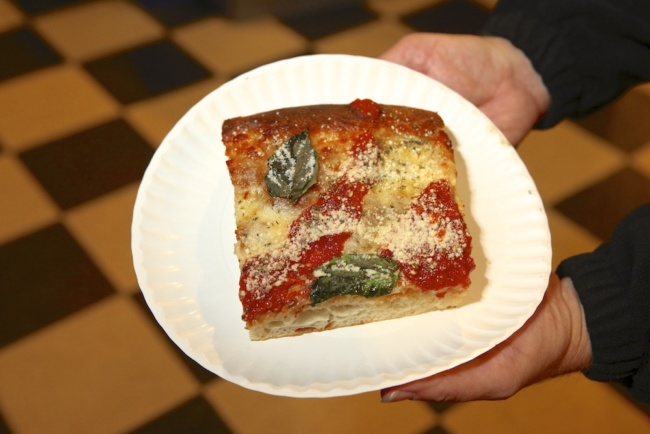 Mike Moritz affirms that eggplant pizza slices are highly favored during the lunch rush, while the chicken variations appeal to the late-night crowd. The chicken wing pizza, for instance, boasts seasoned chunks of white meat in a sassy sauce. Other pizza shops in town that have attempted this specialty have ended up with suspicious meat that tastes like the part of the chicken that jumped over the fence last.

Nick’s has outlasted several competitors such as the defunct Slices and Calzonie’s, and is certainly the benefactor of the adage, “Location, location, location.” Yet Mike Moritz insists that the fresh ingredients and tasty pizza dough offer more reasons for the pizzeria’s success. “And everyone loves our sauce,” he says with a smile.

Free Will Astrology
Smart Cookies From Sweet Praxis
To Top