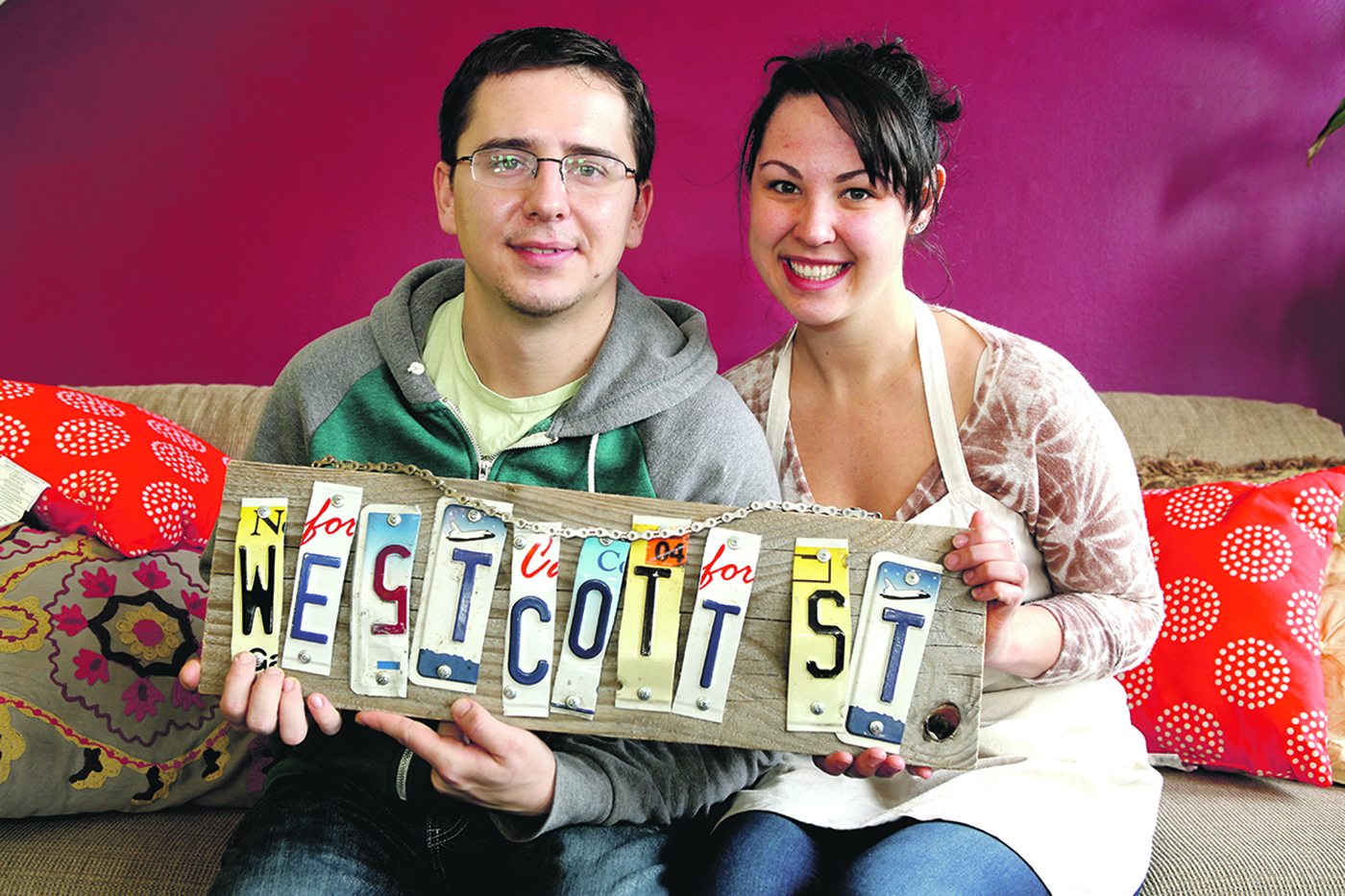 Westcott bakery up against bizarre zoning.

Our eyes dart back and forth as the moment of illicit consumption draws nigh. Can I trust David and Kayla? Can they trust me? Can I trust myself?

We’re at Picasso’s Pastries and Cafe in the small dining area. Correction! “Digestion area.” Legally, we are not allowed to eat anything while seated, but that is precisely what we’re about to do. It gets worse. We’ve about to partake of three freshly baked pizzas that David has prepared in the back.

Picasso’s, located at 466 Westcott St., is not zoned for pizza. Or soup. Or sandwiches. Nor is Picasso’s a cafe. Picasso’s is zoned as a retail bakery. It may serve — check that: sell — only baked goods, of which pizza, for reasons only a bureaucrat can fathom, is not.

“Is it ready?” I ask, sweat beading on my brow.

David disappears briefly and returns with the pizzas. An intoxicating, herby aroma pervades the crime zone. We partake. It’s all true. David makes wonderful pizza — and you can’t have any. That would be a zoning violation. Which raises a question: Why is nothing easy in Syracuse except building collapses and street crime?

Perhaps a bit too frequently, I’ve been enjoying the baked goods at Picasso’s since partners Kayla Brandt and David Zaczynski opened their little store 2 1/2 years ago. A few weeks ago, having not had lunch yet, I innocently asked Kayla why they don’t serve sandwiches there.

The ensuing heat blast wasn’t from the oven.

“We’re not allowed,” she said, eyes flashing, adding later, “They said it would be easier for us to open up as a bakery and change the zoning to a cafe down the line. They lied.”

Kayla and David stress that city zoning and code officials are nothing but polite as they do nothing to resolve the impasse. Their impression is that city departments don’t communicate with one another. They note that on the day Picasso’s opened, the city closed Westcott Street for repairs for five months.

Since then, despite a letter of support from the Westcott Neighborhood Association, their cafe permit quest has bogged down, particularly regarding an ugly expanse of Tarvia that fronts Westcott Street. The city wants them (or their landlord) to remove the Tarvia and replace it with grass, a $20,000 job. Onondaga County’s Save the Rain program apparently will do it for free, but it’s on the program’s timetable — meaning between six months and four years. President Trump could be impeached by then.

Ken Towsley, the city’s director of code enforcement, says the couple could make life easier for themselves by submitting a revised site plan, as they were asked to do, that explains details such as how trash will be stored and screened and why the driveway can’t be narrowed to meet code.

He also urged them to see if Save the Rain will narrow its window. “I don’t know how much weight the Save the Rain people have with the City Planning Commission,’’ Towsley acknowledged.

Neither do I, but I know absurd when I see it. To get around the ban on serving prepared food, the bakery sells broccoli and ham-and-cheese “rolls” and savory pop tarts — tasty but odd cousins to the (ssshhhh!) stromboli family. Because all sales are technically (but not in practice) to go, food must be dispensed on paper plates only. Save the Rain, Overburden the Landfill.

Meanwhile, the market across Westcott Street — no masterpiece of urban architecture — houses a Subway where you can buy a crappy sandwich from a company that harbored a child predator pitchman. Just across Dell Street, you can buy uninspired chain pizza at Papa John’s, whose smug CEO suggested he’d cut his workers’ hours so he wouldn’t have to pay for health care.

“The city has no problem allowing corporations and franchises to come in and run wild, but when it comes to small businesses, they give us a hard time,” Kayla opined.

Isn’t the solution obvious? David and Kayla need to stop investing monster hours in their actual product and stop contributing to the eclectic mix of one of the few fun neighborhoods in the city. It’s time to lawyer up. If Picasso’s had the same corporate team as Panera, I’d get my sandwich.