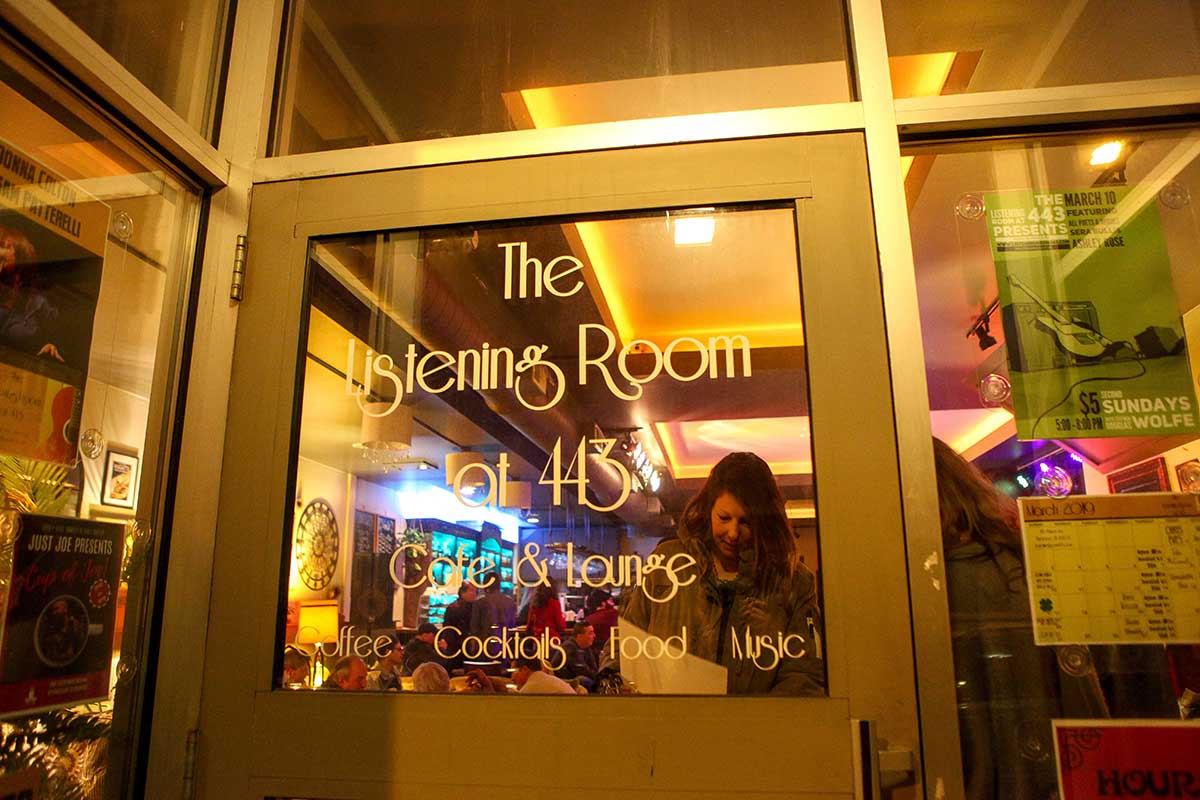 Owners of Syracuse’s The Listening Room Café were contacted by Tennessee attorneys, saying the name infringed on a trademark.

On March 22, The Listening Room at 443 Café and Lounge, a two-month-old music venue located at 443 Burnet Ave., got some unsettling news. The attorneys representing The Listening Room Café in Nashville, Tennessee, informed owners Julie Briggs Leone and her husband-partner James Leone that they were infringing on their trademark.

“It’s just something I don’t have time for,” Briggs Leone says. “I’ve already been working 18-hour days for the past few months and this is a big project.”

The couple was fairly certain they were in the clear when they chose the name because they found similarly named venues in Alabama, Arizona, Colorado, Louisiana, Maryland, Missouri and North Carolina. There are also several companies using the name, including one that sells audio equipment and another that deals with hearing therapy.

The venue in Nashville was established in 2006 and trademarked the name in 2014. Briggs Leone says she was contacted by several trademark lawyers who claim the venue doesn’t have a case, but Briggs Leone is hesitant to try their luck.

“I can’t fathom trying to stick to our guns,” she says. “The legal bills would be immense.”

In a blog post on the venue’s website, listeningroom443.com, Briggs Leone notes that she’s experienced this kind of legal case in the past and she’s already afraid of the impending costs that will come along with a change of name. “We will have to add a DBA to our LLC, liquor license, bank and vendor accounts, move our website, change our social media outposts and update printed materials,” she posted. All of those will require time and money to make the switch.

“I’m most concerned about the liquor license,” she says. “If we have to buy a new one, we just can’t do that right now.”

Briggs Leone says that the Nashville venue gave them an April 12 deadline. She expects the name switch will take longer than that, but changes concerning social media and signage will happen soon. The pair originally chose the name to keep consistent with the Listening Room Acoustic Music Series that Briggs Leone created in 2014 with Joanna Jewett, her Red Shoes Black Bag Productions partner.

“We were really conscious of the issue,” she says. “The names aren’t confusingly similar as we’re not competing locally or even regionally. But we would have to hire a lawyer to fight it and it’s easier to just change it. We’re trying to settle on a name, but we want to make sure the one we choose is a clear name to take.”

Briggs Leone says every person who has come into the venue since the announcement has brought up the dilemma. “We appreciate the support,” she says. “There’s been a really lovely outpouring of people supporting and being angry on our behalf and promising to still come in no matter what we call ourselves. If it had to happen, better now than a few years in.”

She also promises that whatever the name, the venue will remain the same, “The bigger deal is that we will continue doing what we’re doing no matter what.”