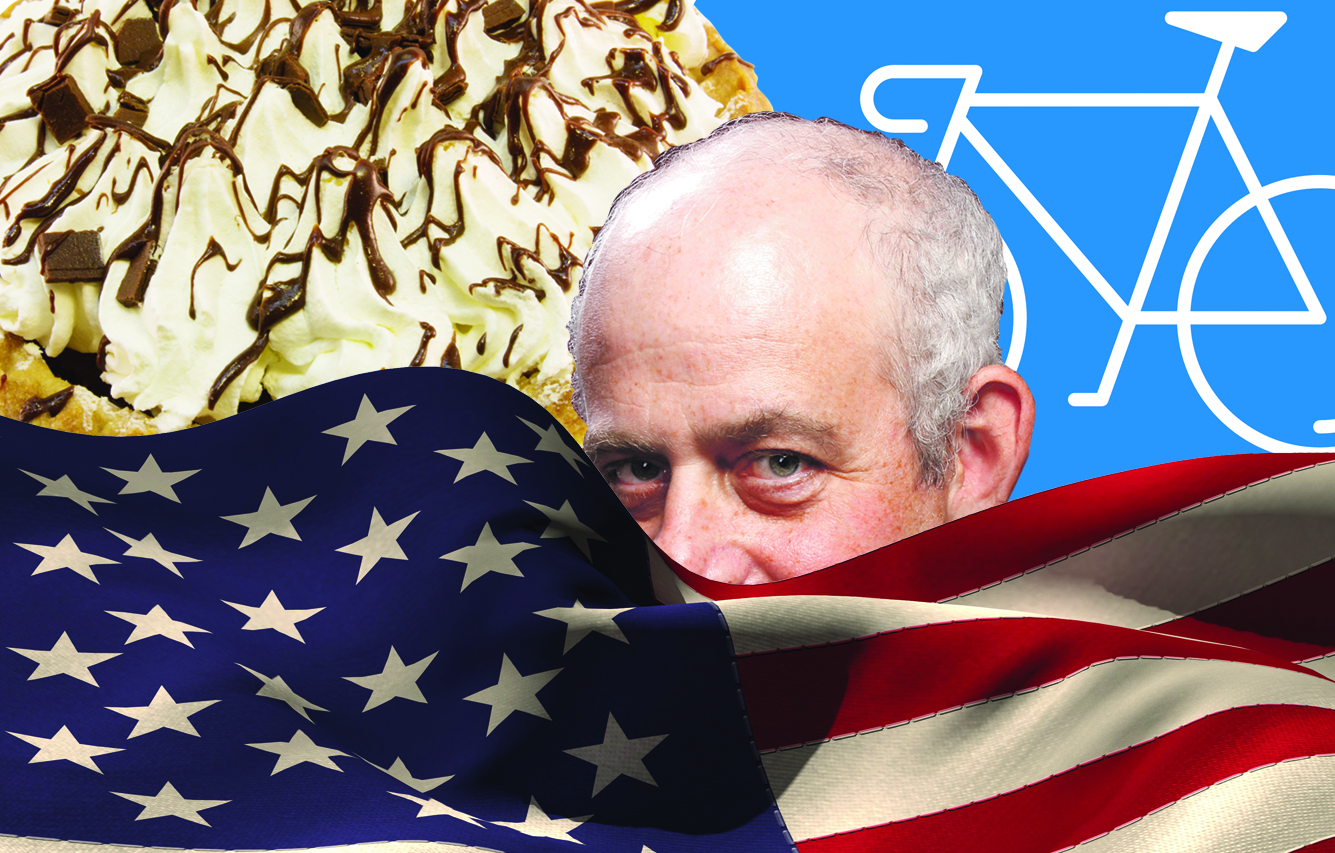 Being a local celebrity has its perks and pitfalls.

Editor’s Note: Jeff Kramer has graciously accepted two local celebrity appearances at the New York State Fair. As if that isn’t enough, he will sing the National Anthem at the Syracuse Chiefs game on Fireworks Friday, Aug. 26. How does Kramer have so much energy and how does he handle the demands of local celebrity? We caught up to him just as he was slinking out the side door of Adult World to find out:

JK: Actually, no. I was robbed at gunpoint by men dressed as police officers who took me here against my will. It’s traumatizing.

SNT: Were you targeted because you’re a local celebrity?

JK: Most likely. There are so many sick people out there who want to take advantage of my general awesomeness. It’s sad.

BOUNCER: (appears from the same door) Mr. Kramer, here’s your numbing spray. You left it in the booth.

JK: Exactly. I have no idea who that man is.

SNT: It sounds like being a local celebrity is a terrible burden to you?

JK: It can get oppressive. The worst part is when someone keeps looking at me and they sort of recognize me, but they can’t make the connection. You can see them trying to figure it out: Is that the guy who rotated the tires on my Subaru 10 years ago? Pay attention, people! I’m Jeff Kramer, for God’s sake!

SNT: Yet you always come back for more celebrity abuse. Like this Sunday, Aug. 28, 10 a.m., you’ll be at the main gate of the New York State Fair getting a pie smashed into your face for charity, correct?

JK: That’s correct. I’ll be helping to kick off the Bubble Blast Run to benefit ACR Health. Amy Robbins from 93Q will be there.

SNT: You and Amy get along?

JK: Definitely. I admire how gracefully she handles her local celebrity. She always comes across as friendly and generous of spirit. What a giver.

JK: That’s fair, although you could argue that in doing these charity events when my heart isn’t in them, I’m more generous than Amy.

SNT: We’ve noticed, by the way, that the Colonial Laundromat ad that was shot almost a decade ago with you and actress Moe Harrington has started running again on local television. Is it true that you donate your share of the royalties to charity?

JK: There are no royalties. But if there were royalties, I would definitely donate them to a worthy, laundry-related cause, maybe toward a special laundry  safe house where Fox News employees can drop in to have the stench of deceit removed from their clothing. It’s so hard for these people to go home and have normal lives when  they smell like they’ve spent the day lap swimming in Satan’s lower bowel.

SNT: Before we talk about you singing the National Anthem at the Chiefs game, which, frankly, sounds like one of the worst ideas to come down the pike since Clark’s Ale House moved to Salina Street, tell us about your other State Fair appearance.

JK: Wednesday, Aug. 31, is “Ride for $5” Day. You get $5 off admission if you ride your bike to the fair. I’m the local celebrity for a group ride sponsored by the awesome bike shop Mello Velo. We’ll leave from the Salt Museum at 9:30 a.m. and loop around the lake. We even get to see the new toxic amphitheater en route to the State Fair! No charge for the ride, so come on out.

SNT: As an avid cyclist, you must relish this chance to promote cycling as a fun, healthy alternative to driving.

JK: Oh, please. You think I give a deep-fried goat turd how people get to the fair? Take a funicular for all I care. Here’s the deal: I drop a lot of green at Mello Velo. Do you have any idea how many padded cycling shorts a guy my size flattens into micro-thin colonies of streptococcus in the course of a year? I’m in this for the swag, for deeply discounted merchandise. “The Jeff Kramer, local celebrity” brand does not come cheap.

SNT: But you’re already getting five bucks off fair admission.

SNT: Are we really going to hear you sing the National Anthem?

JK: Correct. I auditioned at the stadium the other day and I passed with flying colors. I believe Chiefs general manager Jason Smorol’s exact words were, “You’re not even close to the worst we’ve ever had.”

SNT: So you can sing?

JK: I have decent pitch, let’s just say that. I am rehearsing with the goal of avoiding a Roseanne Barr-type national shaming. My biggest fear is that I will become so overcome with patriotism that I’ll forget the words. I’m struggling a little with the “O’er the ramparts we watched” part. What the hell is a rampart, anyway? Isn’t that the hospital where Dr. Joe Early and Nurse Dixie McCall worked?

JK: Thank you. If I screw up, at least they didn’t put me in charge of the fireworks.