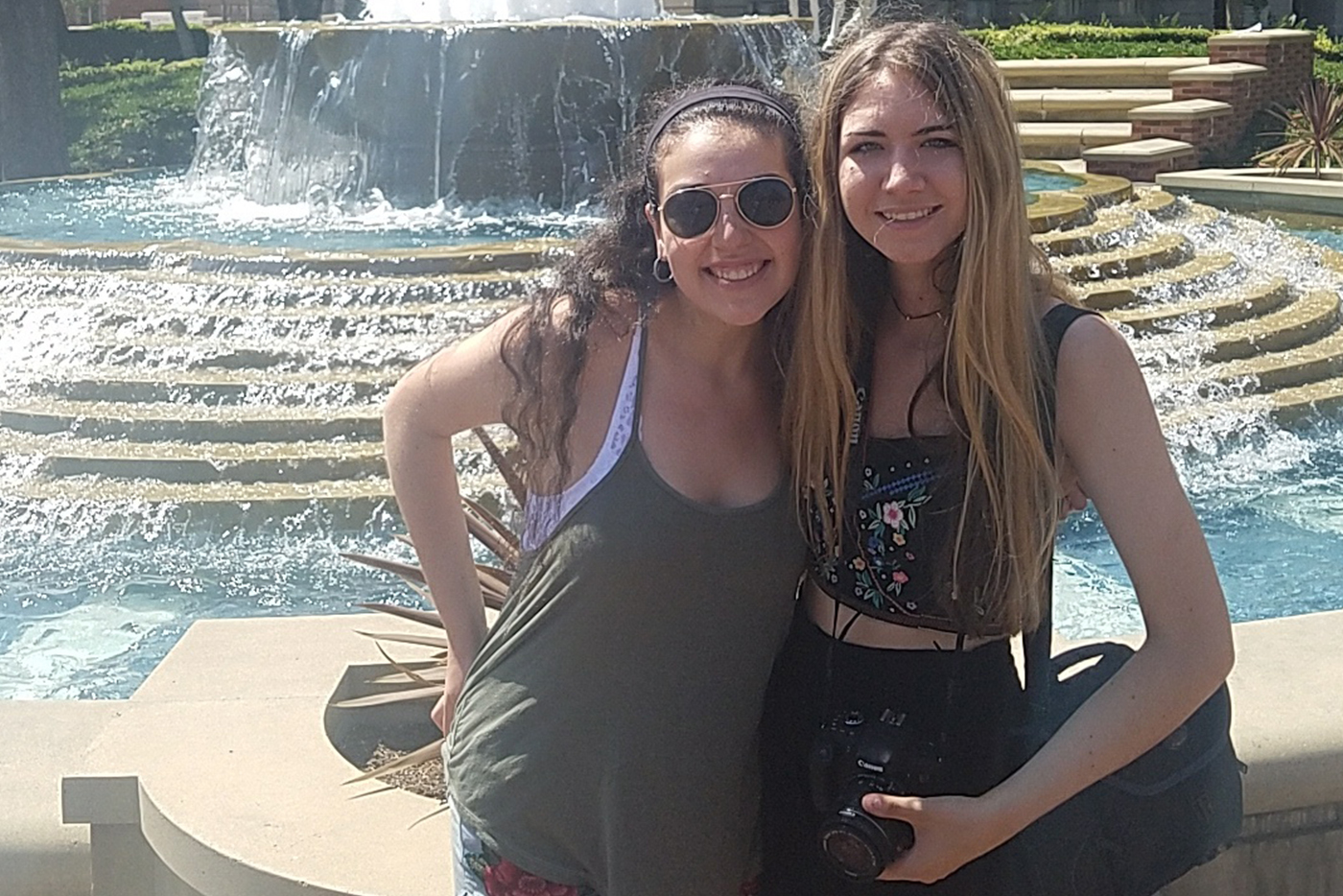 Jeff finds himself in the thick of the dreaded college visit season.

Normally we keep information to a minimum here, but I’ll make an exception to expose a scam targeting parents of high schoolers in the Northeast.

Here’s how it works: The student announces he or she wants to tour college campuses in a warm-weather location such as Southern California. Some of these campuses are so close to the beach you can stand in the admissions office and hear wedges of lime splashing into Coronas.

Once the parent signs off on the junket, the young scholar casually notes that a friend (or friends) is also interested in visiting the same schools, and that they’re coming, too.

From there it’s a slippery slope to you lying alone in a hotel room, haggard from chauffeuring the teen grifters through nightmare traffic and listening to them giggling away in the adjacent room as they plot the next deployment of your credit card. That’s when you doubt whether these people have any desire to attend college in California — or anywhere. But that’s not really the point. The point is you’ve been played.

That is not to say my daughter Miranda, her friend Julia and I didn’t gain priceless insight during our five-day tour of Southern California universities at the height of tanning season. For example, we learned that all student tour guides are the same person. Let’s call her Lacey. She has a gift for projecting energy, optimism and boundless love of her institution, all while walking backward.

The effect is overwhelming. Lacey could lead a tour of the federal supermax prison at Florence, Colo., and afterward you’d go back in your rental car gushing, “This place totally rocks. I just wish my felony transcript was stronger, but if I spend two years in state prison at Pelican Bay, I bet I can transfer here.”

No exaggeration: If a huge asteroid were to hit, say, the University of California at San Diego, Lacey would be out there the next day telling prospective freshmen and their  parents: “We are the only campus in the UC system with its own asteroid crater. You can see students during finals going inside to play Frisbee golf or just breathing toxic space vapors to de-stress. And the research opportunities are amazing!”

We began our trek at USC, a gilded fortress in South L.A. perhaps best known for producing famous football players such as O.J. Simpson, famous actors such as O.J. Simpson and famous murd . . .  well, you get the idea. As luck would have it, our USC tour took place a few days before O.J. won his parole hearing in Nevada and also while news was breaking that a former USC medical school dean — while on staff as a physician — had allegedly used illegal drugs and consorted with known criminals, and that a fellow drug user had overdosed in his presence.

Understandably, Lacey was in an upbeat mood that morning. She explained that USC is a family of incredibly bright, ambitious students, superstar faculty and ultra-devoted alumni who open major doors of opportunity for graduates. We saw for ourselves what she meant by family.

“Fight on, Lacey!” a passing student shouted to Lacey as she ambulated backward, heels clicking on walkways made of lacquered hundred-dollar bills.

“Fight on, Mark!” she replied.

The “Fight on!” exchanges were really cute the first 43 times, although I did wonder what everyone there was fighting. The crushing burden of trust fund management?

Anyway, I was ready to enroll right then, but first we had to check out UCLA. In a sign that UCLA might be even more exclusive than its crosstown rival, we learned earlier this summer that no guided tour spots were available until September. We did the best we could on our own.

I got a haircut at the student center. That used up 90 seconds. Then the girls posed for pictures with the big bear sculpture. We noticed that the lush Westwood campus proudly celebrates the late basketball coaching legend John Wooden, whose wise, folksy adages adorn the athletic center. “Be quick, don’t hurry.” “What counts is what you learn after you know it all.” “Dude, this IPA tastes like rat piss.”

We liked UC-Santa Barbara even more because that was the next school on our list. And Lacey was back. We saw the on-campus natural lagoon, and we learned how one student once raced from his dorm to the beach in 54 seconds.

But don’t let the beautiful setting fool you. UCSB, Lacey stressed, is a family of incredibly bright, ambitious students, superstar faculty and ultra-devoted alumni who open major doors of opportunity for graduates. We also learned that the professor-to-student ratio at UCSB is quite low: 44.3 professors for every undergraduate. In fact, we were shown the emergency call boxes available to any student who feels threatened by roving packs of under-utilized lecturers desperate to impart knowledge. By the way, UCSB’s sports teams are called The Gauchos. No one knows why.

Alas, we were horrified to learn that UCSD is really hard to get into, especially for out-of-state kids, but I’m not worried. I’m writing a killer essay on one of the major problems facing humanity: “This IPA Tastes Like Rat Piss.”