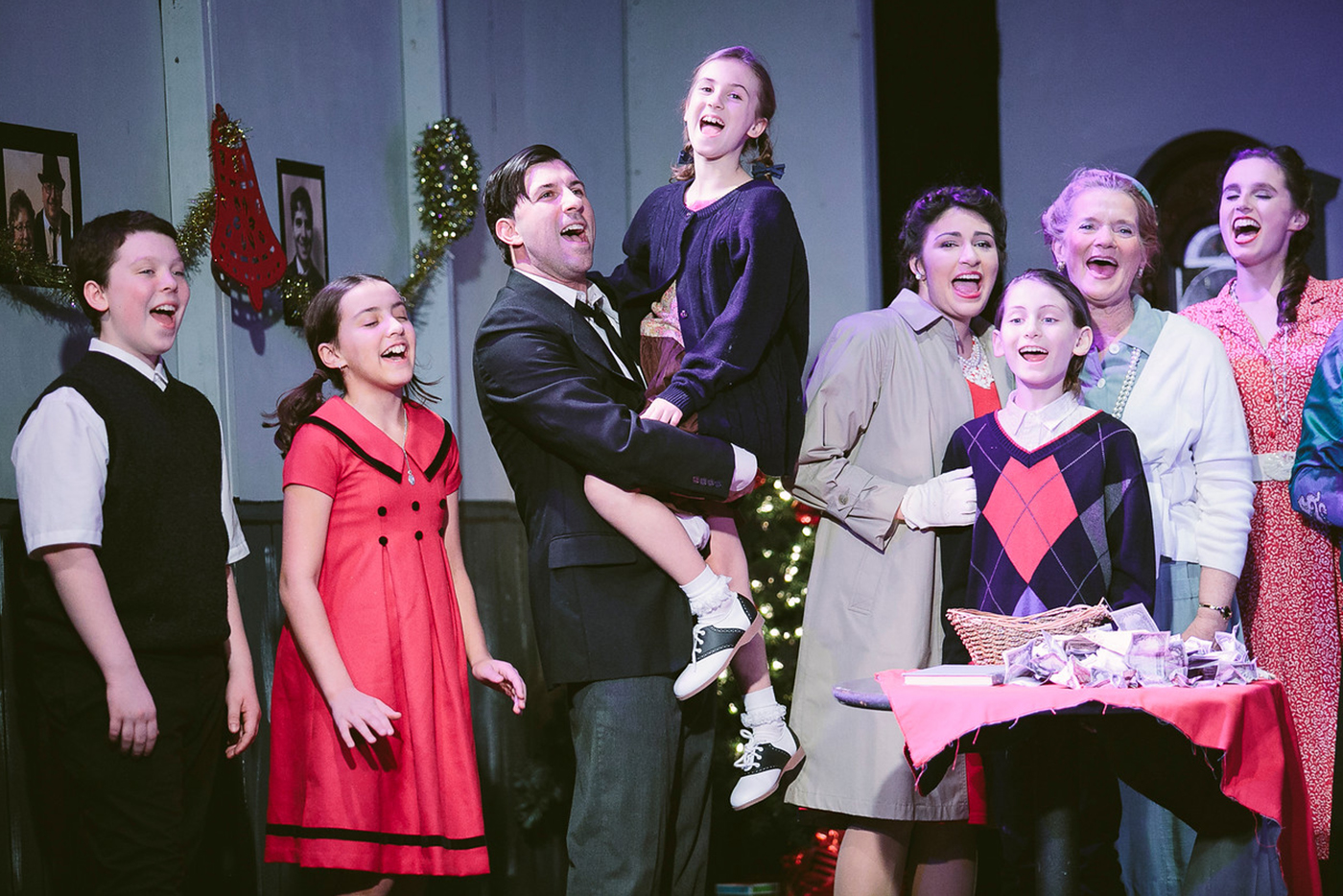 Director Frank Capra’s 1946 yuletide classic It’s a Wonderful Life, once dismissed in some quarters as “Capracorn,” thrives under close scrutiny. It’s one of those rare items of popular culture, like the 1933 King Kong movie or the Abbott and Costello “Who’s on First?” routine, that comes off better the more you look at it.

An operatic version of It’s a Wonderful Life is having its world premiere in Houston. On the local scene the Central New York Playhouse is staging a previously unseen adaptation by James W. Rodgers through Dec. 17. The first task is to liberate the characters from the movie version that everyone enters the theater knowing by heart.

We have been able to do this with musicals. We can now depict the monarch of Siam with hair in The King and I, and endless revivals of The Sound of Music mean we are no longer obliged to think of Julie Andrews twirling in the mountains.

It’s a Wonderful Life is more of a challenge because so much of the narrative is specific to cinema, like George Bailey’s visit to the nightmare Bedford Falls that never knew his presence. Director Bill Lee, who has lengthy experience with Cortland Repertory Theatre, faces up to the task in his thoughtful program notes. He knows it would be unbearable to have actors mimic the Hollywood immortals for two hours. Instead, he reminds us, this is a story about the contemplation of suicide: George Bailey is the Hamlet of Bedford Falls.

We see him on the bridge at stage left in the opening scene. We know from his lines that it’s George Bailey, but he’s a sleek, dark-haired guy whose despair betrays not one fleck of irony. George is played by Jordan Glaski, one of the most admired players in community theater, who bears not the slightest resemblance to Jimmy Stewart. His tone means business. He really does want to snuff out this foolish life. Neither is there much lightness in the stranger who approaches him, Clarence Odbody (John Krenrich), not a twinkly angel but a celestial bureaucrat.

To make his case, Clarence must tell episodes in flashback, like having the youthful George (Lambros Alamond) warn the drunken druggist Mr. Gower (R. Bernard Ment) against poisoning innocent customers. And we have to meet the whole Bailey family and the employees of the Bailey Savings and Loan struggling through such tribulations as the bank closings of 1933. Capra’s camera moved instantly through time, cutting from setup to setup, impossible to duplicate completely on the floorboards.

Director Lee, who designed his set with Jesse Bender, has mostly a bare stage backed by a slate-colored wall. This allows him to zip players on and off the stage so that there is no drag between scenes of the would-be town tart Violet (Lauren Puente) or Bert and Ernie (Christopher Lupia and Derek Potocki), the cop and taxi driver. The continuing presence of the bridge at stage left, however, asserts a darker tone.

Jordan Glaski, who has played Romeo, Stanley in A Streetcar Named Desire and Mr. Orange in Reservoir Dogs, brings more overt sexuality to George Bailey. This increases the heat in George’s courtship of lovely Mary Hatch (Kimberly Grader), so that we assume loudmouth Sam Wainwright (Darrell R. White) never had a chance. Rogers’ adaptation, however, removes the sweet declaration of love by the child Mary into the child George’s deaf ear.

Where Rogers’ adaptation and Lee’s casting pays off best are with the tense confrontation between the furious George and Bedford Falls’ aspiring economic dictator Henry F. Potter (William Edward White). White, who also supplied the show’s sound design (both George and Mary break windows in their dream house), has a familiar stage presence, and although versatile, is usually benign. In a reversal of type, White’s Potter has a touch of Dickensian viciousness, fulfilling the quip that It’s a Wonderful Life is A Christmas Carol from Bob Cratchit’s point of view. His delight in human misery should qualify him for a job with Wells Fargo, where stealing from widows and orphans has been a policy.

Two other sequences bring in mixed results. George and Clarence’s tour of the honky-tonk, sleazy Bedford Falls, now called Potterville, is a cinematic indulgence, with dozens of montages and rapid cuts. George’s curt rejection by his own mother (Marguerite Fulton-Newton) packs a punch, but these moments can’t come quick enough.

More successful is the finale where the whole town turns out to support the Bailey Savings and Loan in its time of need. Even the coldhearted bank examiner (Colleen Creedon-Baldwin) pitches in. Laughter through tears, reliably delivered.

Frank Capra, who died in 1991, doesn’t own It’s A Wonderful Life anymore. It belongs to all of us.

A Yuletide Cabaret For Unusual Times
Up, Up and Away
To Top