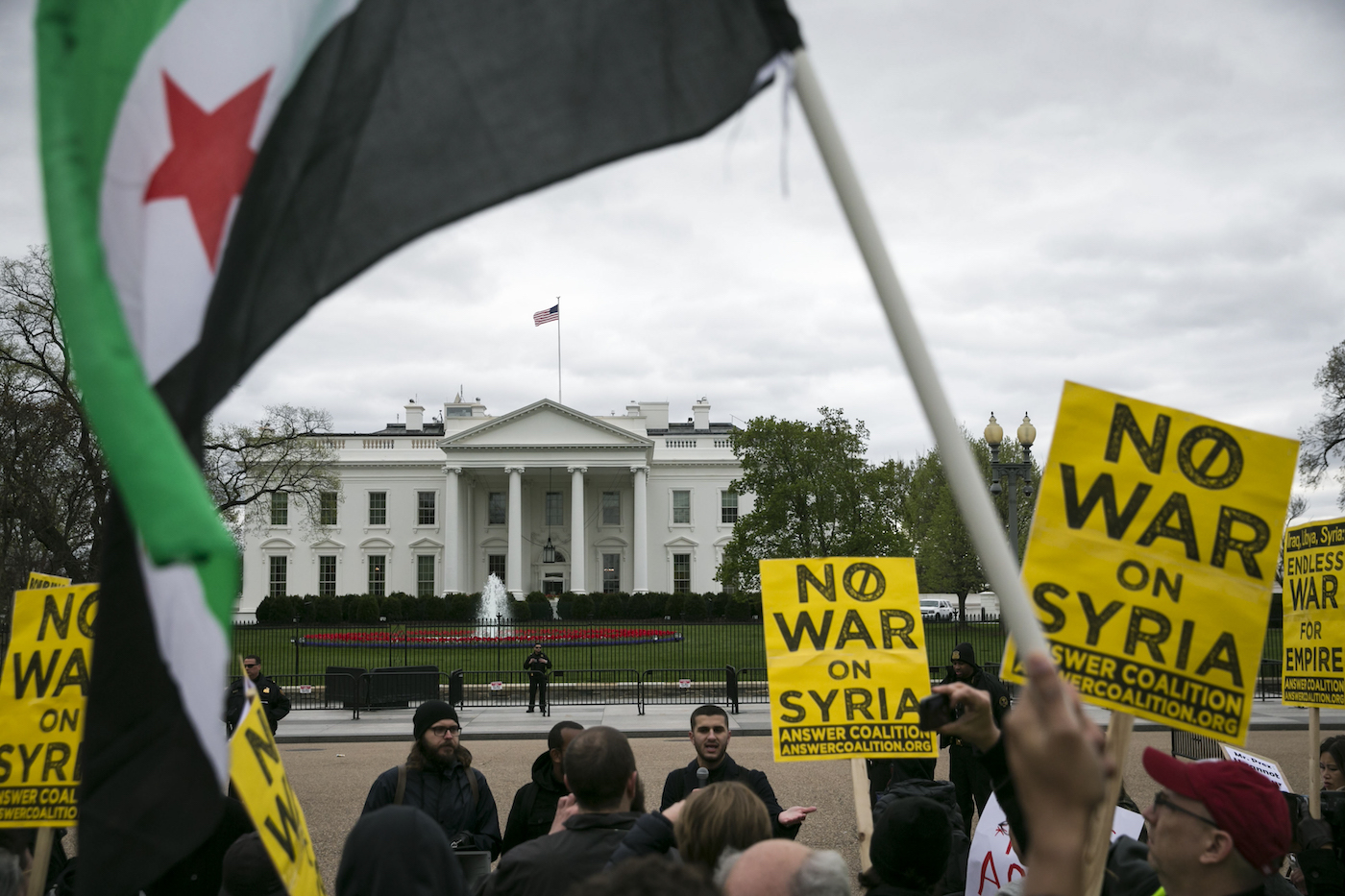 One hundred years later, the world still depends on our leadership.

It was an interesting time for the United States. A slew of new immigrants were struggling to find a route to acceptance in the American dream. Technology and innovation were transforming daily life forever. The gap between the wealthy and poor was growing ever wider. Terrorist were targeting Europe and the Middle East. Conflicts were spewing abroad that much of the U.S. population wanted nothing to do with. And a Supreme Court justice died during a presidential election year in which sent a man with the slogan “America first” to the White House.

Last week marked the 100th anniversary of the U.S. entry into World War I, ending a lifelong isolationist foreign policy, a precedent set by George Washington himself. On April 2, 1917, President Woodrow Wilson gave a speech to Congress asking for a declaration of war, insisting that our involvement would help “make the world itself at last free.” On April 6, Congress complied. After two and a half years on the sidelines, we reluctantly sent our troops and supplies to our weary allies on the Western Front where the fighting had stalemated. We turned the tide of the war, defeated the Central Powers and led the peace negotiations that followed.

Wilson understood afterward that the U.S. needed to be a leader on the global stage, and that’s why in high school we learn about his vision for the League of Nations, the precursor to the United Nations, and why he thought it so vital we be a part of it. The league was created following World War I but Congress rejected our membership. Our absence helped bring about another larger world war just a generation later.

The greatest lesson from the 20th century is simple: The world needs us. We confirmed that in 1945, but we first realized it in 1917.

One hundred years later, the world itself is still not free. We saw as much last week when the Bashar al-Assad regime in Syria unleashed an attack of poison gas upon its civilians, a horror first introduced in World War I and has banned ever since. The Syrian attack killed about 70 people, including children, choking to death on toxic fumes. In retaliation, President Donald Trump ordered a missile strike on Syria’s Shayrat Air Base, the first attack of its kind against the Syrian government itself.

It was a dramatic about face for Trump, who just three years ago told Barack Obama on Twitter that the U.S. should “stay the hell out of Syria” in the wake of the last chemical attack there, not all too dissimilar to Wilson’s firm stance on neutrality to World War I before a sudden change of heart.

The Syrian attack is just another reminder of our urge for isolationism that’s in the American DNA, and that we are occasionally tested by that feeling. Back then, we felt that involvement in what goes on in the Balkans and Western Europe did nothing for our interests, just like many of us today are frustrated in finding a purpose for our continuous presence in the Middle East.

But let’s remember that we are time and again very good at failing that test. World War I was supposed to be “the war to end all wars.” Because we retreated to our own borders at its conclusion, we’re all aware it did no such thing. We like to associate the atrocities of the Holocaust with the phrase “never again,” when there have been several genocides since then, and we spent years waiting and hesitating to take action while they were going on.

And while we’d like to think the days of global wars are behind us, it’s difficult to say for certain when we put our position in the world into question. Russia is resurgent, hungrily overlooking an increasingly fragile Europe. China is becoming more ambitious and North Korea is on its way to being a nuclear-armed state. And yes, Syria has and is not afraid to use chemical weapons. We are facing dangerous times and our guidance is needed now as much as it ever was.

Many countries are facing the same problems — nuclear proliferation, economic struggles, climate change and immigration. They’re looking to us for solutions to those problems. We need to find them. And we still need to fight for the same causes, the same American values that we have attempted to spread to the world since World War I — good, not evil; democracy, not fascism; freedom, not slavery. Sadly, even in the 21st century, there are too many parts of the world that are living on the wrong end of each of those.

But we instinctively want to close the door on the world, saying we have our own problems. The current administration has proposed banning several groups of people from this country and said repeatedly we need to take care of our own first.

But we weren’t meant to be isolationists. We can’t turn our backs on the world. We’ve done it before and the result wasn’t a good one.

But the times are different now, aren’t they? Europe isn’t in the trenches and passenger ships aren’t being torpedoed by submarines, right?

That’s why I listed earlier the conditions of early 20th-century America that sounded present-day. History is never as distant as we often think it is.

It is unfortunate that such a momentous chapter in our story as a nation like our role in World War I is often overshadowed and labeled as “the forgotten war.” The very souls who took part have become as much a member of history as the war itself. The last U.S. veteran of the war died in 2011.

But as time passes, we must certainly not allow ourselves to forget what we decided on April 6, 1917. We decided two oceans on our borders don’t confine us from the world’s problems. We decided that we cannot be merely a symbol of peace and prosperity, but the beacon for it.

It’s not the job we chose. But it’s the job we have. And we have to live with it because we’ve learned from history that we cannot live without it.

The Flying Saucer
Spring for Cocktails: Downtown Syracuse
To Top