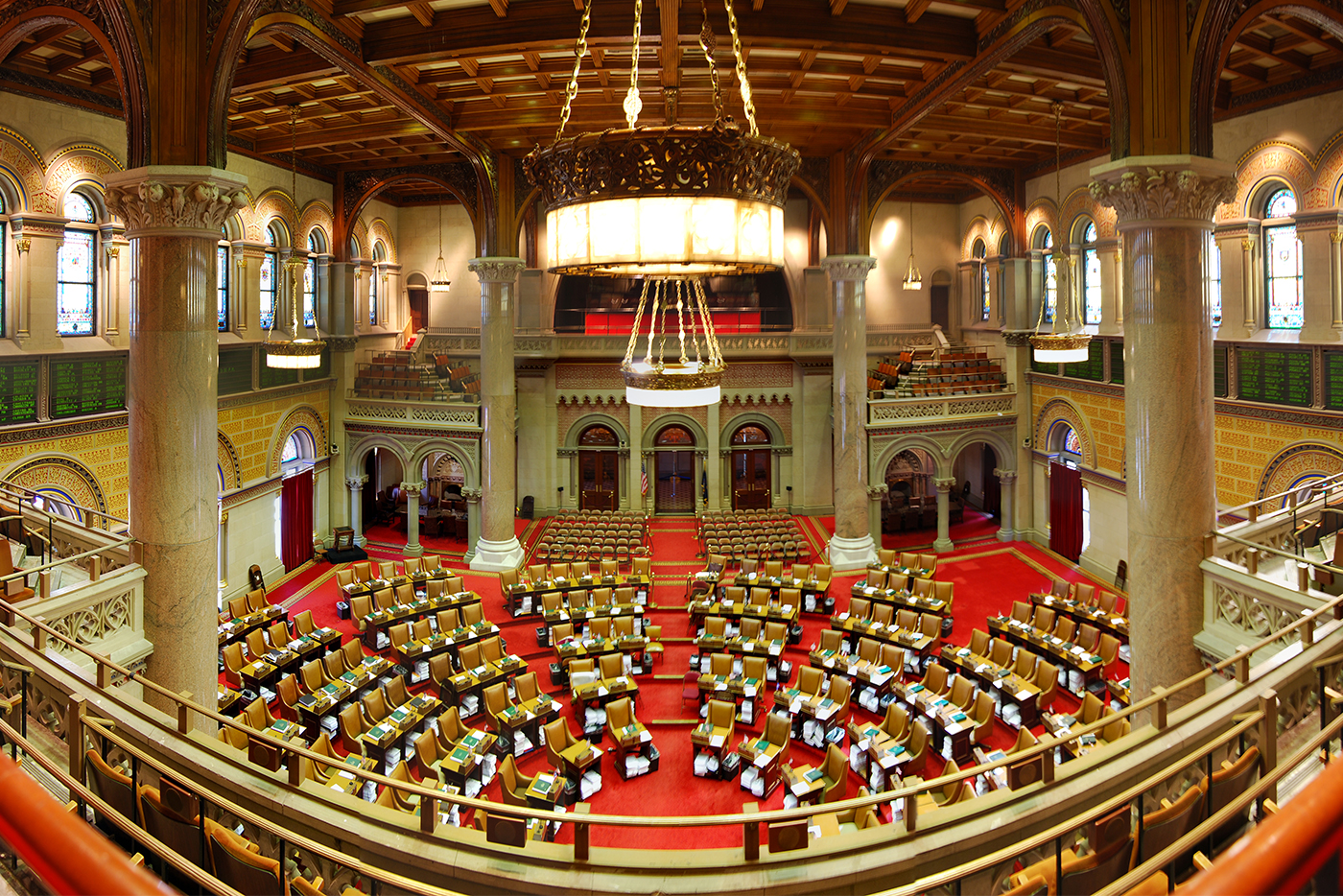 While a raise for New York legislators is overdue, do they deserve one?

I bet many people would like to decide when they get a raise and by how much. I know I would.

Which is why New York legislators, who have the power to do so, are reluctant to try because they are keenly aware that voting to raise their own salary won’t be taken lightly by the people and will likely put their government jobs in jeopardy.

But now they have found a solution. The New York State Commission on Legislative, Judicial & Executive Compensation, a so-called independent panel, will decide if the state’s 203 senators and assemblymen will see a pay raise of 47 percent — from an annual $79,500 to $116,900 starting next year. The purpose of using the commission is to deter the notion that the legislators themselves brought the idea to the table — even though its seven members are all appointed — three by the governor, one by the Assembly speaker, one by the Senate majority leader and two by the state’s chief judge.

Now, let’s make no mistake. The Legislature hasn’t seen a pay raise since 1998. That’s a very long time for anyone to go without one. Many members from both chambers have emotionally expressed that their base pay is not sufficient to meet the standard of living of today, particularly those who reside in the downstate area.

But it doesn’t look like any lawmakers have been starving. Let’s not forget that most Albany lawmakers make more than just their $79,500 base pay, which is already the third highest salary for state legislators nationwide. Most benefit from add-ons, like chairing a committee, which can bring in another $9,000 to $40,000. And the Legislature is only part time. Many legislators earn outside income by working at law firms in their districts or through other means. Six senators earned at least $100,000 in outside income in 2015, according to recent filings. Sen. Michael Nozzolio, from Seneca County in the Finger Lakes, earned between $150,000 to $250,000 in outside income last year — then got his $79,500 from the Legislature. There are many more of our representatives with similar circumstances. Sorry, but I think it’s easy to say you won’t find too many New York citizens who have any sympathy for these sob stories.

There are other arguments our leaders are making for a significant raise. Some say a higher salary could attract a larger amount of candidates to run for office. While that may be true, it’d be more preferable that people run because they want to be a public servant, not simply because it pays well. Too many New Yorkers already believe many legislators use their positions for personal gain and after the exposed corruption we’ve seen just in the last year, the last thing we need is more money in politics and fresh faces to learn the awful tricks of the trade that have landed many of our public servants in public prisons.

Another argument, and perhaps the most laughable one, is that a higher salary will keep lawmakers coming back to serve more terms. Former Assembly employee and commission member Roman Hedges, who has championed the 47 percent raise proposal, said “I’d like the legislators to be well enough rewarded that they’ll stick around.” I’m not sure what Mr. Hedges is worrying about. I certainly don’t see our representatives fleeing from our Capitol in flocks. In 2014, Politico reported that the average tenure in Albany is more than a decade. Sen. Hugh Farley of the Capital Region, just retired after 40 years as a legislator. Joseph R. Lentol has been an assemblyman from the Bronx for 44 years. A lack of long-term politicians in Albany is certainly not a real problem — and truthfully there are probably many people who wouldn’t mind seeing them go anyway.

It’s interesting that Mr. Hedges uses the word “reward” regarding the Legislature, because that word is the foundation for the argument for why they shouldn’t get a raise. The very definition of a reward is repaying a good deed with a good deed. And unfortunately, the Legislature has shown us no reason why it should be rewarded.

After dozens of state officials have either resigned from office or have been placed behind bars on corruption charges, our leaders in Albany sat on their hands and did nothing. After both chamber leaders Assembly Speaker Sheldon Silver and Senate Majority Leader Dean Skelos were arrested, convicted and sentenced to federal prison just weeks apart from each other, our leaders still insist it’s not a problem. When it seems like every month that a new state official or state program is being investigated and accused of corrupt activity, ethics reform is continuously brushed aside.

They told us ethics reform was going to be a part of the state budget. It wasn’t. They promised some measures would be passed by the end of the session. They came out with one modest and watered-down plan regarding only one contributor to corruption — pension forfeiture for crooked politicians — and even that still has many obstacles and several years to go before it could even go into effect. And after that, Gov. Andrew Cuomo had the gall to say the most recent legislative session was “probably the most successful session in modern history.”

Our Legislature has repeatedly failed to even remotely address arguably the most significant ailment in New York in our lifetime. And now they want a raise?

Raises have to be earned. They aren’t handed out to someone simply because they do their job. And our Legislature has a hard enough time showing us it can even do that.