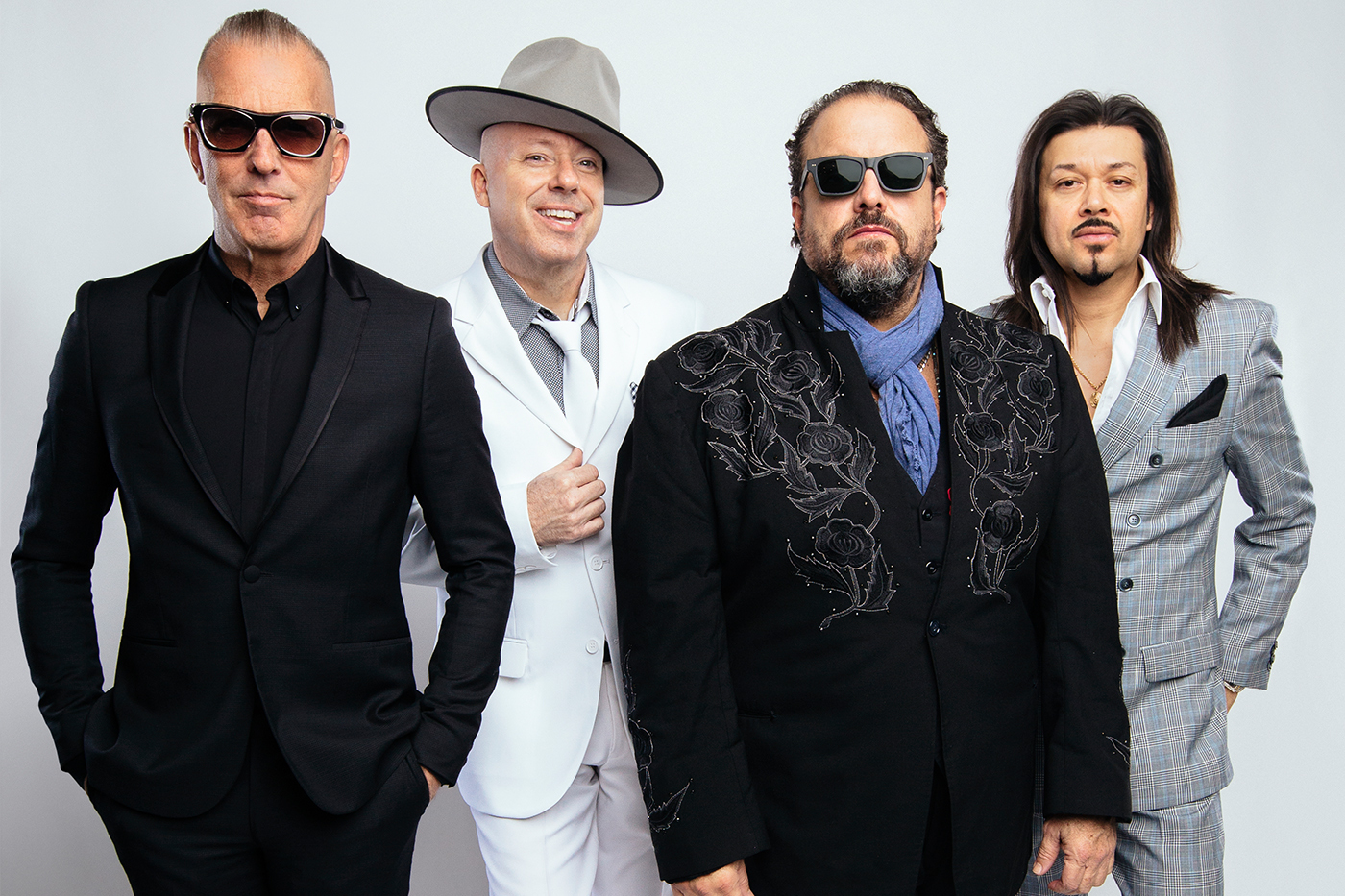 The Mavericks drummer on what makes his Miami sound machine work.

The Mavericks are coming to the M&T Syracuse Jazz Fest … again! For the second consecutive year, a rarity at the annual event, this eclectic, Miami-based band will appear at the Onondaga Community College-based music festival, this time as a headliner and closing act.

Formed in the late 1980s by singer Raul Malo and drummer Paul Deakin, The Mavericks have just released their ninth studio CD, Brand New Day, and have two live CDs and several singles to their credit. Like their previous releases, the new CD is a repository of pan-American rhythms and melodic shadings propelled by Deakin’s polyrhythmic percussion and Malo’s operatic tenor.

A high-energy stage act, The Mavericks stole the show a year ago, upstaging Michael McDonald and infusing the crowd with an irresistible kinetic passion, filling the aisles with revelers. Widely regarded as one of the best live acts on the road today, The Mavericks will perform Friday, June 9, 9:45 p.m., to close the first day of music at the 35th annual Syracuse Jazz Fest.

During a phone conversation, drummer Paul Deakin spoke to the Syracuse New Times about drumming, songwriting and returning to the festival.

How and where did your musical career begin?

I started learning the drums at age 13 in a program at the University of Miami. I ended up going to the jazz school there and got a bachelor’s degree in jazz studies and the music business. I graduated in 1983 and played in a bunch of punk bands and new wave cover bands in the 1980s.

Interesting story: He (singer Raul Malo) and I played a show together. He had a band called The Tomboys with a college radio station hit and I had a band called the Humane Society. At the end of the night he helped me tear my drums down; that’s the first and only time that has happened. (Laughs.) That’s where we met and, really, that’s when The Mavericks got started.

There must have been drummers that caught your ear.

Of course! Early on there was Ringo (Starr) and later in life I appreciated Charlie Watts (the Rolling Stones). And then the jazz drummers: I’m a huge Elvin Jones fan, and Billy Cobham when I was younger. (The Who’s) Keith Moon was a genius as a rock drummer and there was (Led Zeppelin’s) John Bonham, too. There are so many that do their own thing so well, and some that are beyond my pay grade, and so I appreciate what they do with what they have.

How much influence did the music of the Cuban-American community in Miami have on you?

Obviously it was a huge influence on The Mavericks. We’re a hard band to pigeonhole: We listen to everything. We’re a multicultural band with a Cuban-American lead singer and a Cuban trumpet player, and Mexican elements.

We don’t want to be told what we can and can’t put on records. I think that’s a good thing. It makes it harder for radio stations to program us but it allows us to make ourselves happy musically and it has worked for us so far.

Did you have to study the different styles of Cuban and other Latin percussion?

Most of these Latin rhythms are not played on drum sets, they’re played on percussion instruments, especially in the Cuban world. I’ve had to learn to apply Latin rhythms to the drum set. It was not natural at first, but it has become natural over the years.

Your 1994 CD What a Crying Shame was an old-fashioned country album. How do you think country music has changed recently?

I have no problem with people putting other elements in there, but I consider that what country music is today is called Americana. Radio stations need to target their market and they adapt to whatever they want to. I don’t listen to it personally.

Considering the diversity of The Mavericks’ music, what is the songwriting process?

I can only tell you what I have observed. First it’s not limiting yourself to any format. We listen to all kinds of music and we talk about music, looking to rediscover something old or discover something new. Raul might hear something in his head and have an idea that we work on. But it can be improv, where we just go in the studio with an idea and let it happen, and see how it comes out. Most of Raul’s songs are about misery with happy melodies.

Mavericks music is pretty dance-friendly. Is that deliberate?

No, it’s not a prerequisite, it just works out that way a lot of the time. Things just seem to happen for this band: That’s where the improvisation comes in. It’s really more about what’s important in the song to Raul (the principal songwriter) and to the band.

This is your second consecutive appearance at the Syracuse Jazz Fest. What was last year’s experience like?

Well, I remember Frank (Malfitano, Jazz Fest director) for one thing. When you play a festival like this and the director is an enthusiastic lover of music, it makes all the difference. The crowd was amazing. It’s really an honor to be asked back and we appreciate it.

What will be new at this year’s show?

We have a new album, Brand New Day, and new songs. We have better production now. When the energy we put out comes back to us, it becomes cyclical, a celebration. We’re all in the show together. That’s what we try to do. It worked out well last year and we look forward to doing it again.