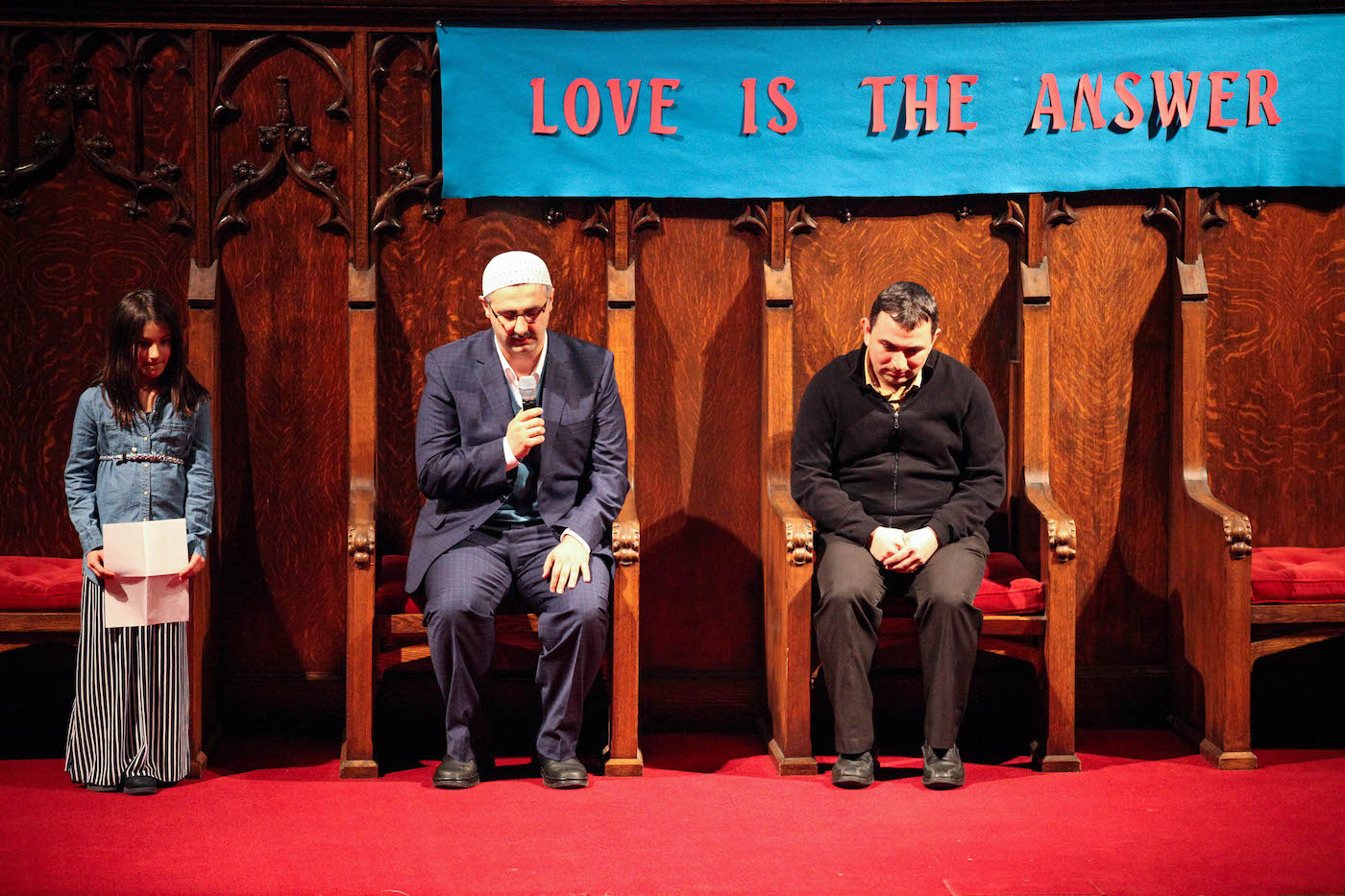 Interfaith Works of CNY brings religions together during time of uncertainty.

For the last seven years, Interfaith Works of Central New York has helped organize a local observance of World Interfaith Harmony Week. The annual celebration of interfaith goodwill took on a sense of urgency this year, coming on the heels of President Donald Trump’s executive order suspending the entire U.S. refugee admissions system for 120 days and banning entry from seven majority-Muslim countries. The crowd listened closely as Gurdeep Singh Nidosra described arriving in New York City after leaving India, where Sikhs were persecuted for their religion. “I looked at the Statue of Liberty,” he said. “It gave me a sense of security. This country welcomed me and gave me the opportunity to rebuild my life.”

But that feeling of security has disappeared, Singh Nidosra said. With Trump’s executive order, “There were people coming (to the United States) and knocking on our door and we were closing the door to them. We are being asked to build walls.”

Hassina Adams, a member of the Mosque of Jesus, Son of Mary, came to Syracuse two years ago from South Africa. She compared the refugee families affected by the executive order to Asians and Jews banned from the United States before World War II. “My biggest fear right now is that history seems to be repeating itself,” she said.

The evening had lighter moments, such as when children of the Turkish Cultural Center acted out the New Testament story of the Good Samaritan. Yet most of the presentations referenced the role people of faith must play amid discriminatory policies. The Rev. Quinn Caldwell, pastor of Plymouth Congregational Church, used bread and cup to illustrate the central message of Communion, the ritual meal Christians share.

Communion, he said, is the ultimate demonstration of love. “We would never dare to deny it,” he said. “We would never build a wall around it. All you need to be to eat at this table is hungry.”

Beth Broadway, executive director of InterFaith Works, encouraged the crowd to appreciate the diversity and supportive spirit at the event. “We should not take this kind of diversity and this kind of evening for granted,” she said. “Central New York is a place where interfaith understanding and interfaith communication has been nurtured.”

Should Trump make good on his threat to create a Muslim registry, “On that day I will be a Muslim and sign the registry and I urge all of us to be Muslims on that day,” she said, drawing enthusiastic applause.

“This is effectively an attack on one faith tradition, and history shows us the danger” of that, Broadway said. “It is our duty as Americans to resist.”