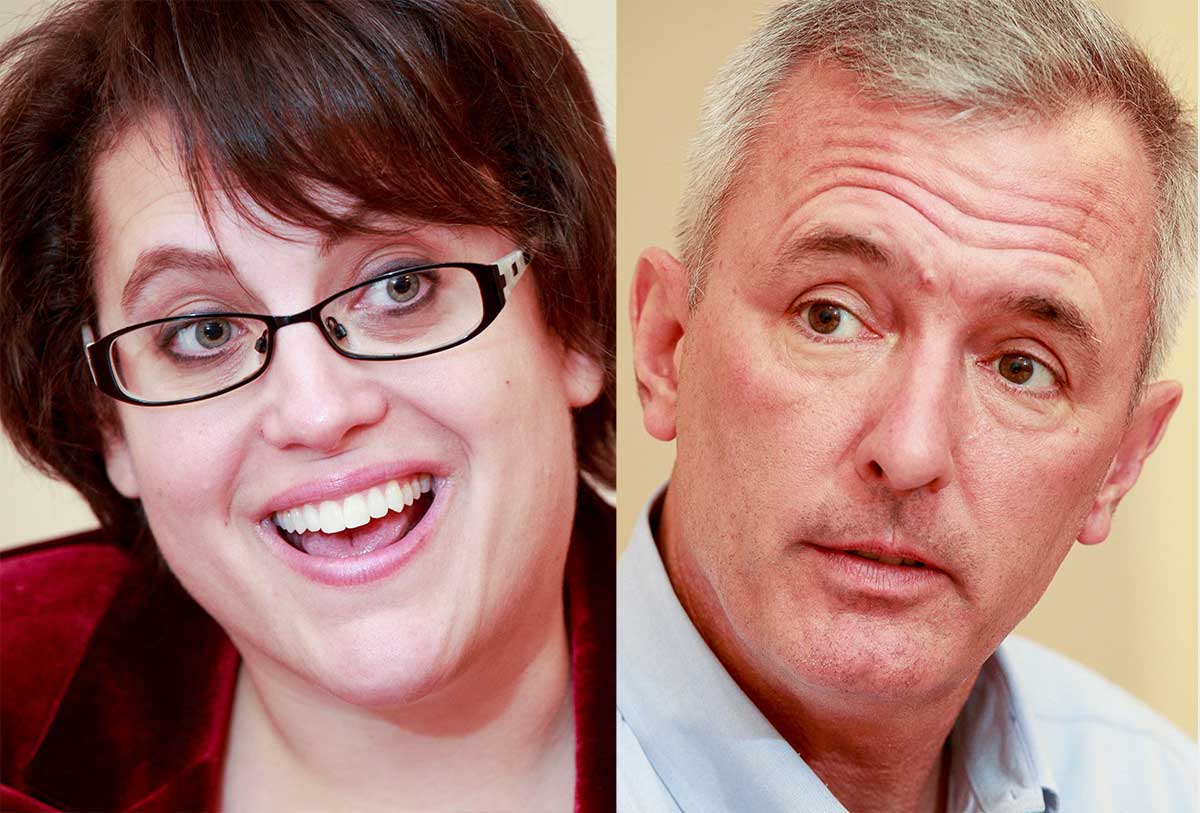 Columnist Luke Parsnow breaks down some facts about congressional candidates Dana Balter and John Katko ahead of the midterm elections.

Four years ago, Central New York prosecutor John Katko was swept into Congress as part of an election in which the GOP won its largest majority in the U.S. House of Representatives since 1928. After he beat Democratic incumbent Dan Maffei by 20 points, Katko insisted he would be an independent and bipartisan voice for New York’s 24th Congressional District on Capitol Hill.

Four years later, Katko is counting on that same image to keep him afloat in what many forecast to be a Democratic wave in next week’s midterms. But while he faces a convincing challenge from Democratic opponent Dana Balter, Katko is really fighting a two-front war: Balter and the Democrats on one side and members of his own party on the other.

Katko, who represents Onondaga, Cayuga, Wayne and part of Oswego counties, has not held back his criticism of Republican-controlled Washington. He has said that he did not vote for Donald Trump for president, instead writing in U.N. Ambassador Nikki Haley’s name.

Katko openly blames the extreme conservative wing of the GOP for stonewalling bipartisan legislation in the House on major issues like immigration and infrastructure. And he voted against some of the party’s most controversial bills that have been at the top of President Trump’s priority list: the effort to repeal the Affordable Care Act; the 2018 Farm Bill because of its proposed cuts to food stamps; and Trump’s 2018 budget resolution.

Katko co-chairs the Tuesday Group, made up of 50 moderate House Republicans who counter the more conservative House Freedom Caucus. He is also a member of the Problem Solvers Caucus, an evenly divided group of Democrats and Republicans seeking bipartisan cooperation on issues. He has been consistently ranked as one of Congress’ most bipartisan members; the Lugar Center ranks him seventh out of all 435 legislators.

Katko handily defeated his Democratic rival Colleen Deacon in 2016. In a district that leans Democratic, Katko managed to come out of 2016 as one of just 23 Republicans in the entire nation who won in a district that voted for Hillary Clinton for president.

But don’t be fooled by this in-your-face independence, Dana Balter argues, because Katko is as reliable a Republican vote as any other.

One of Balter’s favorite points is that Katko votes with President Trump 90 percent of the time. That’s according to FiveThirtyEight, which takes into account Katko’s frequency of breaking with his own party, if that tells you anything about how partisan Washington is these days.

While Balter labels Katko’s health care vote and others as a politically calculated one, she reminds us that he supported the Republican tax plan, which includes reversing the individual mandate of the Affordable Care Act, which renders the landmark law moot.

Balter points out that Katko, who says he believes climate change is real and that humans contribute to it, voted to repeal an Obama-era coal mining regulation meant to protect waterways from mining remnants. He also supported repealing two regulations Democrats fought fiercely to protect: internet privacy rules that block service providers from using individuals’ data for advertising purposes, and rolling back financial stipulations on big banks that were put in place after the 2008 financial crisis.

If Balter wants to win, her task is to bring under her umbrella the quarter of registered Democrats who voted for Katko two years ago, since most traditional Democrats will vote for her anyway. If Katko wants to win, he has to keep those Democratic voters and reassure his more conservative voters that his splits with the president or his party leadership don’t alienate them.

Will Katko’s moderate image help him survive in the tumultuous era of Donald Trump and a Republican Congress? Or will Balter have the message, timing and luck that propel her to victory just like it did her opponent four years ago? Stay tuned.